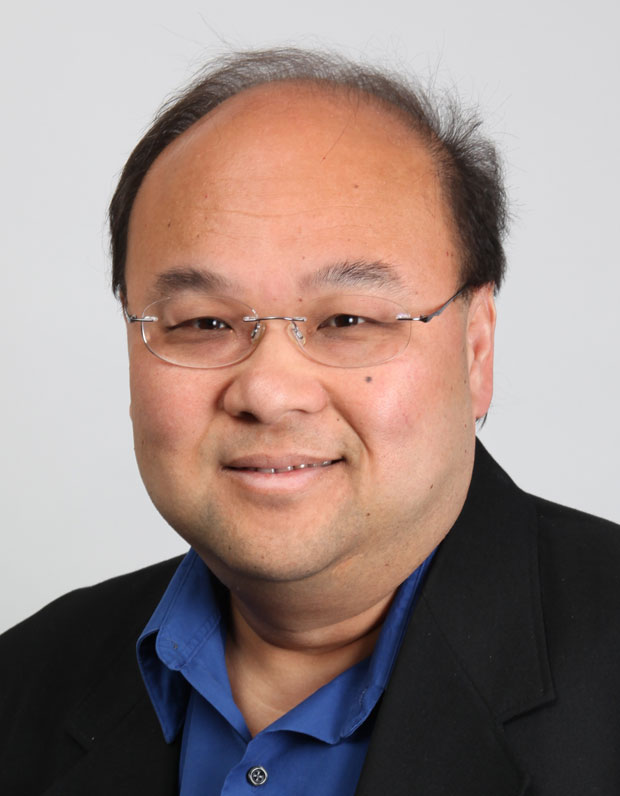 An average amateur golfer swings the driver at approximately 100 mph prior to contact with the golf ball. For Professional Golf Association professionals, the club speed increases to approximately between 125 to 135 mph. A driver is a bulky, intrusive object in the direction of the airflow, and therefore, generates a significant amount of drag force with the swing motion. The shape of the club has a definite influence on the drag force. Minimizing drag force is considered a part of the club design to optimize the club shape and size.

The United States Golf Association regulations limit the driver head volume to 460cc. Thus, driver design is focused on maximizing the size of the “sweet spot” on the club face, while conforming to the overall volume restriction. Because of this, golf club manufacturers are often interested in predicting drag forces and identifying specific geometric features contributing to the total drag (pressure and friction drag) on drivers. Given development trends today, the club face size has increased over the past 20 years, while the tail end resembles a more streamlined airfoil shape to trim volume for this portion and to induce less drag for a better swing.

One method for computing golf club drag is to build a variety of prototypes and conduct wind tunnel testing. At upwards of $1,500 per hour to rent a wind tunnel, with many different orientations and speeds to consider, prototype testing becomes a very expensive and time-consuming option. Also, very little useful information is provided as to why one design is better than another.

Instead, computational fluid dynamics (CFD) analysis can be used to simulate and predict drag force. Because the club size is relatively small compared to large objects such as cars and airplanes, the analysis needs to be able to predict small changes in drag caused by subtle changes in driver shapes. By using CFD analysis, not only can a variety of configurations and orientations be easily analyzed, but the features creating the most drag can be readily identified from the results, which helps to narrow down the “what-if” scenarios in design changes.

Because of the shape of the club, there will be a wake region behind the club, which includes recirculation, shear layer mixing and possibly vortex shedding. For this type of analysis, turbulence modeling is always a concern. The standard k-epsilon model is not ideal for separated flows, it tends to under-predict the aerodynamic performance. For this analysis, the SST (shear stress transport) turbulence is used in order to more accurately capture the adverse pressure gradient in the wake region to resolve drag force difference between designs. The SST model has demonstrated the capability to predict flow separation and shear layers better than other two equation turbulence models. For a club speed of 100 mph, the flow speed increases to about 120 mph when the flow passes over the upper surface the club. A flow separation is observed in the wake region of the club. In addition to club speed, CFD analysis is also capable of handling various flow angles, representing possible slice (open club face) or hook (closed club face) shots. 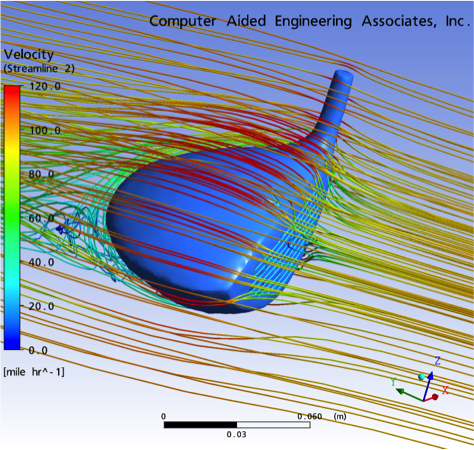 Representative streamlines and flowfield solutions for a driver.

CFD analysis provides the resultant drag force for different driver designs. More importantly, it displays the three-dimensional flowfield solutions to help identify the contributing factors, such as the size of the club face, surface curvature, and the differences in drag force for potential design variations. Based on the CFD results, golf club designers can effectively alter the club design to obtain optimum club shape and aerodynamic performance.

Dr. Hsin-Hua Tsuei is the CFD Manager at CAE Associates Inc. and is one of the pioneers in CFD technology. He has extensive experience using CFD for a wide variety of applications, including turbomachinery, power generation, plasma and chemical processing and propulsion.