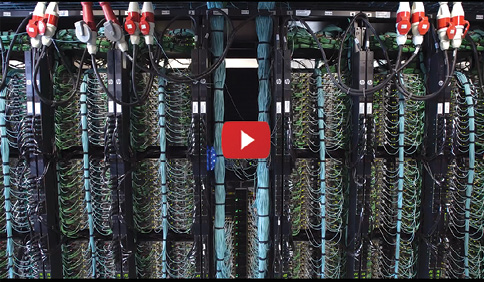 WATCH THIS to see how MIT Lincoln Laboratory Supercomputing Center created a 1 petaflop system in less than a month: youtu.be/pyqT3LK8dhg.

At an application level, the LLSC focuses on providing interactive development environments for rapid prototyping, such as Python, MATLAB, GNU Octave, Mathematica, R, and Julia. In addition, the LLSC has had extensive success with merging supercomputing hardware with big data tools, such as map reduce, and high performance databases, such as Apache Accumulo and SciDB.

When they set out to build their latest supercomputer, the LLSC team members focused on creating a petascale system, which equates to performance greater than one petaflops, or one quadrillion floating point operations per second.

The technology and vendor selection process led the LLSC to Dell EMC and systems based on Intel® Xeon Phi™ processors and the Intel® Omni-Path Architecture network fabric. The team felt that the Dell EMC solution offered the robust combination of compute performance, network bandwidth and software support needed for the project to meet its long-term objectives of enabling computationally intensive research in the areas of autonomous systems, device physics, and machine learning.

Learn how LLSC reached its goals by getting its supercomputer online in less than a month and running at 1.032 petaflops using the High Performance Linpack (HPL) Benchmark.

The MIT Lincoln Laboratory Supercomputing Center (LLSC) needed a next-generation supercomputer to power the work of thousands of scientists and engineers.

Solutions at a Glance