The Million Waves Project launched a new initiative that hopes to both reduce ocean plastics while also tackling another problem – the lack of affordable prosthetic limbs available in the developing world. 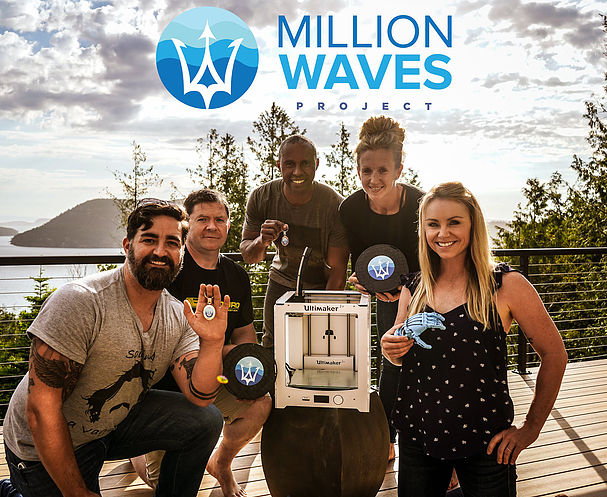 The Million Waves board of directors. The group plans to turn plastic waste from the ocean into prosthetics. Image: Million Waves Project.

We dump an estimated 28 billion pounds of plastic into the world’s oceans each year. It not only poses a hazard to fish and other animals, but the sheer volume of it is doing damage to entire ecosystems. A number of companies are working on solutions to the problem, from self-propelled skimmers to plastic-eating bacteria. This past Earth Day, the Million Waves Project launched a new initiative that hopes to both reduce ocean plastics while also tackling another problem – the lack of affordable prosthetic limbs available in the developing world.

The Million Waves Project hopes to serve the 40 million people around the world who don’t have access to the prosthetics they need.

The company removes recycle plastic from the ocean and turns it into 3D printing material. Using an open Web app, people who need a prosthetic limb can sign up to get a new hand arm or single digit built to their exact specification.

According to the organization, each prosthetic costs approximately $45 dollars to source, print and deliver.

Founder Chris Moriarty launched the program with support from GreenBatch, an Australian company that recycles plastic into 3D printing filament. Other participants include e-NABLE, which provides the open-source prosthetics templates, and 3DUniverse, which helps connects the recipients of the prosthetics to the money raised by Million Waves. The prosthetics themselves are printed on an Ultimaker 2 printer.

Million Waves is also working with the Washington CoastSavers, which focuses on cleaning up garbage along the Pacific Coast shoreline.

“Closing the loop by reclaiming marine plastics is the ideal situation for the waste collected during our cleanups,” said Nicole Harris, a member of the CoastSavers’ steering committee. “It is so exciting to partner with Million Waves Project on this creative and thoughtful solution to our plastic pollution problem. Being able to provide a resource for such a good cause adds to the reward our volunteers feel in doing their already impactful work.”

In the future, the project plans to also print wheelchairs and dental prosthetics.

Companies that wan to support the project can learn more here. Individuals can also donate here, as well as sponsor a $45 prosthetic to receive a Million Waves keychain. 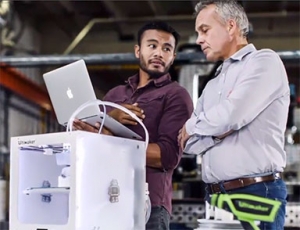