It's not often that I come across new technology that impresses me the way BMF’s micro-precision 3D printers have.

It's not often that I come across new technology that impresses me the way BMF’s micro-precision 3D printers have. I’ve written this blog post with the hopes that I can help share this amazing technology with other engineers and designers enabling them to push the limits of what’s possible in their fields just as I am doing in robotics. 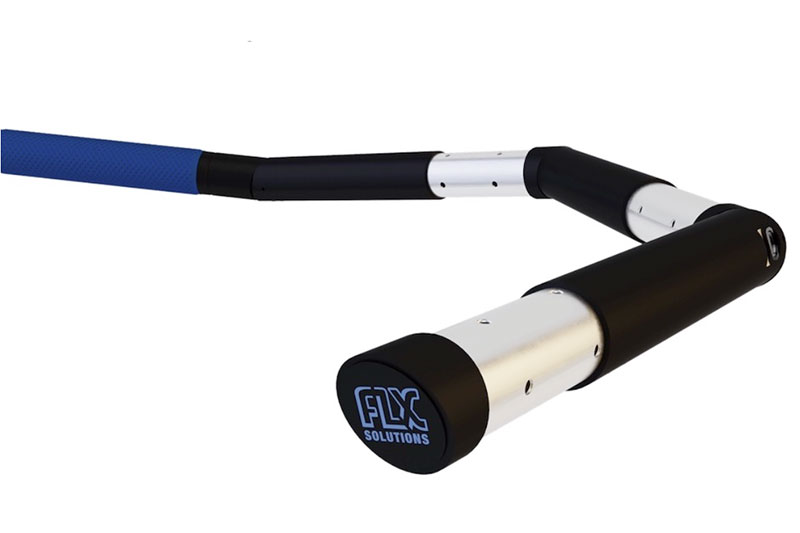 At this point in consumer 3D printing you can get quite good prints for less than $300. But this hasn’t always been the case. I used to hate 3D printing. My first experience was in undergrad with an industrial grade printer that never worked. By grad school, the lab I managed had a first generation consumer 3D printer whose steppers sang at the top of their lungs while poorly printing parts mere feet from my desk. Suffice it to say, it collected a lot of dust.

Fast forward to 2018. I bought my first modern hobbyist printer for $800 and it changed my life. It was silent and printed with more than sufficient tolerance for prototyping robots (and everything else). It just worked. Period.

At the time, I was finishing up as a professor at Lehigh University furthering the development of the snake-like robot I invented as my doctoral work. It was created for driving through walls to run wires without a mess. And was going to be a metal monster costing at least $15K.

But that new printer changed everything. I realized that I could leverage a 3D printing to prototype faster. This ultimately led to the mindset shift of creating affordable, mass-deployable snake-like robots for inspection and repair. And led to my current job as the Founder and CEO of FLX Solutions, Inc.

FLX is disrupting the robotics industry with highly functional and intelligent robots that are miniaturized to operate in spaces that humans and traditional robots cannot easily access. Our first product, The FLX BOT is a patented, snake-like robot that is one inch in diameter and expands, braces, and climbs to perform many customizable actions. Our modular robot is made up of identical, interchangeable links that each have a camera and sensor to enable 3D mapping and autonomous navigation. Each robot has interchangeable end effectors including drills, grippers, vacuums or sprayers.

Finally Something New and Different

Being in the hardware startup world I’ve seen the 3D printing fad come and go. People at pitch competitions claim to have invented a new type of FDM (Fused Deposition Modeling) printer that is really nothing new. I’ve also experienced the rise of SLA resin printing for consumers. While they can make very beautiful and even accurate parts, they seem to be used more for making figurines than engineering. At this point, it’s rare that I’m impressed by a new type of 3D printing technology.

So as the founder of a robotics company making some of the smallest and strongest robots in the world, I’m constantly stuck figuring out how to prototype my parts. Especially the tiny ones. This meant having to transition some components to classical machining from printed prototypes because my consumer grade printers just can’t print them.

Enter Boston Micro Fabrication, the pioneer in high precision 3D printers. I met the BMF team at a trade show in NYC. When I saw the scale and detail of parts they had on display, my jaw dropped. Having spent a large portion of my mechanical engineering PhD attempting to machine parts to 1/10th of BMF’s capabilities I didn’t believe it was true. The parts must have been made some other way besides printing.

How Am I Going to 3D Print Something So Small?

I spoke with Jason and his team at the same time as I was bidding out a gearbox design for prototype manufacturing. Before I could even get all the quotes back from manufacturers, a package full of neatly packaged printed parts appeared. I didn’t modify my part models before sending them over. They were printed at their nominal dimensions. Perfectly. The gearbox spun, worked, and I slept better knowing that the design would work, despite not having the metal machined parts arrive for weeks.

As a mechatronic product engineer, I spend a lot of time while designing considering how I will make the part. Ironically, mass production is often easier than getting a handful of prototypes made. Especially when money is tight. The BMF micro printing technology has changed the realm of what is possible for me as a designer. I no longer have to ask “how am I going to print something that small?” and “wouldn’t it be great to print a couple out of plastic before spending thousands on metal test parts?”

But the applications of the microscale printing go far beyond prototyping parts for my robots. The use cases in biomedical engineering are just as impressive. I remember in graduate school that others in the Injection Molding lab I was working in for a semester were trying to micro injection mold petri dishes with microscale features on them.

It turns out that one of the factors that influences what stem cells become when they grow up is the mechanical surface they are grown on. I can only imagine what my colleagues would have done to have access to 3D printing technologies that allowed them to create these test samples by simply clicking print rather than designing molds, machining them, adding them to the molding machine, tuning the parameters….. You get the point.

Pushing the Boundaries of What is Possible

It’s not often that I come across new technology that impresses me the way BMF’s micro-precision 3D printers have. I’ve written this blog post with the hopes that I can help share this amazing technology with other engineers and designers enabling them to push the limits of what’s possible in their fields just as I am doing in robotics. 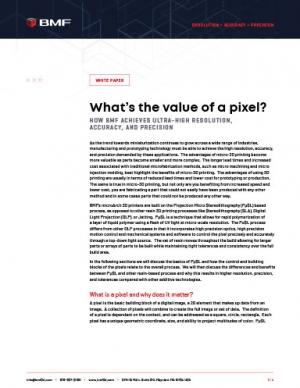