Reflow is attempting to combine recycling with humanitarianism to help foster local production and economies. 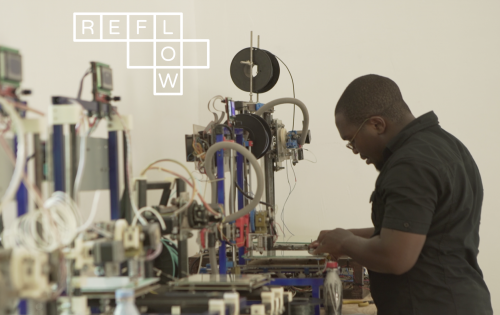 Reflow is hard at work perfecting its recycling efforts. Courtesy of Reflow.

How to Successfully Introduce 3D Printing in Your Business
Bringing the 3D printing process in-house is an effective way of optimizing the product development...
Prototype/Manufacture Resources

Plastic is a fantastic material used in all levels of production that has generally resulted in improved quality of life for humanity. It is also one of the largest contributors to waste around the world. We have islands of floating plastic debris in our oceans, and mountains of used plastic cluttering up landmasses.

One solution to the problem of plastic is recycling. Recycling not only helps the planet, but it also offers employment opportunities and provides a valuable resource for manufacturing. A new startup called Reflow is attempting to combine recycling with humanitarianism to help foster local production and economies, along with reducing the acres of plastic that litters the world.

“We’re wasting and enormous amount of plastic every day,” says Jasper Middendorp, founder of Reflow. “Nowhere is this as apparent as in developing regions where you see it lying around everywhere, or worse being burned in open air. [Reflow] believes 3D printing can truly be a transformative technology for developing regions. Not only because we can clean up some of the plastic and change the way people see it, but also because the technology itself makes sense in these regions. They often struggle with high-import tariffs, broken production infrastructure and low product quality. “

The inspiration for Reflow came after Middendorp visited Nairobi in 2014, and became more aware of the plastic problem, the local economy and 3D printing technology. 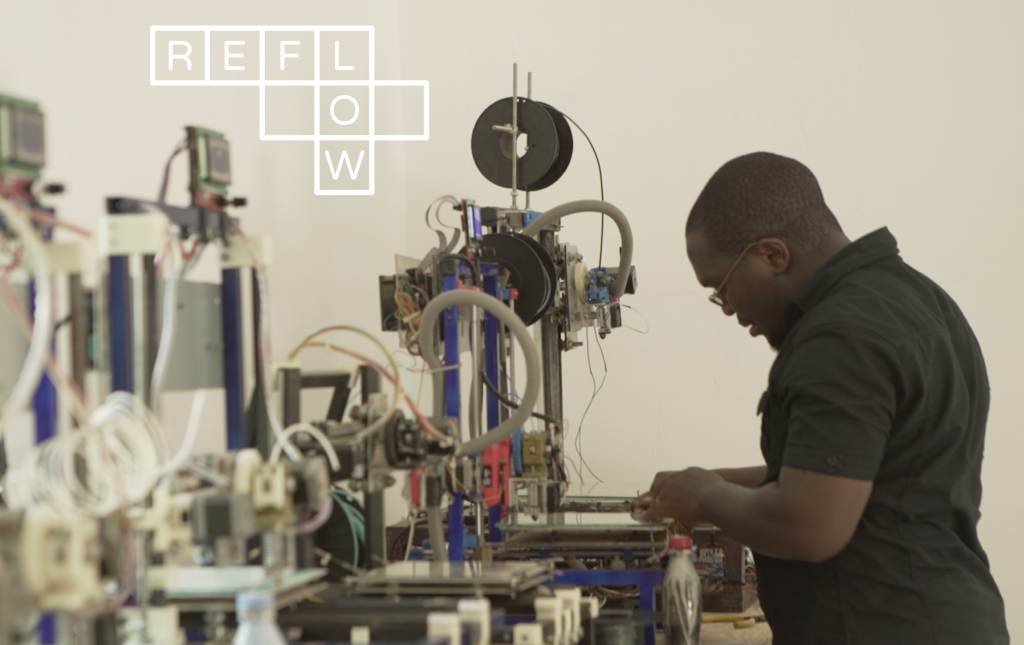 Reflow is hard at work perfecting its recycling efforts. Courtesy of Reflow.

Many countries have some sort of recycling program, either publicly or privately owned. In developing nations, most of the recycling is performed by for-profit entities that pay plastic “pickers” about a quarter for each pound of plastic brought to recycling centers. In some cases, this is the pickers’ only source of income, leaving them to survive on a few dollars a day. As part of his visit in 2014, Middendorp noticed the large gap between what these people receive for plastic ($0.15) and how much filament is sold for on the market (>$25), he says.

Reflow’s plan is to work with the pickers to change the narrative by establishing a new value for recycled plastic in the form of filament that can be used in 3D printing. In addition to providing increased pay for the pickers, locally produced filament could work hand-in-hand with desktop 3D printers to provide low-income areas with inexpensive products. In theory, the system could create a micro-economy that is capable of supporting itself, enriching the community and closing this pay gap.

“The exciting thing is the impact the technology can have in these countries,” says Middendorp. “Imagine if they could go from import reliance to strong local economies able to locally supply people with the products they actually need. Imagine what this can do for distributing transportation in a place like Nairobi where you may be stuck in traffic for hours each day.”

The transition from plastic trash to usable filament comes by way of open-source systems that turn plastic into pellets. The pellets are then spun into filament. While the filament might not be of high enough quality to use in industrial systems, it has plenty of uses for lower end 3D printers. According to Middendorp, it can be used for most desktop applications with any printer that can reach temperatures of 240°C. A heating bed is recommended.

“Reflow is a PET filament which means it’s strong, durable and can take a punch,” Middendorp explains. “We are currently focusing on transparent filament but we expect color options to be available by the end of the year.”

Along with fostering economic growth, Reflow has promised to invest 25% of its profits into local manufacturing, and it says at least $3 from each roll of filament will be handed over to pickers.

Reflow is currently conducting a Kickstarter to help raise cash in an effort to improve its filament production process. Below you’ll find the fundraiser’s video.

Additional reporting contributed to this article by Jess Lulka.