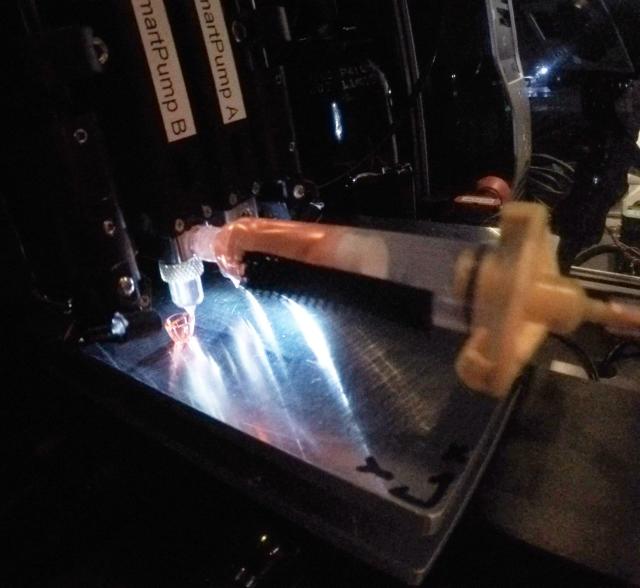 According to an article in RT News, Russian space manufacturer Rocket and Space Corporation Energia thinks that bioprinting in microgravity conditions could help accelerate the process of printing living tissue. 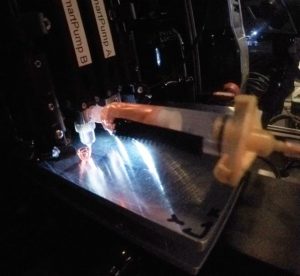 By printing tissue in a weightless environment, the printed tissue can be formed from different sides in more of a “sculpting” process, rather than be created layer by layer.

NASA, nScrypt and Techshot Inc. printed cardiac and vascular structures this past summer using human stem cells on a Zero-G parabolic flight. In that test, the printer used a lower viscosity bioink that did not contain chemicals or other materials for structural support. Some researchers also believe that stem cells may grow faster in space.

The proposed experiment would use magnetic field manipulation to print the tissue on the ISS, and has already passed an internal feasibility review, according to Valentin Uvarov, department head for commercial projects of manned space exploration at Energia.

The next phase will involve development and approval of the technical specifications and design documentation for the equipment to be used in the experiment. The Russian space agency Roscosmos will need to approve the final details of the project.

Before any equipment can be sent to the ISS, the research team would need to develop and test experimental techniques and train crew members to operate the equipment. That process will involve Energia, the FSE Cosmonaut Training Center and the Institute of Biomedical Problems (IBMP).

According to Lyudmia Buravkova, deputy director of the IBMP, the experiment is important “for the understanding of the contribution of the gravitational factor in tissue morphogenesis and its prospects in the development of new areas of biomedical support manned missions into deep space.”

You can read more about the project in this Russian-language article.

Crew members on the ISS already have access to a traditional 3D printer, which can be used to fabricate tools and other items.