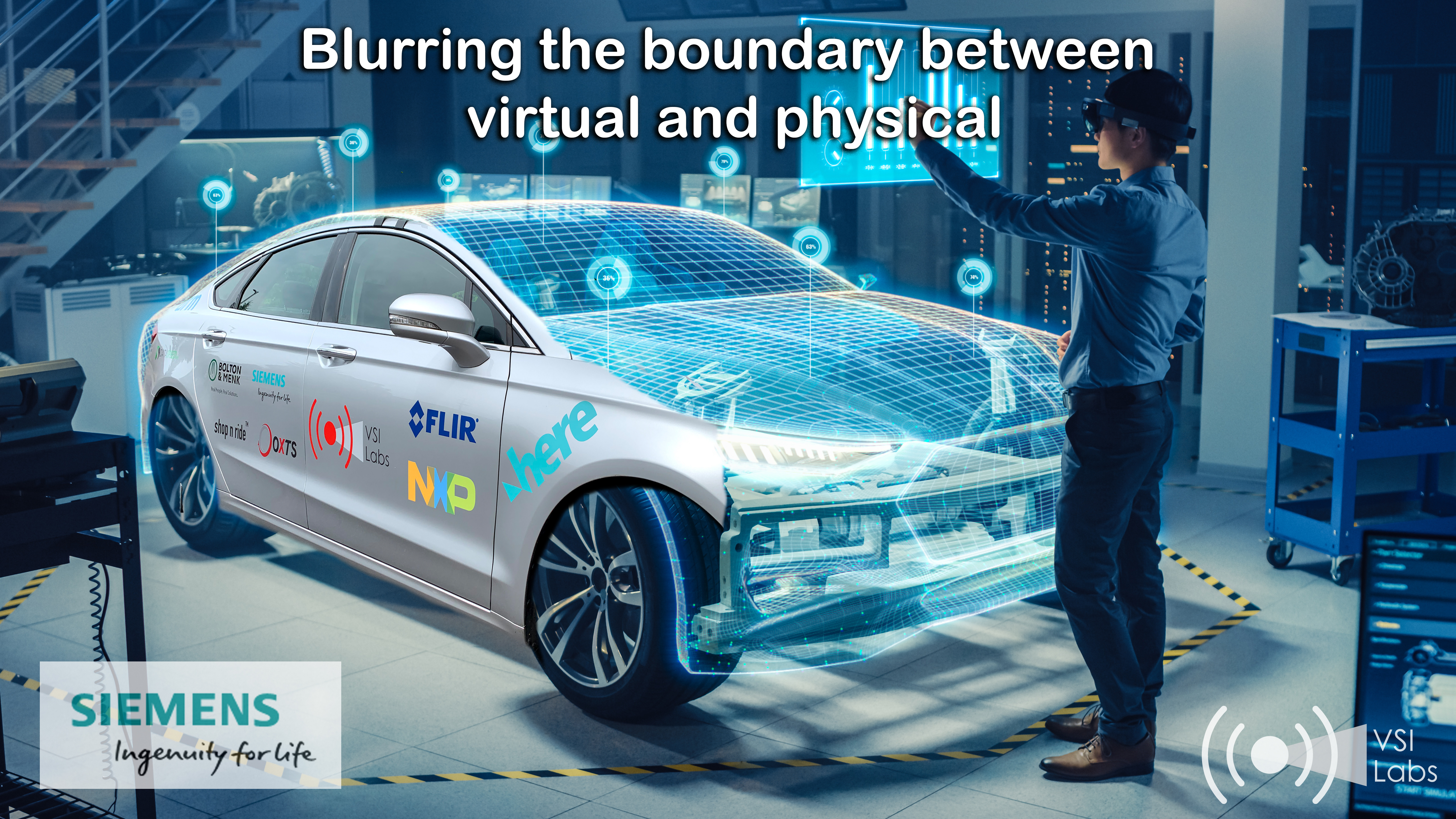 Given the vast complexity and scope of autonomous vehicle development, it’s going to take a village to get new, self-driving cars to market. VSI Labs, which already collaborates with a variety of leaders on its VSI Labs Capability Demonstrator, is striking yet another partnership, this time with Siemens Digital Industries Software to advance development using digital twins.

VSI Labs, which researches active safety and AV technologies, is partnering with Siemens, using its PAVE360 platform to create digital twin simulations for the validation and testing of all the processors, electronics, sensors, and systems that are powering the VSI Labs Capability Demonstrator. The latter is an advanced AV development vehicle equipped with components from best-in-class automotive technology leaders, including ARM for processors, NXP for the central compute platform, FLIR for thermal cameras, and Dataspeed for a by-wire control systems, among other functionalities.

“The Capability Demonstrator mirrors the behavior of VSI Labs’ physical vehicle so that corner cases can be tested that are too rare, too dangerous, or too difficult to test in actual driving conditions,” says David Frit, senior director, Autonomous and ADAS SoCs for Siemens.

The PAVE360 pre-silicon autonomous validation environments serves as a comprehensive platform for multi-supplier collaboration across the entire AV ecosystem. PAVE360 simulation capabilities go beyond processors to create digital twins that encompass everything from automotive hardware and software sub-systems, full vehicle models, and fusion of sensor data to traffic flows and the simulation of smart cities, which will eventually play host to AV traffic.

This high-fidelity twins are far more useful to on-going development compared to low-fidelity models and algorithms running on a PC farm, Frit claims. “It is well understood in engineering circles that assuming common behavior in a complex embedded environment often results in unexpected subtle, and deadly, situations that are difficult to find and debug in advance,” he explains. “High-fidelity digital twins such as those applied to PAVE360 do not exhibit substantially different behavior from the hardware … and therefore, complex validation scenarios can be performed with high confidence.”

Without PAVE360’s high-fidelity capabilities, there can be no correlation between the virtual and physical vehicles, thereby losing confidence that virtual testing is representative of what will happen in the real world, he adds.

VSI Labs officials say the Siemens collaboration and the addition of PAVE360 to the ecosystem is important because it substantially enhances the ability to analyze, test, and deploy advanced safety and automated driving systems. “By creating a digital twin of our demonstration vehicle, VSI developers can test applications long before physical deployment, which will save time and reduce development cycles,” notes Phil Magney, VSI Labs founder and president, in a press release.

Check out this video for a quick glimpse of the VSI Labs Capability Demonstrator.

Digital Twin Continues to Proliferate Software and Digital Industries
From the ancient Pythagorean Cup to the ultra-modern rocket launchers, all with Simcenter and all in this issue of Engineering Innovation.
Medical Device Simulation’s Next Frontier
Simulation-led workflows now dominate early-stage device design and have edged into bench testing and validation.
Editor’s Picks: Dec. 31-Jan. 6, 2021
One of the picks will be chosen as DE’s Editor’s Pick of the Week.
Siemens Updates Parasolid
Convergent Modeling paradigm becomes core to Parasolid technology.
Sponsored Content
Engineer a Better Tomorrow with Simcenter
The comprehensive digital twin is a key enabler for digital transformation.
Sponsored Content
The Role of Simulation and Test in a Digital Twin Strategy
S. Ravi Shankar of Siemens explains comprehensive digital twins and how Simcenter can improve performance engineering.
Siemens Digital Industries Software Company Profile