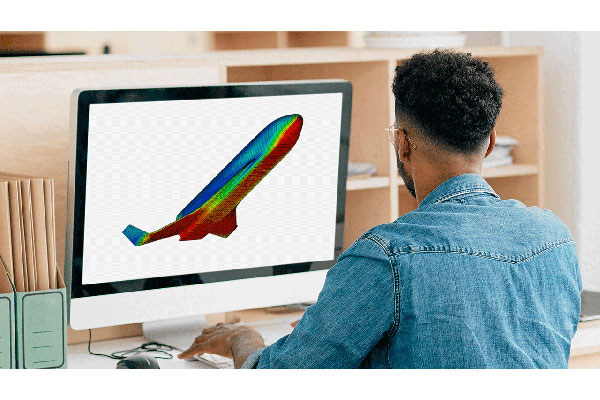 The ZONA technology will become part of Siemens’ Simcenter software portfolio, allowing the creation of an airframe structure design and certification analysis digital thread, beginning with early concept studies, through high-fidelity aero-structural optimization and to the structural certification and documentation. The combination of ZONA Technolog high-fidelity aeroelastic methods and Simcenter simulation can reduce dependency on third-party aeroelasticity tools and replace disjointed workflows for airframe analysis, simulation and verification, Siemens reports.

“The aerospace industry is facing unprecedented technological challenges as it pursues the complexity of both climate-neutral aviation and the rebirth of supersonic travel,” says Jean-Claude Ercolanelli, senior vice president, Simulation and Test Solutions, Siemens Digital Industries Software. “The addition of ZONA Technology, Inc. capabilities to the Xcelerator portfolio will help to support our customers going further with their digital transformation and will strengthen Siemens effort to build a comprehensive and cutting-edge end-to-end airframe structure design and certification workflow to the Aerospace industry.”

“We are excited to join Siemens Digital Industries Software and bring our expertise and technology for aeroelastic simulation to improve the digital thread for aircraft structures and airframe design,” says P.C. Chen, CEO, ZONA Technology. “A continuous digital connection between the flight physics and structural departments can reduce the number of iterations and speed up the airframe structure certification for aircraft companies striving to launch innovative new aircraft programs on time and on budget.”

Based in Scottsdale, AZ, ZONA Technology has been serving the aerospace community with commercial software since 1988, with a primary focus on aeroelastic simulation technology, which helps to predict flight loads and flutter behavior. It is used by some of the large aircraft original equipment manufacturers.

The transaction is expected to close in the second half of calendar year 2022. Terms are not disclosed. Learn more about what this acquisition means for the aerospace industry on the blog here.