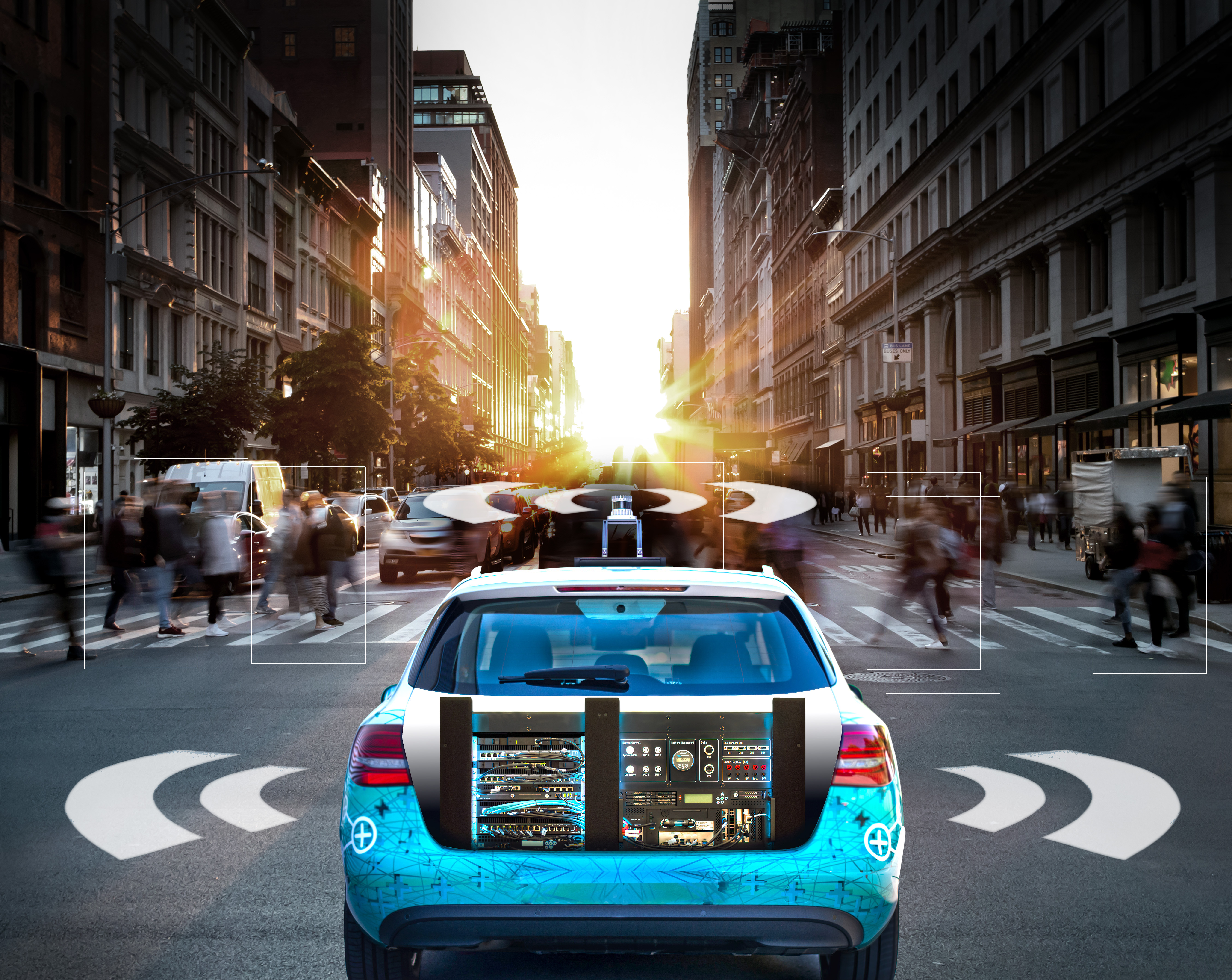 Through a partnership with b-plus, a maker of ADAR technology, the new Simcenter SCAPTOR offering combines hardware and software to record, visualize, and replay high-fidelity raw data along with a way to link that ADAS data to the central development process.

Because ADAS and autonomous vehicles take over driving tasks that have traditionally performed by humans, they require massive amounts of data and AI-driven intelligence to match the system’s driving performance to the level of its human counterparts. As the level of automation rises, an increasing amount of data is required to train AI algorithms and to identify critical scenarios that might happen on the roads to test the safety and performance of these new systems. That data can either be generated synthetically through simulation environments like Simcenter Prescan or can be real-life recorded data, like what’s possible with Simcenter SCAPTOR, according to Matthieu Worm, director of autonomous vehicles, simulation and test solutions, for Siemens Digital Industries Software.

“With the introduction of Simcenter SCAPTOR, Siemens is the first company to combine a physics-based sensor simulation platform with a raw sensor data acquisition solution in a single portfolio, leveraging simulation to enrich recorded data sets,” Worm explains.

Automotive perception sensors like cameras, radar, and Lidar generate massive amounts of raw data, and Simcenter SCAPTOR makes it possible to record these massive data streams, store them, and upload them to a cloud or local cluster storage solution. The platform also enables replay of recorded sensor data in a time synchronized way to enable Hardware in the Loop and Software in the Loop testing. “This makes it possible to run tests in a laboratory environment,” Worms says. “It delivers a solution that is repeatable, efficient, and less costly than testing on real roads.”

By linking ADAS development to noise, vibration, and harshness (NVH) and vehicle dynamics performance, Simcenter can now offer AV development teams a 360-degree view of performance attributes of autonomous vehicles. This, in turn, enables a closed-loop development process, providing a autonomous vehicle platform that covers the physical and virtual aspects of development, from real-world data collection through 1D and 3D modeling during system development and on to virtual testing.

Through the Simcenter portfolio, companies can merge test and simulation throughout all phases, including data capture, analysis, exploration, verification and validation, and cycling back to the data collection stage. The result is a toolchain that can greatly speed the development process and close the loop between development and real-world ADAS data collection.

“Increasing levels of automation imply a shift of liability from the driver towards the system OEM,” Worm says. “It is critical to have a thorough and well-documented development process to ensure the required levels of safety and to be able to demonstrate the work done in case of liability claims. A model-based system engineering workflow and toolchain support that.”

For a deep dive into how SCAPTOR works, check out this video.