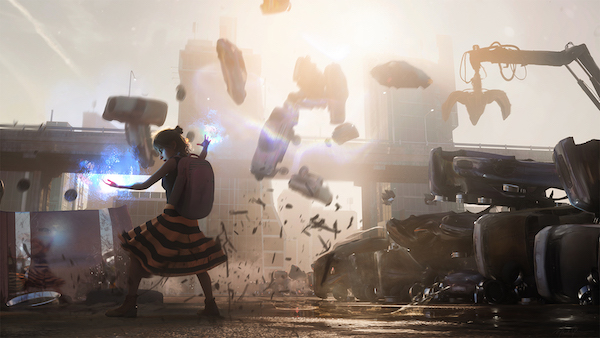 At SIGGRAPH this week, NVIDIA unveiled significant expansions for its Omniverse simulation and collaboration platform. Chief among them are expanded partnerships with both Blender and Adobe that will expand the platform’s reach to new users, as well as new capabilities that will improve users ability to render complex surfaces and quickly add objects and models to scenes.

“Design is a complex team sport,” said Richard Kerris, vice president of the Omniverse development r platform at NVIDIA. “There are large teams involved with a broad range of skills, and their software does not seamlessly work together. The world of 3D is growing, software challenges are getting harder to solve, and teams are more dispersed than ever before. We are addressing the idea that there are multiple software products at remote locations, the projects are getting bigger, and the data gravity is getting larger. How do you manage a single source of truth?”

Omniverse provides a connected environment where creators can collaborate without the hassle of importing and exporting disparate file types. At SIGGRAPH, NVIDIA announced a number of enhancements that will further expand those collaborative capabilities. 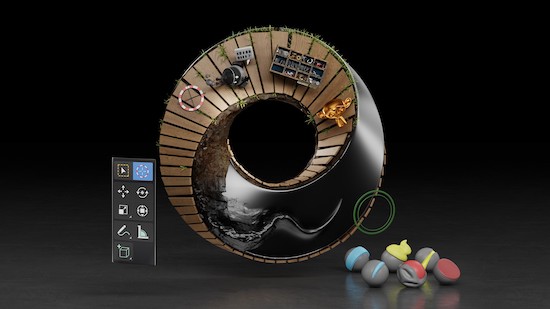 Pixar’s open-source USD serves as the foundation for Omniverse. Apple, Pixar and NVIDIA have collaborated to bring advanced physics capabilities to USD, and Blender and NVIDIA have collaborated to provide USD support to the upcoming release of Blender 3.0. NVIDIA is also contributing USD and materials support in Blender 3.0 alpha USD, which will be available soon for creators.

“NVIDIA’s engineering efforts on integrating USD into Blender is exemplary for how the industry contributes to open source,” said Ton Roosendaal, chairman of the Blender Foundation. “Thanks to USD, Blender artists can have high-quality access to studio pipelines and collaboration platforms such as Omniverse.”

Thanks to the Adobe partnership, Omniverse users will be able to work directly with Substance Materials either sourced from the Substance 3D Asset platform or created in Substance 3D applications, creating a more seamless 3D workflow.

“Adobe is dedicated to an open and connected community of 3D designers,” said Sebastien Deguy, vice president of 3D and Immersive at Adobe. “As an industry standard, Substance will strengthen the Omniverse ecosystem by empowering 3D creators with access to Substance 3D materials.”

Kerris also described the new OmniSurface Material Shader, a physically-based Uber Material Shader for rendering complex surfaces that is supported by the Omniverse RTX Renderer. This feature can provide detailed imperfections (for example, blemishes, pores and hairs in a rendering of human skin) that provide a more realistic rendering of these types of surfaces.

NVIDIA also announced that the NVIDIA AI Image2Mesh GAN, GANverse3D, is now available as an extension of Omniverse Create. This allows users to instantly create a 3D mesh from a 2D image of cars. The feature is available in open beta for Omniverse users. GANverse3D-Image2Car Extensioncurrently has been trained to allow users to quickly turn 2D images of cars into 3D models that can be placed in virtual Omniverse constructs. In the future, the network will be trained to quickly convert any type of 2D image to 3D for placement. For example, engineers could use the tool to add parts or machines to a product or factory simulation.

During  SIGGRAPH, NVIDIA also announced the NVIDIA RTX A2000, an mid-range , low-profile GPU for desktop workstations based on the NVIDIA Ampere architecture. “Workers everywhere need to connect, collaborate and communicate seamlessly,” said NVIDIA VP Bob Pette in a pre-conference press briefing. “They are working together to simulate entire products, buildings and even cities to innovate, reduce risk and produce better products.” The NVIDIA RTX A2000 “brings RTX down to the mainstream segment with a low-profile design, all for around $450.”

This opens up the RTX platform for more designers that are increasingly being tasked with shifting from 2D design to 3D operations, and who need to work with simulation and and require real-time ray tracing. Compared to the previous model, the NVIDIA RTX A2000 provides 50% faster remodeling, 5X rendering times, and twice the simulation performance. One customer, Cuhaci & Peterson, reported that rendering times went from several hours down to minutes.