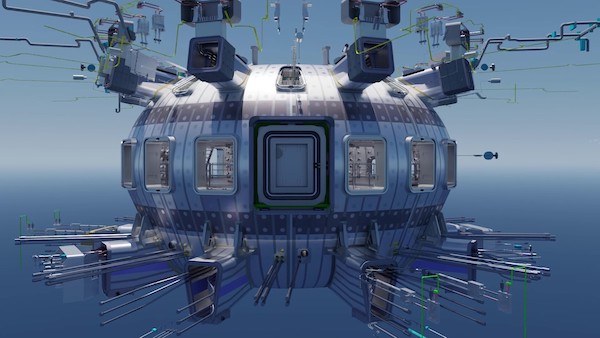 In the race to develop clean energy alternatives to fossil-fuel-based power plants, a number of options have already emerged – solar, wind, hydro, and nuclear power all have a place on the current power grid. Each of these alternative energy sources has its own pros and cons, with location, cost, safety and other factors often hindering adoption.

One of the most promising – and also most challenging – nascent energy sources is the fusion reactor. Unlike traditional nuclear fission reactors (which create energy when an atom is split), fusion reactions take place when two low-mass isotopes (usually isotopes of hydrogen) are united under extreme pressure and temperature. The advantage of a fusion reaction is that it does not create dangerous (and long-lived) nuclear waste.

The downside, however, is that fusion requires a lot of energy and the reactions can be unpredictable. The potential benefits of fusion-based energy are significant, and a number of research projects are underway to create practical reactors. The ITER project in France is probably the most well-known and largest fusion reactor experiment currently underway.

One such effort is an evaluation project led by the UK Atomic Energy Authority (UKAEA) at the University of Manchester, which is using NVIDIA Omniverse™ Enterprise simulation platform to help design and develop a full-scale fusion power plant and its digital twin to greatly accelerate the design process. 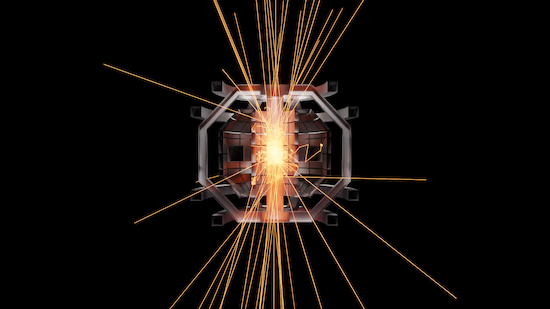 The Power of the Sun

Fusion reactions require temperatures in the hundreds of millions of degrees – our sun is powered by fusion, for example. That is why simulation, artificial intelligence, and exascale GPU computing are critical for designing and testing potential fusion reactor designs. These projects also require collaboration across a wide variety of engineering specialties.

“There are many different components, and we have to take into account lots of different areas of physics and engineering,” said Lee Margetts, UKAEA chair of digital engineering for nuclear fusion at the University of Manchester, quoted in a recent NVIDIA blog about the project. “If we make a design change in one system, this has a knock-on effect on other systems.”

The team members all use different CAD and simulation tools, but must be able to view, share, and iterate on data and designs together. With Omniverse Enterprise,the large teams of designers, researchers, and engineers can work collaboratively on designsregardless of which software they are using. Engineers can use the simulation environment to see the design of an entire machine, rather than just specific components which helps them see the bigger picture.

When and if a fusion reactor is constructed, an Omniverse -based digital twin could help provide real-time operational monitoring of the power plant’s physical state, and allow researchers to test out changes or improvements to the reactor virtually.

“We’re delighted about what we’ve seen. We believe it’s got great potential as a platform for digital engineering,” said Margetts.

You can learn more about this project by watching the UKAEA presentation from the recent NVIDIA GTC conference.