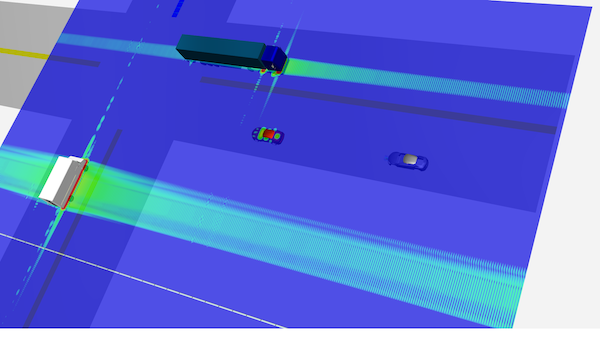 LIDAR and radar are two juggernaut technologies facing off to help drive the autonomous vehicle revolution, each with their own set of strengths and development challenges.

Though LIDAR offers better resolution, including an advantage in detecting small objects, radar’s robustness and ability to operate in all kinds of conditions and environments has sparked a surge in demand for the technology.

In fact, the automotive radar global market is expected to balloon from an estimated $4.4 billion in 2020 to $12.5 billion by 2026, a compound annual growth rate of 18.5%, according to market research from Global Industry Analysts.

The record growth comes as advanced systems such as adaptive cruise control and blind spot detection systems become standard fare on current models, setting the stage for a future of Level 5 fully autonomous vehicles, which are expected to hit the roads over the next decade.

LIDAR, which employs optical sensors, functions much like the human eye, meaning it faces challenges from instances of direct sunlight or dirt, not to mention, it is limited in functionality by bad weather. That is not the case with older radar technology, which is rapidly emerging as a backbone sensor for automotive applications given that it performs equally well in rain, fog, snow and smoke.

Radar also offers greater packaging flexibility given that it can find a home behind a front grill panel or within a bumper without having to map with a car’s esthetic design sensibilities in the same way that LIDAR does.

“Radar is a more robust and mature technology and at the end of the day, on average, it’s much cheaper to deploy when compared to LIDAR,” says Ushe Chipengo, senior application engineer at Ansys. 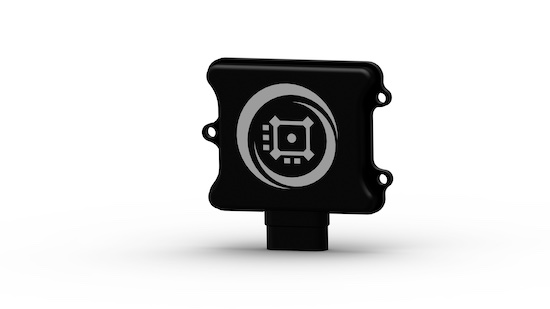 Oculii’s FALCON, a compact radar chip, delivers long-range and high angular resolution that is suitable for a wide range of automotive applications. Image courtesy of Oculii.

To capitalize on momentum behind radar, upstart Oculii is turning to software—advanced simulation tools and artificial intelligence (AI)—to innovate a radar solution that is higher resolution, more accurate and less expensive than conventional technologies, which helps the firm stand out in a relatively mature category.

With advances that allow radar to be delivered in a more compact format, coupled with a shift to higher frequency spectrums, radar is enjoying a resurgence, particularly as it relates to new automotive applications, says Shuo Li, senior hardware engineer for Oculii.

“Previously, radar was used for long distance or weather detection, but now that we can put a radio frequency front end, transmitter and digital processor in a single compact chip, it makes radar highly suitable for automotive manufacturers,” Li explains. “The components are mature, and it’s cost friendly to manufacturers.”

Software to the Rescue

From its founding in 2015, Oculii’s mission has been to innovate a software solution to what has traditionally been a hardware problem. Radar’s low-cost high reliability and all-weather vision has made it a natural fit to advance emergency braking, blind spot detection and parking-assist systems, yet it hasn’t been able to crack the code on the automotive industry’s autonomy needs due to one simple limitation: design tradeoffs.

Specifically, to improve the resolution of a radar solution, a manufacturer would typically have to add more antennas to sensors, which increases size, cost and power requirements—a trend that is not in sync with car manufacturers’ goal to streamline designs and keep costs in check as they transition to more intelligent, self-driving vehicles.

“You’re trying to improve the sensitivity of radar sensors, from maximizing the distance they can detect to improving spatial resolution, all while minimizing size, weight, power and cost (SWaP-C); that’s the huge challenge for developers,” Chipengo says.

Oculii’s twist is to leverage AI software to solve the expanding hardware problem, which increases the resolution of its own radar hardware as well as those of licensing partners by up to 100x, company officials claim. Traditional radar waveforms are single frequency, repeating and non-adaptive, thus require more hardware to bolster resolution and performance. 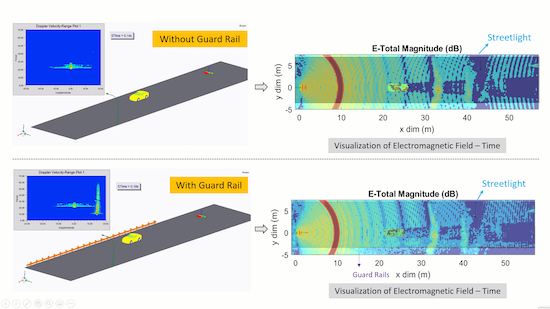 In comparison, Oculii’s Virtual Aperture Imaging software employs AI algorithms to learn from the environment to enhance resolution and sensitivity. This approach addresses the SWaP-C dilemma, allows radar sensors to continuously improve as the software scales exponentially and produces more data, obviating the burden of adding additional hardware antennas and sensors to achieve comparable levels of accuracy and performance.

“Traditionally, radar performance is limited by sensor size and power consumption and is highly dependent on the number of signal channels,” Li says. “Our technology breaks this barrier by maximizing data extracted to improve the angle resolution of current hardware. In this way, we can provide very high resolution angle detection with a low-cost, small form factor sensor.”

To ensure it can provide that high-resolution angle detection with its own radar devices, every part of the hardware and software needs to be designed with precision and accuracy. That’s where simulation software comes into play, specifically Ansys’ HFSS electromagnetic analysis platform.

Ansys HFSS helps Oculii evaluate and optimize key elements of radar transmission, including the design of phased antenna arrays as well as antenna and sensor placement and performance with a predictive accuracy of 80% to 90%, Li says. Significantly, the simulation software helps predict the performance of the entire sensor, which in turn helps validate the hardware design and eventually tune the Oculii algorithm for optimized results.

Ansys HFSS is especially good for predicting how a radar sensor and related devices will operate in real-life, helping to eliminate or vastly reduce the need for physical testing.

Any subtle change to the manufacturing process or adjustments to material tolerances can have a significant impact on the performance of the sensors. To simulate them in software without having to do physical testing saves time and greatly reduces cost.

“If you can see how a change in material properties is going to affect performance or signal or power integrity in simulation, it reduces any surprises down the road,” Chipengo says. “You can do many iterations with simulation before you go with the final product.”

Simulation software is also essential for reducing time and human costs at the production and development stage—a real challenge for companies like Oculii and its hardware licensing partners, which are highly dependent on accelerating development and time to market to gain and maintain a competitive edge.

“Typically, we might come up with a design, send it out to a fabrication team and come back and test it and it takes three to four months to get one sample,” Li says. “That’s very challenging for the current market because customers want new stuff really, really fast. If we can validate our designs and measurements with trusted simulation, that significantly boosts development speed and we don’t have to do all that back and forth.”

Beth Stackpole is a contributing editor to DE. You can reach her at [email protected].