The practice exposes customers to a range of IT risks. 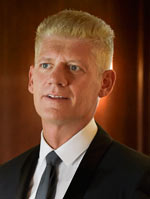 Software piracy — the use of software not legitimately paid for and used according to license terms — is a worldwide epidemic. Statistics from the Business Software Alliance (BSA) show that 42% of software installed globally is not properly licensed, resulting in lost revenue of over $63 billion.

But lost revenue to software vendors is only part of the problem. The economic effects of software piracy undermine the entire U.S. economy, where much of the software is developed, by giving companies that use software without paying for it, an unfair advantage over those who build the purchase of software into their cost of doing business. It damages brands through distribution of substandard products and exposes customers to a range of IT risks including malware, security breaches and data loss.

What is Software Piracy

Software is typically sold as a license that allows the purchaser to install and use the software with specific rights such as number of computers or users. Cracking is the modification of software to remove or disable copy protection so the software can be used without purchasing a license, or such that it can be installed on multiple computers. Users of pirated software typically fall into four general categories: hard-core pirates, soft pirates, piracy victims and rogue companies.

Hard-core pirates believe that all software should be free and include hackers. Soft pirates are those who find free or low-cost versions of software online. These versions are dangerous as they are not only illegal, but are also sometimes infected with malware or spyware. Piracy victims do not realize their software is counterfeit — they are not aware of who installed the software or are not familiar with terms of the license agreements. Pirated software is sometimes pre-installed or sold to victims by a dishonest distributor or reseller. Rogue companies are organizations that rely on pirated software as a competitive advantage in the market. Rogue company management teams are complicit in the crime, as opposed to an individual employee or group of employees.

The rogue approach is quite prevalent in China, where, according to the BSA, approximately 90% of the software in use is counterfeit. Chinese organizations routinely export cheaper manufactured products designed using pirated software to the U.S. and Europe, hurting local manufacturers and causing job loss and other long-term economic damages.

Large software vendors have begun to fight back using tactics such as site audits, search warrants to inspect and confiscate computers with stolen software, and costly litigation for copyright infringement. While effective, these approaches are disruptive and expensive. Small- and mid-size software companies simply lack the resources, legal expertise and hard evidence required to prosecute.

License management solutions exist in theory to make sure only legally purchased software is deployed on systems. However, the reality is that these systems are easily circumvented and cracked licenses are readily available for anything and everything on the market. While many companies employ license management solutions, simply knowing your software has been hacked is only half the battle. You must have proof in order to go after offenders and either persuade them to become compliant or in some cases resort to legal actions.

A new approach that works a bit like a silent alarm or an electronic site audit has recently been introduced. This solution is essentially a second line of defense that backs up the license manager and deals with evidence after the software is cracked. It not only provides tamper detection to determine if software has been compromised, it also provides sophisticated data acquisition, reporting back details on who, where, what and how often the software is being illegally used. The data is accessed via the cloud through a portal that provides data processing capabilities to ensure compliancy with local privacy laws, as well as data mining to correlate and amalgamate infringement data that can be used for legal proceedings. A business intelligence dashboard provides visibility into the program and its effectiveness for reporting and return on investment (ROI) purposes.

The problem of software piracy is growing as emerging economies ramp up to compete with the U.S. and Western Europe. But many companies are fighting back by adopting newer software piracy identification technologies that enable them to track illegal users and recover significant revenue.

Ted Miracco is the CEO of SmartFlow Compliance Solutions. Contact him via DE-Editorsmailto:[email protected]