Space Capsule to be Printed at RAPID

A full-scale copy of the Orion space capsule will be printed on the show floor at RAPID 2016. 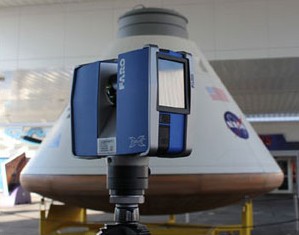 Attendees at the upcoming RAPID conference in Orlando May 16-19 will see a full-scale replica of NASA’s Orion crew module printed and assembled on the show floor. 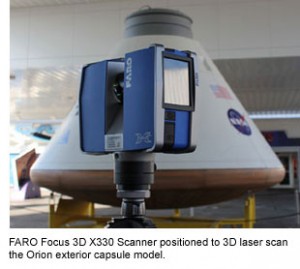 A cadre of 3D printing and scanning companies collaborated to scan and reproduce the spacecraft. According to NASA, Orion will help carry astronauts into deep space once it launches from the agency’s new heavy-lift rocket, the Space Launch System. The initial launch for the system is expected in 2018, and will involve sending an unmanned Orion capsule around the moon.

Earlier this year, Lockheed Martin (which manufactured the Orion), FARO Technologies, Direct Dimensions, Met-L-Flo, the Florida Institute of Technology, Cincinnati Inc., and RAPID show producers SME collaborated to scan and print small-scale copies of the module in advance of the much larger print during the show. 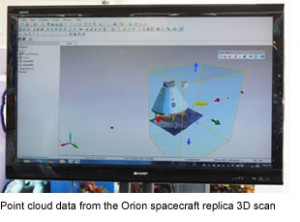 FARO conducted a 3D laser scan of an Orion spacecraft model, while Direct Dimensions will be responsible for the file that is prepared and then 3D printed by Met-L-Flo. Met-L-Flo will print approximately 150 small-scale replicas of the Orion spacecraft to be displayed and used as giveaways at RAPID. Students from Florida Tech participated in the scan and discussed how the next generation of manufacturing professionals are being educated on advanced manufacturing technology and applications.

At the show, Cincinnati Inc.’s Big Area Additive Manufacturing (BAAM) technology will be used to print the larger replica. BAAM has previously been used to print Local Motors’ Strati and an energy efficient house.