Star Rapid and Star Trek: Inspiring a Generation of Engineers

Star Trek and the iconic culture that it created offered a glimpse into what the future might hold for technology and humanity alike. 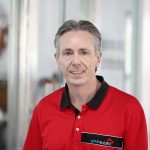 You don’t have to be a Trekkie to find inspiration in the principles that Star Trek promotes. The iconic culture that it created offered a glimpse into what the future might hold for technology and humanity alike. Many who grew up with various series, like “The Next Generation,” ended up pursuing careers in engineering, product design and advanced manufacturing. In many ways, Star Trek has inspired a generation. Following are a few highlights from my personal experience.

Boldly Go Where No Man Has Gone Before

Star Trek had much success in creating pop culture phrases that extend beyond the Star Trek universe. Say “live long and prosper” and even individuals who haven’t seen the TV episodes, movies, books or comics will be familiar with the saying. However, the phrase “boldly go where no man has gone before” resonates most with makers, engineers and those within the advanced manufacturing industry.

Although the saying has gone through various iterations throughout Star Trek’s history, the sentiment stays the same. It can be applied to creating a product, part or vehicle. It can apply to starting a new business venture. It can even apply to using cutting-edge manufacturing techniques and software. Engineers and designers keep striving and venturing into new technological territory.

In 1966, Star Trek TV episodes provided a window, in the midst of the Space Race, into the future of what technology could be used to accomplish. In some ways, the show predicted the future of product design.

In the world of Star Trek, view screens were full color. Smaller screens were to be found everywhere, from private quarters to meeting rooms to the sick bay. In all cases they were flat and usually interactive, allowing people to see and hear one another across vast distances (some even with touchscreens).

There also were Food Replicators. Keyed in commands led to a suitable meal. This helped to popularize the idea that a machine could take coded data from a computer, combine it with protein raw material, and then reconstruct that data into physical form at a distance. In other words, the principles of 3D printing. There are plenty of additional examples to highlight as well from earbuds to the tricorder (essentially a Personal Data Assistant or PDA) to the show’s translator technology (there’s an app for that). It’s even documented that the communicator used in Star Trek was an inspiration to Martin Cooper who led Motorola’s team to create the first handheld mobile phone. The technology generated interest in STEM (science, technology, engineering and mathematics) fields.

An advanced manufacturing facility essentially can be viewed as a small-scale Star Ship Enterprise. The facility is filled with the latest technology, with everyone working towards common production goals. Engineering also typically attracts a certain personality that strives for a meritocracy.

Jean-Luc Picard was a Federation Starfleet Captain because he was the best fit for the role. Wouldn’t it be wonderful if work ethic, integrity and skill were the only driving forces that determined one’s position within a company or success as an entrepreneur?

As founder of Star Rapid (inspiration for the name should be obvious), I try to implement this philosophy as much as possible. Cleaners are viewed as part of the marketing team as first impressions are crucial for potential customers. I also recognized when it was time to hand over the CEO reigns to our current, younger CEO Johnathan Ross, who has better instincts for the business-side of advanced manufacturing.

No field or company can claim to be a true meritocracy. However, in many ways engineering can be viewed as a meritocratic sector, with a premium being placed on skill level and ideas. Between this, the futuristic technology that Star Trek implemented and the mindset of pushing boundaries forward, it’s a bit clearer how the Star Trek phenomenon inspired a generation.