Stratasys Now Shipping Dedicated Carbon Fiber Edition 3D Printer”~“If you were at RAPID + TCT 2018 and wondered what was going on with the Fortus 380mc printer sitting quietly in the corner of the Stratasys booth, wonder no more. Today the company announced it has begun shipping a new version of that additive manufacturing (AM) system – priced at $70,000 — dedicated to using carbon-fiber-filled Nylon 12: the Fortus 380mc CFE (carbon fiber edition).

Eighteen months ago, Stratasys introduced that same carbon-fiber-filled Nylon filament as an option for use on its high-end production fused deposition modeling (FDM) 3D printers ($200,000 to $350,000). Pat Carey, the company’s senior vice president of North American Sales and product manager for the new system, says the material was wildly successful; so much so that ever since, customers have been pushing for a machine that would be more affordable and simply run carbon fiber all day.

The Product that Invented Itself

“We came back from the show,” says Carey, “and said, theoretically, we could make the 380mc do this.” With a build volume of 14 x12x12 in., the 380mc is the company’s smaller-build companion to the 450mc, which runs at 16x14x16 in. and is configured to accept the same ruggedized CF extruder head. 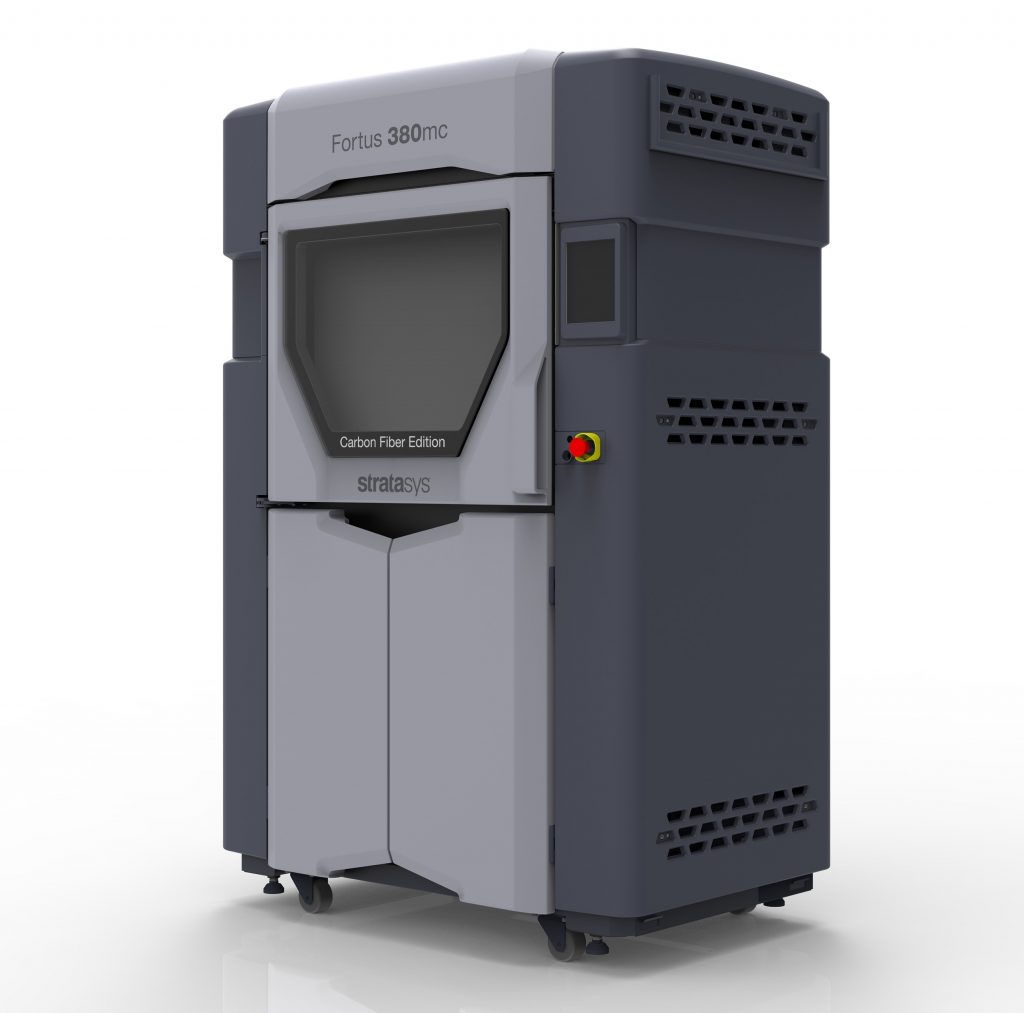 “All the parts screw in and it all runs the same software,” explains Carey, “so we pulled a 380 system out, put it together (with CF filament), and it worked. It didn’t go through a normal product cycle: it’s the result of very intense customer demand for this material in a more affordable package.” The new system fills the gap between capability-limited desktop printers and the more costly production-level printers enabled with carbon fiber reinforced material.

In just five months, Stratasys finished development of the dedicated 380mc CFE model. The system uses a single print head to run both its proprietary Nylon 12CF filament with build layers of 0.010 in. or ASA thermoplastic (a version of ABS) with either 0.010-in. or 0.005-in. layer thicknesses. As with the standard 380mc, the CFE model offers dual-extrusion of build material and water-soluble support material. Eliminating the need for manual support removal allows printing of intricate geometry and parts with extreme complexity — a big improvement compared to what’s possible with traditional CF production.

Stratasys says its CF material is 35% chopped carbon fiber by weight. Parts exhibit the highest stiffness-to-weight ratio of any FDM or fused filament part in the additive industry and maintain their mechanical properties at a 40% higher temperature compared to those produced by its competition. This behavior lets it replace metal for both tooling and end-use applications.

Getting Light-weight CF Parts on the Race Track

For both IndyCar and NASCAR circuits, Team Penske has already been using Stratasys FDM to produce prototype and end-use parts from Nylon 12CF material. In a recent example, the Team designed three driver-side mirror housings customized for each of three Cup Series drivers. 3D printing the housings meant that each driver enjoys a mirror perfectly aligned to his height. At the same time, the vehicle weight was decreased by eliminating the need for the usual mirror-adjusting mechanism. The composite’s stiffness supports printing thin-walled parts that won’t flex even under the aerodynamic loads generated at punishing race speeds. 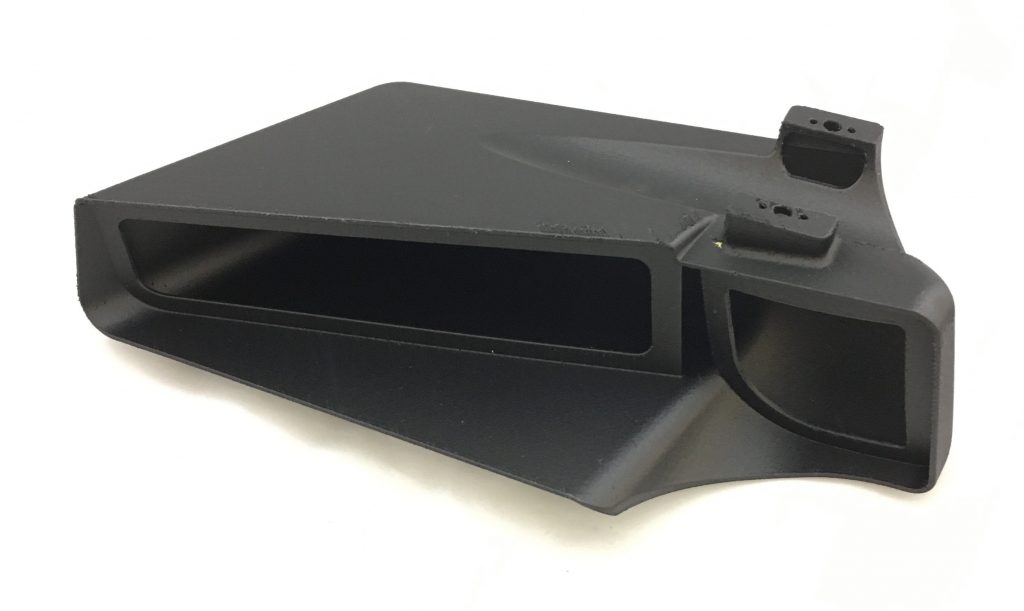 The Fortus 380mc Carbon Fiber Edition 3D printer and a Team Penske NASCAR race car will be on display at the Stratasys IMTS booth #431600, September 10-15 at Chicago’s McCormick Place. 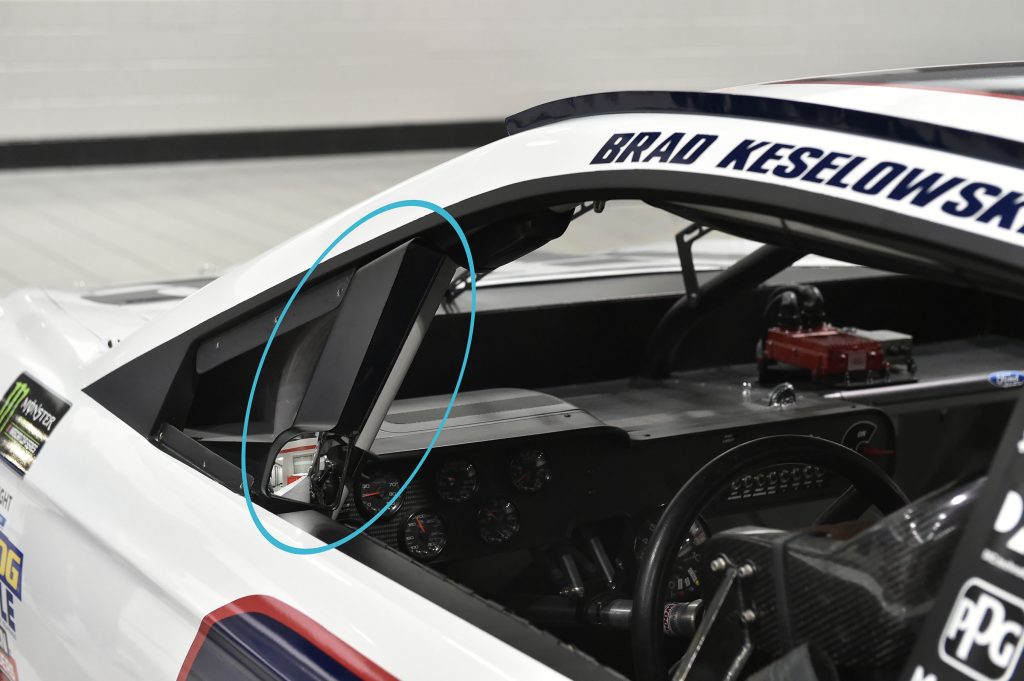 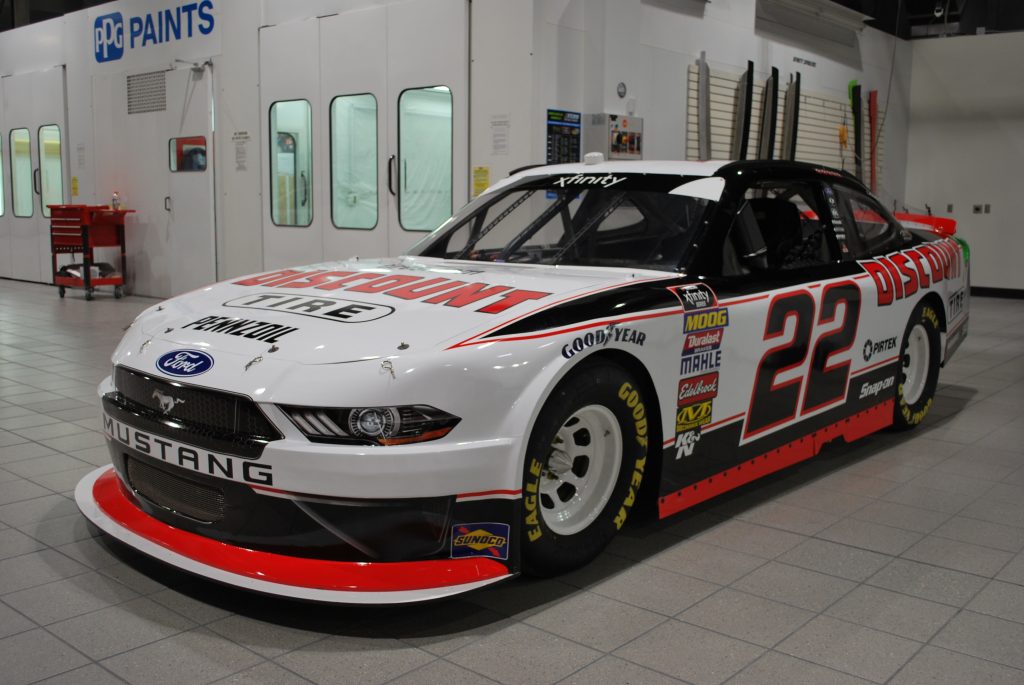