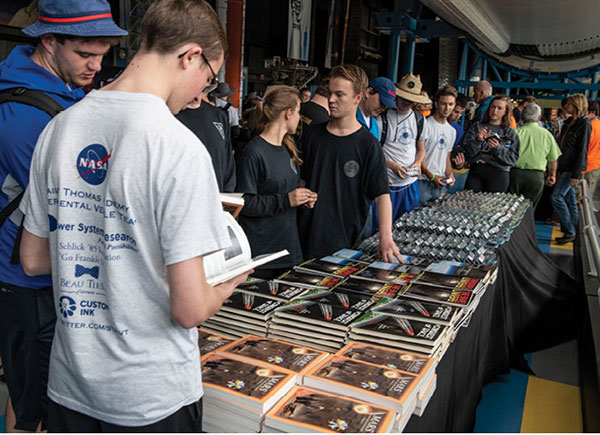 The Blue Ridge–University of Arizona 4-H Fab Lab is a partnership between Blue Ridge Unified School District, the University of Arizona and the 4-H youth development program. This past year, students participated in the NASA Human Exploration Rover Challenge and the team took first place for High Schools in the “Drive Train Technology Challenge” competition.

Kevin Woolridge teaches math, physics and engineering, as well as Fab Lab classes, at Blue Ridge Unified School District. Following is a conversation with Woolridge, the teacher and mentor who led students from Blue Ridge to first place in the competition. 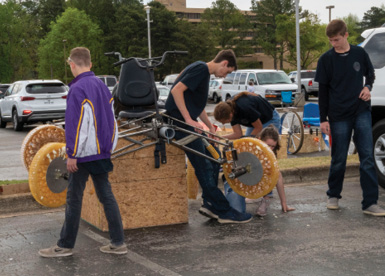 Digital Engineering: Can you provide an overview of your competition, how it came to be and the program’s intent? Who will be participating or who has participated? How many participants have you had or do you expect? Do you have any demographics of participants?

The team consisted of 14 students (six girls and eight boys) ranging from 9th to 11th grade. Although several of the students have already decided to go into engineering and other STEM-related professions, many are yet undecided. Participation in this competition allowed for the students to have opportunities they never realized were available. This exposure lit a fire in them and moved them a little closer to making STEM a future career choice.

Woolridge: The Blue Ridge team created a two-speed transmission with a dog clutch with a gear ratio of 3/1 or 1/3, depending on high versus low gear. One of the event organizer’s major pushes is to have teams move away from less-reliable bicycle type chain drive trains and towards a rigid drive.

The Blue Ridge team used the MDX40a to prototype a 1/10th scale model of the transmission as well as their wheel design. Part of the engineering design process requires the students to prototype and test prior to creating the finished product. The team used Roland DGA equipment to create scale models of their concepts, test and modify their designs then create the actual product to be installed on the rover.

This process allowed us to significantly decrease the cost and eliminate wasted time and trial and error. Roland SP300i was used to create promotional and fundraising materials, and the LEF12 UV flatbed printer was used to print the team logo on their T-shirts.

Woolridge: I think that this is best summarized by the NASA mission statement and description for the competition. “This student design challenge looks to the next generation of scientists and engineers to aid in the design process by providing innovative designs and unique perspectives.”

Essentially, in addition to being a STEM opportunity for high school, college and university students, this competition brings new ideas to the NASA scientist. It harnesses the brainpower and creativeness of thousands instead of relying on a limited few to solve mission-critical challenges. By bringing in new perspectives and solutions to design problems, the NASA engineers are better able to solve existing mission-critical problems.

DE: Is there anything else you’d like to tell us about the event?

Woolridge: Blue Ridge School District is a majority-minority school district located in rural eastern Arizona in the town of Pinetop-Lakeside. As a small rural school in a town with a population of just over 4,000 residents, our team faced many unique challenges, most specifically project funding. Unlike a majority of the teams participating in the competition, our team had very little money or resources to draw from. Our greatest challenge was not in building the rover, but rather in raising the money for travel, food, lodging and shipping.

While most of the teams at the NASA Human Exploration Rover Challenge had significant budgets for building their rovers as well as travel costs, the Blue Ridge team had to first raise the funding required for competing as well as travel. They also needed to creatively solve design problems using what was available and could be repurposed. Our team built its rover for less than $200 using discarded fitness equipment and donated materials.

Competing in the competition also wouldn’t have been possible without Roland DGA’s sponsorship. As important as the Modela MDX-40A benchtop milling machine, 3D printers, laser cutters and CNC routers are in the engineering and digital fabrication process, the VersaCAMM SP-300i 30-in. Eco-Solvent inkjet printer/cutter and LEF-12 benchtop UV flatbed printer were equally important.

Without the ability to create promotional materials and posters to solicit donations as well as materials for sale as a team fundraiser, we would not have been able to participate in this competition. By combining the traditional engineering and prototyping tools with the digital media tools, we were able to both build and test our concepts and raise the funding necessary to travel and compete.