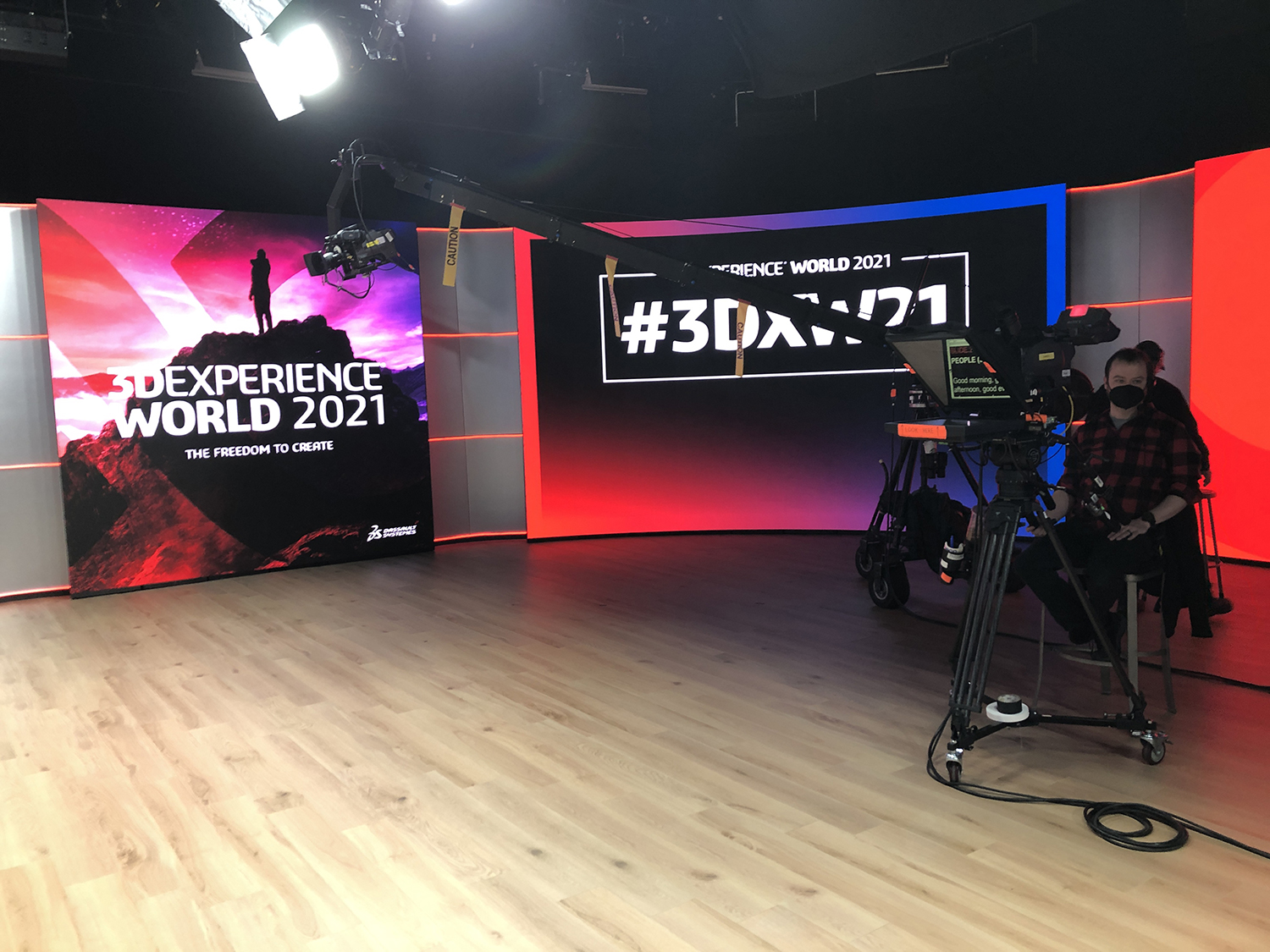 Between Zoom-Land and Las Vegas: The Future of Engineering Conferences

Before the COVID shutdown, I used to travel once every 6 weeks or so to conferences and tradeshows. In Las Vegas, Los Angeles or Orlando, after the evening receptions and networking events had wrapped up, I would meet up with other editors and bloggers for one last drink in some hotel lobby or downtown bar. Here, setting aside the conference-branded backpacks, we rekindled our camaderie, then collectively rehashed the tidbits we'd heard in the keynotes and the exhibit halls. As a pool of reporters covering a niche industry, we are by necessity a tight-knitted group. We may be working for competing outlets, but our bond is solid. I miss these cerebral, energetic and (sometimes) tipsy conversations.

On the other hand, I do not miss the 4 a.m. Lyft rides to the airport, long security-screening lines and flight delays (sometimes long enough to learn to introduce myself in a new language). In many ways, the shift to virtual conferences during the shutdown allows me to continue to do my job without these hassles, so I'm thankful to Zoom.

Now, as U.S. cities begin to reopen, I realized I am actually looking forward to the salty pretzels and watery coffee the airlines begrudgingly serve as “in-flight snack,” and the random conversations I might strike up with a stranger while waiting to be X-rayed by TSA.

Having learned to conduct business with greater efficiency during the crisis, is it wise to go back to the way things were? What would engineering tradeshows and design conferences be like in the post-COVID world? Before I venture out to my first in-person conference, I decided to ask the people who organize and attend tradeshows. 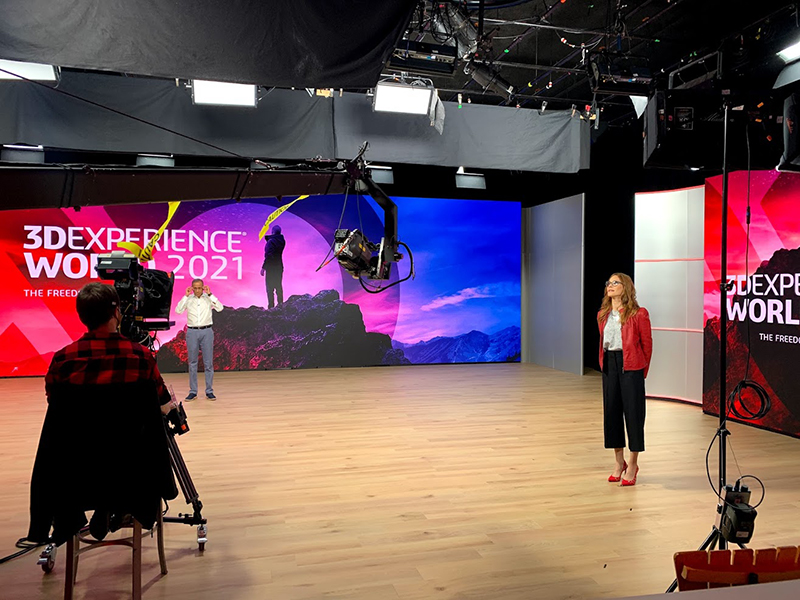 Two of the conferences I attend regularly—Autodesk University (AU) and Dassault Systèmes' 3DEXPERIENCE World (formerly called SOLIDWORKS World))—included virtual attractions even before the pandemic. AU, for example, provided attendees with the AU Online option with a lower admission cost. 3DEXPEREINCE  World offered SOLIDWORKS Live for those who couldn't be onsite. But during the pandemic, both transitioned into fully online conferences like most others.

Steve Prahalis, COO, SME, calls virtual conferences “the rescue plan” in the times when physical events were impossible. “In the early days of COVID, we were just happy to engage with our peers,” says Prahalis. But as the shutdown went on, “We saw that people were getting tired of virtual conferences. They were not getting engaged the way that they wanted.”

Professional in-person conferences usually require an admission cost, ranging from $400 to $1,000, along with travel and airfare. Online events are usually low- or no-cost. This may explain the disproportionately larger numbers in virtual conference registrants. Audience engagement, however, is quite different.

“What we saw in virtual events is, we get a higher number of registrants, more people from more places, but the number of leads resulting from it or the level of engaged attendees was not higher. In many cases, it was the same or lower,” notes Prahalis. For those planning to sell products catering to a specific region, a wider international audience doesn't necessarily provide greater value, he adds.

“In an in-person conference, once the people have flown in, they are there with you. You don't tend to lose people,” observes Jain. With events held in Las Vegas, “you do lose a few people among the slot machines,” he quips.

Virtual event attendees are tuning in at their own convenience, in between family duties, midday meals, and ongoing work. It's nearly impossible to count on their undivided attention throughout the event. For 3DEXPERIENCE World Virtual, “present,” Jain clarifies, meant the participant, on average, spent approximately an hour in total in the virtual event.

Online Events Are Not Necessarily Easier to Produce

The two biggest decisions for producing an online event, Jain reveals, is choosing the right streaming platform, and deciding whether to go live in real-time or prerecord the talks. “Nobody warned us that, when you have about 300 to 400 people online in a live event, you start to test the platform's limit,” he says. “It's fine if you are just presenting and they are watching. But when you open up the mics for Q&A, you could see issues.”

To avoid unpredictable internet issues and mishaps, 80% of the sessions in 3DEXPERIENCE World Virtual 2021 were prerecorded, with a few events like the fireside chat running live. “We, for example, went to a studio during the pandemic to record the keynotes, but for some external speakers and guest customers who appeared in the event, we did a lot of rehearsals,” Jain recalled. “With some breakout sessions, the presentations were prerecorded, but the Q&A was live. We made sure the talks weren't just online PowerPoint presentations.”

There were 300 presenters at the 3DEXPERIENCE World Virtual 2021, Jain estimates. “So we had to check the quality of the videos. For some, we even sent them webcams,” he notes.

“We do what is known as simu-live—simulating a live event,” says Prahalis. “The presentation is a prerecorded presentation, but the presenter appears live for the Q&A during the event.”

With physical events, producers need to work out the transportation, the venue, and the ins and outs of the event itself. It seems to involve a lot more work than virtual events, “but these are well established processes in our business, with major supplies,” says Prahalis.

The undeniable advantage of virtual conferences, is the digital trail, the cookie-enabled tracking of attendees' online activities. “You do get a lot more measurable data to validate or analyze, compared to a physical show, like how many clicks, how many minutes someone spent on a specific track, and so on,” notes Prahalis.

Exhibit Halls in a Browser Window

The exhibit hall—one of the areas that get the most traffic at in-person events—is a challenge in virtual conferences. Without the ability to touch, feel, and try out the hardware and software or mingle with other conference attendees in the same space, the virtual exhibit hall proves less attractive than its physical counterpart.

“For the same reason, the hands-on software training sessions were difficult to run in virtual events,” Jain says.

Sponsors typically spend $5,000 to $20,000 for booths, banners, and logo displays at in-person events to promote their products and services. But can virtual events offer the same value to justify these costs? The average exhibitor or sponsor for a virtual conference isn't willing to spend the same amount, Prahalis notes.

“Eventually we have to go back to the in-person events with known margins. Last year, most event producers were happy just to break even. Just to stay connected to the audience and help exhibitors and sponsors advance their business goals,” he reasons.

DE publisher Tom Cooney, just like the rest of the staff, had suspended his travel routines during the pandemic, but in May, he ventured out to his first in-person event: the Additive Manufacturing Users Group (AMUG) conference in Orlando, Florida.

“The overwhelming vibe was pure excitement, from the attendees who I sat with during meals and presentation breaks to the exhibitors who were anxiously awaiting to speak with anyone who walked into their booths. It was the opportunity to engage in conversation relating to technology—something that they haven’t had the chance to do one-on-one in some time,” Cooney says. “The interesting comments that I had heard was that there were very few tire kickers.”

In the beginning of May, cumulative number of fully vaccinated people in the U.S. reached 120M, according to CDC's data. As July came around, the number climbed close to 160M. Currently 68% of the U.S. adult population has received at least one dose.

Travelers still has to weigh the benefits of the trip against the risks involved. This factor in itself serves as a screening mechanism—only the most determined business travelers venture out. “The exhibitors at AMUG were very pleased with the quality of the attendees. It had more of a feel of a festive occasion than a tradeshow. I’m looking forward to September,” Cooney adds.

The hunger for human contact and Zoom fatigue may urge many to return to in-person conferences, but a new model is also emerging. “We learned a lot about how to keep the online audience engaged. We'll leverage the live event for content. We'll also include ways for the remote audience to participate through live cameras. We have a lot of ideas,” says Jain.

“We will be launching the EventLive initiative, which will include a digital component. All our keynotes and thought-leadership panels will be live-streamed for those who cannot come in person,” says Prahalis.

Prahalis compares live events to musical concerts. Since many of the musical event producers also augment their revenues producing corporate events, the analogy is quite apt. “The Pearl Jam concert at Fenway Park is the spectacle, but the community continues to talk about the event online all year round,” he points out.

The next big industry event for SME is the Rapid + TCT Show, set to run onsite in Chicago from September 13-15.