A technology stack is a set of IT products or services that independently are useful and important, but when integrated become a platform for greater innovation.

A technology stack is a set of IT products or services that independently are useful and important, but when integrated become a platform for greater innovation. The term has its origins in software development, where a “stack” of aligned resources (operating system, database, programming language, etc.) is required to write applications. 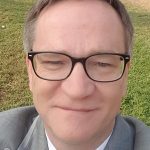 Technology stacks are identified, not invented. For example, the tech stack that launched the internet revolution was called LAMP, named for the four most important software tools for creating web infrastructure: Linux, Apache, MySQL and PHP. The acronym was originally coined by Michael Kunze, while writing in the German magazine c’t in 1998. Today’s web is still largely based on the original LAMP tech stack.

The LAMP stack drove three generations of web development and continues to be an innovation engine. The most important product to come from the CAMS stack is arguably the smartphone, which in turn became a platform for various new products and services. Other examples of CAMS-based innovation include industrial robots, construction drones and the internet of things (IoT).

From LAMP to CAMS to ROADI

A new technology stack is evolving as the next engine of innovation: ROADI (real-time operational autonomous distributed intelligence). ROADI will turn products and services into autonomous discreet agents.

The clearest example of the ROADI stack is from the automotive industry. Self-driving cars must possess intelligent and autonomous behavior, and always respond in real time to the environment. Their actions are based on a refined notion of trusted behavior. The necessary computation and connectivity cannot be centralized in a server or even a cloud; it must take place in each vehicle and in every other object on or near the road.

There are several innovations behind the emerging ROADI stack. Graphics processing units (GPUs) have far exceeded their original purpose and are now more responsible for computational innovation than CPUs. Also known as GP-GPUs (general purpose GPUs), they give autonomous cars their vision and their “knowledge” of the world, processing millions of bits of information every second to provide real-world interactive capabilities.

The IoT and the industrial IoT (IIoT) are abstractions that describe various interconnected technologies, including distributed computation applications known as edge computing, fog computing, the more established cloud computing and such emerging technologies as microscopic CPUs. As the tools mature, IoT/IIoT devices will exhibit autonomous, decentralized behavior—interacting with each other without the need for centralized control.

Deep learning has changed how we use big data. It allows the emergence of behavior we describe as intelligent, providing millions of autonomous devices with the logic to operate in real time.

Blockchain technology will provide new elements crucial to autonomous distributed intelligence as the disintermediation of trust and an open transaction ledger. Blockchain uses a cryptographic ledger to bring immutable proof and automated smart contracts into the stack. For example: If a self-driving car is in an accident, a blockchain-based smart contract could be automatically triggered, relationally binding it to any other smart objects involved in the accident and the physical jurisdiction. A record of the car’s recent behavior will become part of the public record on the blockchain ledger, making it easier to assign responsibility for the accident.

Immersive and interactive display technologies such as augmented reality, machine vision and heads-up displays will provide a conduit for human interaction with ROADI technologies.

Every major technical innovation requires society to respond to new ideas. Eleven years after the launch of the iPhone, we are still trying to understand how smartphones influence behavior. When smart, connected products become ROADI products, there are new considerations. Can robots witness a crime? Can a smart factory order supplies without human intervention? Will immutable records stand up in court? At its best, engineering takes legal, ethical and moral parameters into consideration. How industry responds to these social meta-specifications will likely prove to be the biggest hurdle or the biggest asset in the development of ROADI products and services.