The Science of Simulation 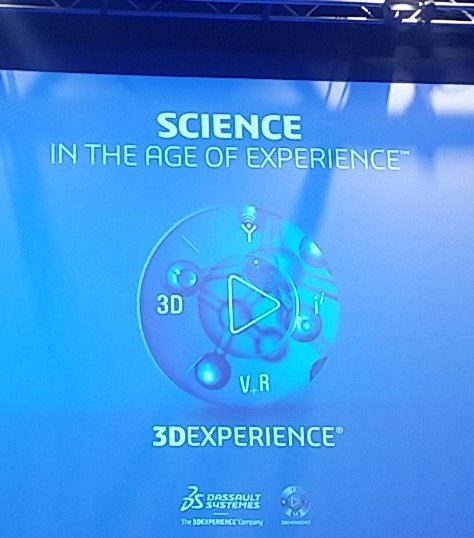 Over the course of history, engineers have always used physical prototyping and testing to design a product. Early on, the Wright brothers created over 200 different wing designs and tested them in their homemade wind tunnel. But as products become more complicated and engineers face tighter deadlines, firms in all kinds of industries are turning to simulation to create more virtual prototypes faster and sooner.

“Simulation is just on the tipping point on the specialist to democratization scale,” said Scott Berkley, CEO of SIMULIA. “To drive innovation, simulation needs to be an integral part to the decision making process early in the design.” 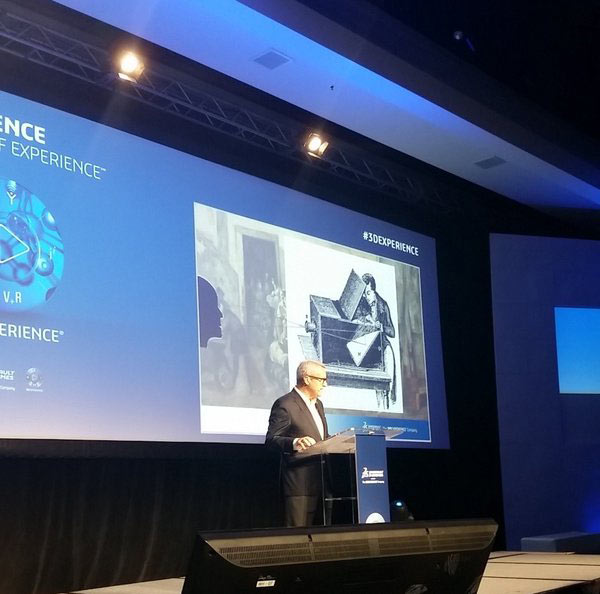 Scott Berkey, CEO of SIMULIA, discusses the democratization of simulation at “Science in the Age of Experience.”

From May 23 to 25, Boston hosted “Science in the Age of Experience,” Dassault Systèmes’ second event in its series of global events focusing on design, science, manufacturing and marketing. Why science when the company has traditionally been known for engineering? “Science is at the very heart of what we do,” said Bernard Charlès, president and CEO. “It’s really about creating something new.”

Running simultaneously with the BIOVIA user conference, this event gave a look at how Dassault is focusing on some of the main trends within the industry — additive manufacturing, materials, the Internet of Things and precision medicine. Berkey noted that these are some of the sectors for which the company is adding simulation tools within SIMULIA, BIOVIA and the 3DEXPERIENCE platform. Ultimately, Berkey explained, the ongoing goal is to help expand simulation use across all departments of an enterprise.

Simulation as a Learning Tool

In the spirit of expanding simulation applications, one of this year’s keynoters discussed a somewhat curious concept — the idea of not just using simulation for design optimization and refinement, but also as a learning tool. “Speed of learning is one of the biggest advantages [for simulation],” said Mark Meili, director of Modeling and Simulation at Procter & Gamble. “We are routinely designing first of the world new things. So half the time, we’ll develop a prototype that may deliver a benefit but we may not know why. [Simulation] can help us figure that out.”

In using simulation, Meili noted, his department can also learn about new materials and address surprisingly complex product requirements. “Continuum-scale properties are controlled by micro-scale structures,” he said. “As you’re doing discovery, being able to simulate and test on simulation is critically important at the micro scale.” This requires looking at multiple scales — quantum mechanics, molecular dynamics, mesoscale and CFD — to design a product that will function properly, adhere to compliance standards and appeal to customer aesthetic. Being able to look at how molecular structures affect different surfaces “allows us mechanistically understand what’s going on,” Meili said.

Meili: All of these scales have to work together and change physical properties. #3DEXPERIENCE pic.twitter.com/BAqzPMUgAy

Simulation at Procter & Gamble goes beyond the molecular level and lets engineers find the best way to apply packaging design, because the products that are produced generally require complex materials and shapes. Being able to measure the deformation of label application virtually, Meili said, is extremely beneficial. To improve the quality of simulation at Procter & Gamble, Meili says his team is working on eventually incorporating models that combine simulated and physical test data into a singular model. However, “increased realism in simulation is going to take more physics, chemistry, DOF and accuracy,” he said.

Another keynote from Jay Maas, analysis engineer at Trek Bicycles, gave a look at a hybrid workflow to create the optimal user experience. While the company has an 18-year history of using composites, it’s only had an analysis team since 2008.

“Our design process is a hybrid approach of simulation and real-world testing. Both types of feedback are crucial,” he said.

In running real-world testing, Maas said, the engineers can validate designs virtually created and simulated and verify the optimal, computer-generated design is actually comfortable and provides a good rider experience.

“We have some standard numbers that [indicate] a good ride quality in a bike. That’s what we’re trying to correlate in the field, these standards,” Maas explained. “Doing this correlation, we found we needed this new case to capture and understand what was going on [during a ride]. These standard cases in the lab just aren’t good enough to predict ride quality.”

This afternoon’s keynote is Jay Maas, analysis engineer, @TrekBikes on the evolution of simulation. #3DEXPERIENCE pic.twitter.com/Y4LK0jlwSK

Yet even with this successful development of a combined design and simulation process, Maas said there’s only two people — him and his coworker — doing this type of work at Trek. “We’ve been doing parametrized optimization for a while, but we’d like to be doing CFD and FEA optimization simultaneously,” he said. “Simulation is a crucial part of our R&D process, and our designers embrace that. We’d like to push that capability out to designers.”

This year heralded a preview of what is to come for the next release of SIMULIA’s different components — from Abaqus to fe-safe. But ultimately, the goal of SIMULIA is to help ease the design process with an easier user interface, access to more computer power and possible generative design functionality. “We want to use the power of the computer and leverage that to help us design products,” said David Barnes, general manager, SIMULIA. “We need mechanisms to automate the design process ... and we also need something to integrate all the products [used] in the design process.”

What this means is including tools that can help give meaningful simulation-driven design workflows to engineers. According to Dassault, it is in the process of developing tools for:

For a thorough look at the technology update presentations from event, users can access the SIMULIA Learning Community. The 2017x release, according to Dassault, is scheduled for later this year — bringing engineers one more step to easier, faster and democratized simulation.