Accuracy, repeatability, durability and surface quality were all important factors, but so was cost. 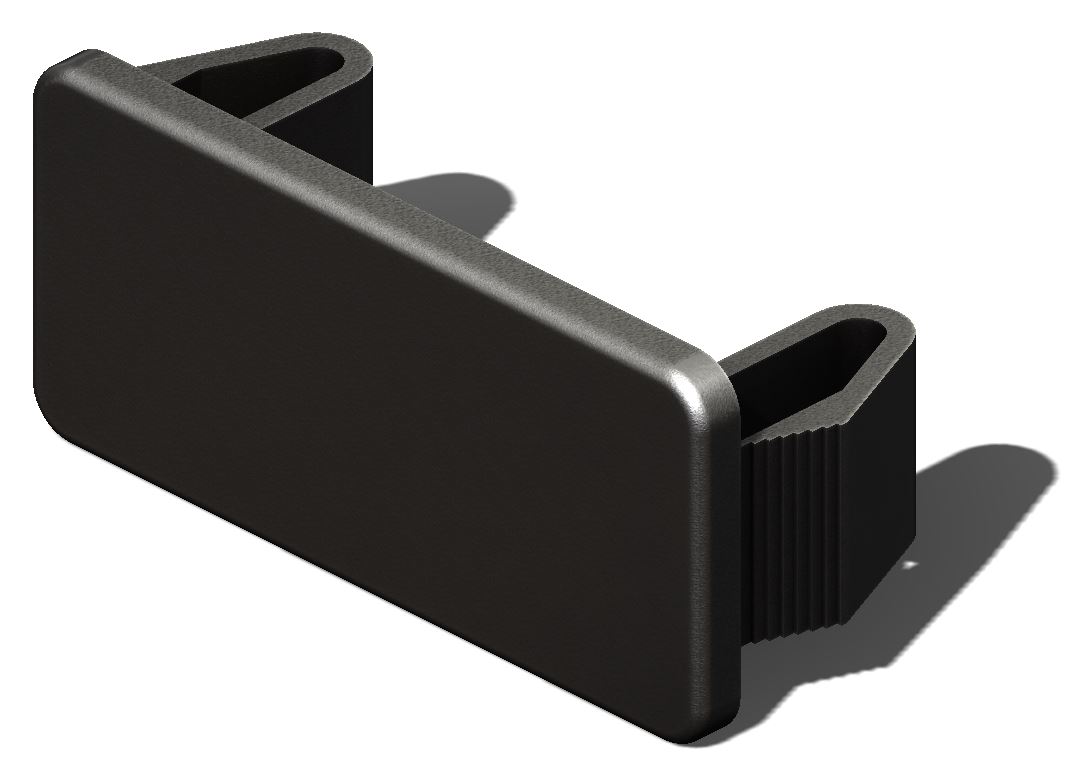 Every once in a while you run into one of those I-can’t-believe-this-is-a-problem problems. There should be easy solution – some simple part to buy – and you can’t believe it doesn’t already exist.

To make a new sales display unit with various configurations of custom lighting installations, the TOMAR staff invoked a flexible, modular design. This concept included panel slots for multiple rocker-style electrical switches that are populated in different quantities per specific model configuration. For versions using fewer than the maximum number of switches, empty slots would simply be covered with fitted plugs. However, when the switch manufacturer was asked about providing such plugs (with an outline the same as the switch), their only solution was to use dummy switches that are identical but simply aren’t wired up.

To senior mechanical engineer Tomasz Taubert, this “solution” was just primed to confuse the potential TOMAR customer.  Those who were viewing a demonstration (or trying it out themselves) would ask, “Why isn’t this switch working? Is it broken? Which switches do work?” A better solution was needed.

Taubert had already researched 3D printing/additive manufacturing (AM) for production of other simple components, and was well versed in the capabilities of the major AM technologies. Accuracy, repeatability, durability and surface quality were all important factors, but so was cost. One intriguing possibility was Carbon’s proprietary Digital Light Synthesis (DLS) technology powered by the Continuous Liquid Interface Production (CLIP) process. This is an AM approach that builds parts from liquid resin based on digital light projection combined with oxygen-permeable optics.

Having previously obtained some generic samples directly from Carbon, Taubert had a good sense of the solution offered by the CLIP process. He designed a rectangular plug, on the order of 1.3 x 0.6 x 0.5 in., and investigated service bureaus that could take on the job.

3D-Printing Parts for Companies of All Sizes

Primary Manufacturing, a plastic components manufacturer in South Dakota, had just a few months previously become a Carbon production partner. The company has dedicated itself to offering high quality, low volume parts in a variety of production-rated materials, and is the only custom plastics manufacturer that relies exclusively on Carbon’s DLS technology. Primary Manufacturing’s goal is to help companies large and small avoid the traditional plastic-parts problems of large minimum quantities and unacceptably long lead-times.

Ladd McCluskey, president and founder of Primary Manufacturing, notes: “We are a unique company, and we believe this technology can stand alone in the manufacturing world. The Carbon machines are great, but the resins are amazing. The properties of the plastics are as good as, and in most cases better than, injection molding — and the lead times are a few weeks at most.”

Having sent out for part quotes at several manufacturers offering DLS parts, Tomasz was impressed with Primary Manufacturing’s focus and belief in the technology, and placed an order for 96 parts from RPU 61. The parts arrived on time, and displayed the hallmark of the DLS technology: a great surface finish fresh out of the machine, with no layering lines. And once the plug was put in place, it was clear that the simple part was both strong and flexible: installing easily, filling the empty slot perfectly, and avoiding all confusion for the TOMAR customer. 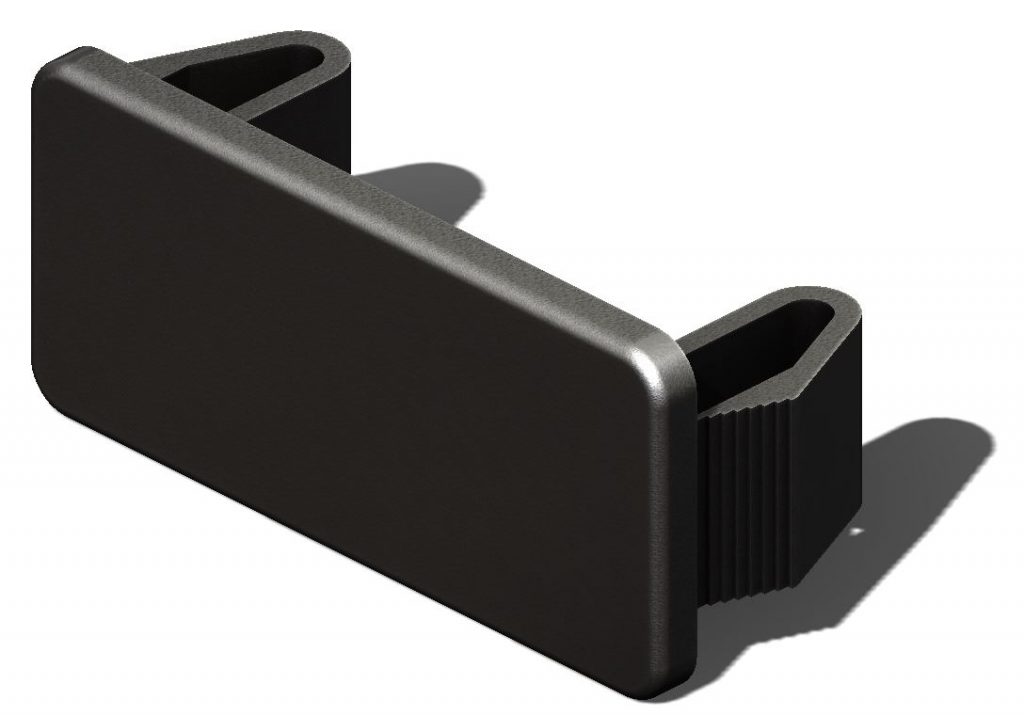 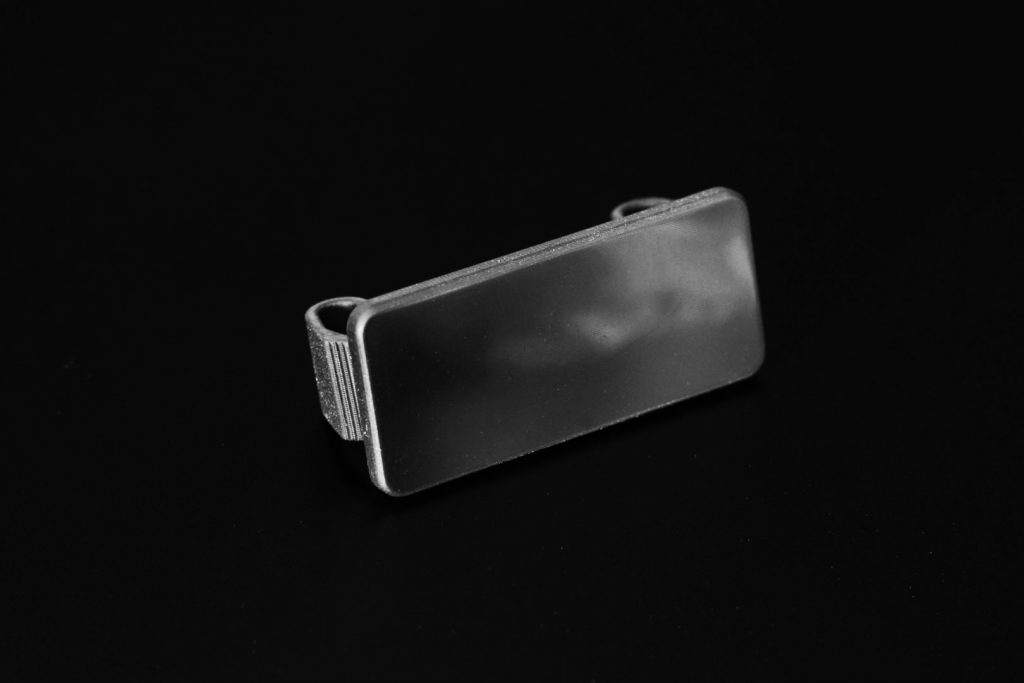 Most injection-molded parts are quoted in numbers starting at 10,000 or higher. “The volume for this part,” explains Taubert, “would never make injection-molding cost effective. Yet even at quantities below 100, the plug is less expensive than the mass-produced (dummy) switch.”

While not as glamorous or high quantity a usage as the recent joint production announcement by Adidas and Carbon, this application demonstrates one of the unique values of AM technology in general and the effectiveness of Carbon’s technology in particular: without DLS, Taubert says, he might simply be forced to use a more expensive and less elegant solution.

This example is also a small sign of big things to come, when 3D printing will offer a common solution for everyday problems.

“You might laugh, but it felt like an historical moment when I was specifying on the drawing, a 3D print material for production parts,” Taubert says.