UberCloud Wins Three Awards for CAE in the Cloud

Awards recognized UberCloud's work in the fields of moisture transfer simulation and electrostimulation of the brain in schizophrenia.

Awards recognized UberCloud's work in the fields of moisture transfer simulation and electrostimulation of the brain in schizophrenia. 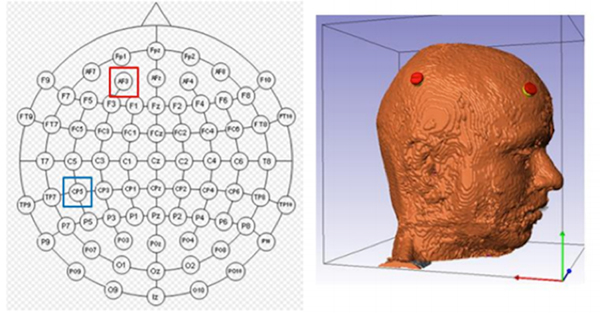 This work by UberCloud, for which it was awarded, represents a breakthrough in demonstrating the high value of computational modeling and simulation in improving the clinical application of non-invasive electro-stimulation of the human brain in schizophrenia and the potential to apply this technology to the treatment of other neuropsychiatric disorders. With the addition of HPC, clinicians can now precisely and non-invasively target regions of the brain without disrupting nearby healthy brain regions. Image courtesy of UberCloud.

UberCloud won three awards for HPC in the Cloud at the SC’18 International Conference for High Performance Computing, Networking, Storage, and Analysis in Dallas in mid-November 2018. During the opening reception, Tom Tabor, CEO and founder of Tabor Communications Inc., presented the HPCwire 2018 Editors Choice Award for Best Use of HPC in the Cloud, for UberCloud’s project “Simulating Moisture Transfer in a Residential Condo Tower Helped PBBL Law Offices to Prove a Client’s Case.” UberCloud’s project partners were the end user PBBL Law Offices in the US, Fraunhofer Institute of Building Physics in Germany with its simulation software WUFI and the Microsoft Azure team providing HPC computing resources.

Secondly, during Hyperion Research’s HPC Market Update Breakfast Briefing, UberCloud and partners received the Innovation Excellence Award for its UberCloud Experiment and case study #200 based on “Computer simulations of non-invasive transcranial electro-stimulation of the human brain in schizophrenia.”

“Our Living Brain Project team, led by researchers from the National Institute of Mental Health & Neuro Sciences NIMHANS in Bangalore and Dassault Systemes SIMULIA, is proud and humbled to be selected again this year by the Steering Committee of the HPC User Forum for the prestigious Innovation Excellence Award,” says Wolfgang Gentzsch from UberCloud, who managed this project. “And we are deeply grateful for all the support from Hewlett Packard Enterprise and Intel (the sponsors), Dassault Systemes (for Abaqus 2017), Advania Data Centers (providing HPC Cloud resources), and the UberCloud tech team for containerizing the Abaqus Workflow and integrating all software and hardware components into one seamless and fully automated HPE IaaS solution stack.”

Additionally the second winner of this year’s Hyperion Innovation Award was—again—UberCloud. This prize has been awarded for UberCloud’s project on ”Simulating Moisture Transfer in a Residential Condo Tower Helped PBBL Law Offices to Prove a Client’s Case, which also received the HPCwire Editors’ Choice Award.