High resolution monitors are essential to understanding the complex toolpaths of today’s 4- and 5-axis tools. Image courtesy of MasterCAM.

There was a time—not that long ago—when using a computer for milling meant learning how a specific toolpath would work out in the finished part. Computer-aided manufacturing (CAM) required an apprenticeship because not everything about the process was visible on the computer screen; intuitive knowledge was required. The tremendous variation in both software processes and milling equipment mean one-on-one training was needed to gain the required insight. 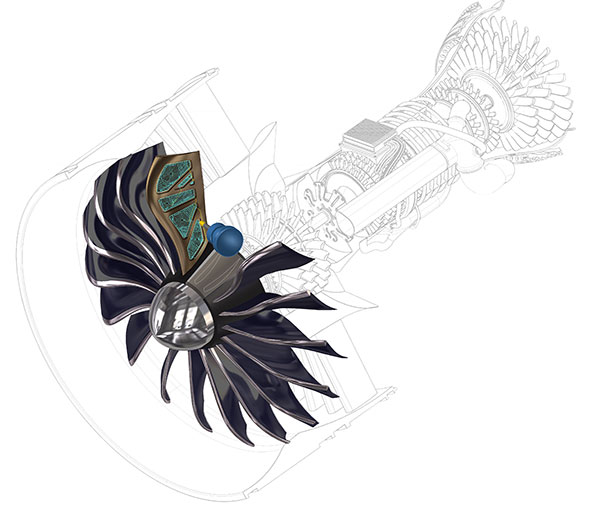 Gone are the days when part milling was a design-then-mill serial process. Today the machinists must understand the implications of design intent and respond accordingly within the CAM application. Image courtesy of MasterCAM.

The result is the need for a full visualization of the milling process, says Michael Buchli, a senior product and portfolio manager for Dassault Systemès SolidWorks. “The key to running toolpaths today is to know when the tool comes in and goes out,” he says. “The visualization of this is more important than ever.”

Buchli describes the process of a top-end mill like the Matsura 330 as challenging for both the designer and the shop floor machinist. The designer needs to understand the mass issues, to prevent an unmillable design from moving forward.

“I want to see the finish, like a basic simulation in finite element analysis,” Buchli says, speaking as if he were the designer. “It is about comparing the real part with the toolpaths” using visualization. “I want to see the stresses, the gotchas,” he adds.

For the machinist, running a five-axis mill means being in charge of a cutting device moving very fast, “much faster than mills from 25 years ago.” The machinist needs the visualization to understand the complexities of the project ahead of time. “You can’t afford trial and error in the shop,” Buchli says.

The evolution of CAM in daily practice means users need repeatability and consistency. “The companies really taking advantage of manufacturing technology have their processes dialed in,” says Buchli. In general, these are the larger companies, who have kept pace with software and hardware trends. The small, independent shops are less likely to have the computation horsepower to drive complex milling with full visualization.

Getting Data Back from the Shop Floor

As the idea of connected devices in the factory becomes more common, there will be a sharp increase in the amount of data coming back to designers and machinists from operations. CAM procedures will be able to provide feedback that can be used to improve both toolpath planning and design. Such data will be primarily visual in nature, making it imperative that the CAM workflow have access to the best visualization technology possible. That means high-end GPUs and 4K resolution monitors.

Researchers at Georgia Tech have experimented with using the open factory data standard MTConnect to collect data from machine tools and CAM stations. Traditionally, such data was only accessible to manufacturing execution systems (MES) to monitor process control, consumable usage and productivity. The research team took it a step further with development of an Android app to create a shop floor digital twin, accessible for both production control optimization and to create an “as built” full loop back to engineering. The research has not yet been commercialized.

A contemporary graphics processing unit (GPU) in a workstation means you have the equivalent of a second processing system under the hood. The CPU is best at running multiple algorithms and working with constantly changing data. The GPU excels at running a single algorithm simultaneously on thousands of processors.

Ben Mund with MasterCAM says CAM software vendors have found it easier to program CAM software to take advantage of GPUs than computer-aided design (CAD) software vendors, because of the nature of the process. The better graphics from a high-end GPU don’t make the mill run faster, but they do provide faster generation of complex toolpaths. “When you generate a toolpath in CAM, the visualization is generated after the process,” says Mund. CAD must “always be immediately visual,” which is a much more complex task.

Mund says MasterCAM works closely with leading GPU vendor NVIDIA. “Toolpath visualization is complex; having the best GPU is critical,” says Mund. “The better and faster you can display the information, the better you will understand what is happening.”

CAD programs are generally up to date with screen resolution standards, and already support 4K resolution. When CAM programs offer 4K, it becomes much easier for both the designer and the machinist to “finesse the operation,” Mund says. “You can really dig into the model” from a machining standpoint, to improve throughput or to provide a more aesthetic outcome.

When 4K resolution monitors were first introduced, their hefty price tag meant only the largest companies could afford to place them strategically within the organization. Today 4K monitors like those from Dell are mainstream, and should be considered the primary monitor for all engineering staff. The company offers many different 4K and 8K monitors, ranging from 24 inches all the way to 86 inches, including the new Dell UltraSharp U4919DW, a QHD 49-inch ultra-wide monitor. The curved, widescreen monitor has a resolution of 5120 x 1440 pixels and can display signal inputs from two different computers.

You can fill the Dell UltraSharp 49-inch curved monitor with display input from one or two workstations. Images courtesy of Dell and MasterCAM.

“4K” refers to the horizontal screen resolution of 4,000 pixels, double the resolution of FHD (Full High Definition) monitors. The increased pixel density means intricate details are revealed in very high fidelity without the need to zoom in.

A powerful visual subsystem driven by GPUs and high-resolution monitors is “a big benefit to MasterCAM,” says Ben Mund. “The better you can display the information, the better you will understand what is happening.”