Workstations in 2022: Lessons Learned From Pandemic 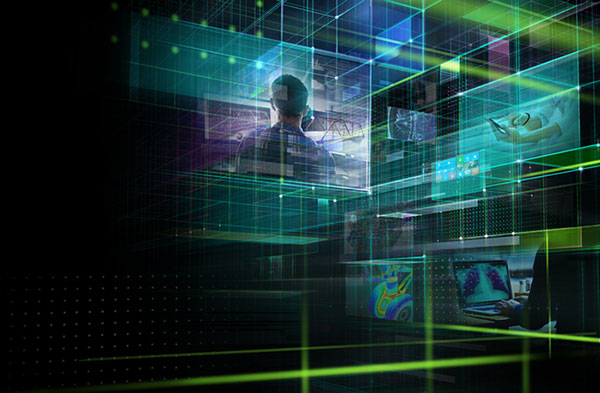 The COVID-19 pandemic radically altered workplace technology requirements. Thousands of engineers went from an office tower workstation to a laptop on the kitchen table. “Zoom” entered the vocabulary, and consumer-class home Wi-Fi started carrying data once protected inside the corporate firewall.

“Even the terminology of ‘remote work,’ referring to working outside the formal office location on an exceptional basis, seems outdated now,” says Matt Hancocks, senior director analyst, Gartner. “This is more than a semantic shift. As enterprises normalize working from home, concepts like ‘distributed workplace,’ ‘hybrid workforce,’ ‘flexible work’ and ‘work from anywhere’ are much more apt for the current environment.”

It’s a hybrid workplace when an engineer works from home and connects to the office. We used to call arrangements the future of work, but it is clear the future has arrived. As engineering workstation vendors prepare for the 2022 marketplace, such considerations replace such traditional notions of incremental improvements. Potential buyers can expect new workstations to offer improvements that will support the new normal of hybrid work configurations.

IT specialists are talking about the recentralization of data, using such phrases as “data lakes” and “data center-hosted workstations.”

This recentralization of data will have as much of an impact on workstations in 2022 as specific new technology inside the computer. Workstation industry analyst Alex Herrera says 2021 provided proof of concept for an overarching trend of increased migration from traditional client-side workstations to centralized datacenter-hosted workstations.

“The rush to work from home showcased one of the many advantages of a centralized IT topology, the ability to work anytime from anywhere seamlessly. For enterprises that had already taken the plunge into datacenter-hosted workstations, the IT transition proved trivial. While I think it’s clear that most will return to the office and few will work from home as the long-term normal, the temporary transition and resulting IT crash course forced us to not only realize the value of being location-agnostic, but also prove to ourselves that working remotely can work effectively,” Herrera says.

Velocity Micro is one of the first workstation vendors to offer the next-generation “Alder Lake” Intel CPU. This iteration offers up to 16 cores, divided for the first time into P-cores (Performance) and E-cores (Efficiency). Image courtesy of Velocity Micro.

Herrera also notes that a re-centralized approach to workgroup and enterprise IT based on big, shared datasets and scattered workforces means that “more enterprises should be spurred to eventually transition to data center workstations.”

So, what is a data center workstation? It is an upgrade from the kind of virtualization that some engineering companies have already been using. The “workstation” is virtual to the end user, who can be on any kind of PC. The data center is equipped with graphics processing units (GPUs), and the remote user is connected to a graphics-accelerated experience. IT likes this approach because its use becomes more about the user and less about managing deployed hardware.

Any application that can run on a physical desktop or mobile computer can run on the virtual datacenter workstation. NVIDIA offers the Quadro Virtual Data Center Workstation (Quadro vDWS), software that it says delivers a virtual workstation from the data center to any device, anywhere.

One problem engineering often faces when dealing with virtualization is licensing issues. CAE software in particular can be challenging to manage when deployed beyond one physical workstation or one cluster. How many cores are in use at any given time? How many users are connecting to the software? Is it continuous or occasional? Depending on the software, this could be trivial or an IT administrator’s nightmare.

If a new virtualization approach is not in the budget or the IT plan, the alternative is to improve the existing hardware. For workstations, that means upgrades to improve data handling and typical processing capabilities.

PCIe to the Rescue

Anyone who pays attention to the workstation market knows when vendors upgrade the CPU or GPU. These vendors—and the xPU trifecta of Intel, AMD and NVIDIA—crank up the marketing volume regarding new models.

Pay attention to an unheralded component that is rocking what workstations can do—peripheral component interconnect express (PCIe). It is the internal bus that forms the physical data network inside the box. We described in detail earlier this year (see “Fast Workstations Need Fast Buses: Inside PCIe Gen 4”).

The current shipping model is PCIe 4.0, which started shipping earlier in 2021. For years, the upgrade pace was slow (reflecting industry demand), but more recently, development is moving faster. It took seven years to move from Gen 3 to Gen 4. Industry rumors say Gen 5 systems can be expected by mid-2022. The goal of the PCI-SIG, an industry consortium that controls the standard, is to double internal bandwidth every three years.

Connections between the motherboard and peripherals are expressed in lanes. Some devices only need one lane; some need several. PCIe Gen 4 supports link widths of x1, x2, x4, x8, x12, x16 and x32. This flexibility allows the standard to support low-bandwidth devices and such bandwidth devouring devices as the latest GPUs or Ethernet 10.

“PCIe 4 and 5 are massive incremental steps,” says Chris Ramirez, senior product manager for Dell Precision Workstations. “Doubling bandwidth again and again is incredible. What you can do locally is massive.”

Ramirez says the first mover among engineering technologies to take advantage of PCIe Gen 4 was generative design. “But now artificial intelligence and machine learning are also taking advantage of these evolutionary increases,” he notes.

When components run faster, they run hotter. If you buy new workstations with PCIe Gen 4, look for a superior heat dissipation system. Dell, for example, is offering a dual-fan system on its mobile workstations.

When Less Is More

There was a time when keeping up with the pack meant having more than one monitor. Now there is a counter trend toward having one much larger monitor replace two or three “regular” sized ones. One big monitor saves space—important when using desktop workstations at home. Using only one monitor also reduces power consumption. Most workstation vendors and the leading peripheral vendors will be releasing 40-in. monitors in 2022.

Another aspect that became obvious during the pandemic migration to work from home is what gets broadcasted—especially if it’s more than one’s voice.

“We thought we had good solutions for working remotely, but when you spend most of your time on Zoom calls, you find out things,” says Mano Gialusis, senior product marketing manager at Dell for mobile workstations. “People have been buying external products,” to compensate for microphones that pick up too much ambient noise or cameras that stay on unexpectedly.

The speed difference between IPS and TN is approximately 5 to 6 ms, trivial for engineering purposes. A third monitor technology now in production, vertical alignment (VA), offers improved image contrast and image depth. Lenovo offers a 44-in. curved VA display for engineering workstations, and more vendors are expected to follow.

No article on engineering workstation trends could be complete without discussing CPU cores. In 2022, expect increased interest in two specific CPUs from Intel and AMD.

Intel is now at generation 12—codename: Alder Lake—for its Core processor line. This iteration offers up to 16 cores, divided for the first time into P-cores and E-cores. P-cores are “performance cores;” E-cores are “efficiency cores.” The CPU comes with a thread director (created in cooperation with Microsoft) to optimize workload by helping the operating system distribute instructions to the optimal cores and balance single- and multi-threaded software requirements.

The AMD Ryzen Threadripper Pro was introduced earlier in 2021 and engineering workstation vendors expect continued adoption in 2022. It is the only CPU on the market made from 7 nm processes. Various models offer up to 64 cores. Industry watchers are sharing rumors that AMD will jump to 128 cores in 2022. The consensus seems to be that AMD is waiting for PCIe Gen 5 as the foundational technology to make such a massive single-CPU system worthwhile.

Boutique workstation vendor Puget Systems occasionally reports on the ratio of Intel and AMD workstations. In a recent report in July 2021, the company said workstations equipped with AMD CPUs were 60% of their sales. The report noted supply chain issues caused the AMD lead over Intel in their sales to only increase by 1% from their previous report in February 2021.