Wowing Them in Vancouver at SIGGRAPH 2014

SIGGRAPH 2014 was held at the Vancouver Convention Centre. Image courtesy of SIGGRAPH 2014.

SIGGRAPH 2014 marked the 41st anniversary of the conference with the theme “Naturally Digital”.

Once upon a time, there were lots of computer tradeshows focused on computer graphics. Today, SIGGRAPH stands alone as the premier computer graphics conference. Held each summer since 1974, its official name is ACM SIGGRAPH, the Association for Computing Machinery’s Special Interest Group on Computer Graphics and Interactive Techniques.

SIGGRAPH 2014 ran August 10-14, at the Vancouver Convention Centre, located on the waterfront in downtown Vancouver, British Columbia, Canada. As a former resident of the city, I needed little excuse to attend my 16th SIGGRAPH — my first having been Atlanta in 1988.

SIGGRAPH 2014 was held at the Vancouver Convention Centre. Image courtesy of SIGGRAPH 2014.

This year’s conference brought together more than 14,000 artists, research scientists, gaming experts and developers, filmmakers, students, and academics from all 50 U.S. states and 75 countries, including more than 6,100 participants from the host country of Canada. The conference filled more than 40,000 sq. ft. of exhibit space featuring 175 participating companies from 18 countries.

Unlike many other computer conferences, SIGGRAPH has a large focus on the presentation of research papers. This year, there were 127 technical papers accepted (out of 550 submissions) plus 46 additional papers that had been published during the past year in the journal ACM Transactions on Graphics. Topics included “Pixie Dust: Graphics Generated by Levitated and Animated Objects in a Computational Acoustic-Potential Field”, a programmable pipeline for synthesizing multi-material 3D printed objects; and “PushPull + +”, introducing a 3D modeling tool enabling rapid modeling and adjustment of arbitrary meshes with slanted surfaces.

If technical papers were too, well, technical, attendees could also sit in on production sessions in which the creative geniuses behind recent Oscar winner “Gravity” and summer blockbusters such as “X-Men: Days of Future Past,” “The LEGO Movie,” and “Dawn of the Planet of the Apes” explained the processes and techniques they used to create their amazing special effects.

My week in Vancouver began with a tour of some of the cutting edge technologies featured at SIGGRAPH 2014, followed by a briefing by Vancouver Mayor Gregor Robertson and Ian McKay, CEO of the Vancouver Economic Commission. Long a center for television and film production, Vancouver will soon become the home of Sony Pictures Imageworks, which recently announced it was moving its headquarters from California into a new 74,000 sq. ft. studio in the heart of downtown Vancouver. Mayor Robertson noted that emerging technologies and computer graphics have caused “an influx of talent and great people to our city” as well as thousands of jobs for its citizens. The Vancouver Economic Council sponsored the Emerging Technologies area of SIGGRAPH and the virtual reality experience “Birdy” won the Laval Virtual award and the AR/VR competition.

“Birdy” enabled visitors to experience what it was like to fly like a bird through a virtual city. Video by David Cohn.

Adjacent to the emerging technologies area, the SIGGRAPH 2014 Art Gallery gathered 14 outstanding, critical, and innovative works and projects incorporating the theme “Acting in Translation.” Works included “Subway Stories,” an interactive storytelling installation where you could selectively listen in on conversations among individuals on a train, and “Lineographs,” black and white etchings come alive (like the paintings in Harry Potter). There was also an impactful keynote by Not Impossible Labs co-founder Elliot Kotek, who shared effects including Project Daniel, which outfitted Sudanese amputees with new prosthetic limbs thanks to 3D printing technology.

Black and white etchings came alive in “Lineographs,” one of the installations in the SIGGRAPH 2014 Art Gallery, by Joseph Farbrook – Worcester Polytechnic Institute. Video by David Cohn.

Of course, SIGGRAPH 2014 did include a tradeshow and many vendors used the venue to announce new products. Perhaps the biggest news for Desktop Engineering readers was that for the first time in many years, both Intel and graphics card vendors will be releasing new generations of their products at the same time. NVIDIA announced a refresh of its Quadro Kelvin-based GPUs (graphic processing units), including the K5200, K4200, K2200, K620, and K420. 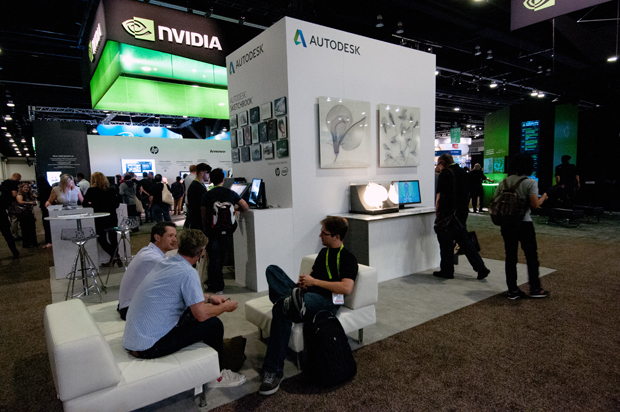 Dell and Lenovo also announced new workstation lineups, with Dell unveiling its new Precision Tower 5810, 7810, and 7910 workstations as well as its Precision Optimizer v2.0, a software tool that provides automatic dynamic performance tuning of workstation system settings based on the application being run. At the Dell event, Teradici also introduced its PCoIP Workstation Access Software, enabling remote workers to instantly and securely access their workstations from anywhere using this $199 software-only VM solution.

Lenovo chose the Vancouver Art Gallery as the venue for unveiling its latest vision for the ultimate in desktop workstation performance, reliability and usability. The new Lenovo ThinkStation P900, P700, and P500 workstations are redesigned from the ground up and join the entry-level P300 announced in May. The three new system feature tool-less upgrades, flexible storage options, and cutting edge performance thanks to new Intel Xeon processors, NVIDIA GPUs, and high-capacity DDR4 memory.

Conference goers were also able to get a first-hand look at Epson’s latest SureColor T-Series large format color printers, which are now available in both single- and dual-roll models.

Attending SIGGRAPH would not be complete without also attending the Computer Animation Festival, a presentation of the year’s best computer animation. The nightly two-hour presentation is recognized by the Academy of Motion Picture Arts and Sciences as a qualifying festival and often includes works that go on to be nominated for Academy Awards in the Best Animated Short category. Best in Show this year went to “Box,” a film that explores the synthesis of real and digital space through projection mapping on moving surfaces. The short film documents a first-ever live synchronized performance using 3D projection mapping, robots and actors. 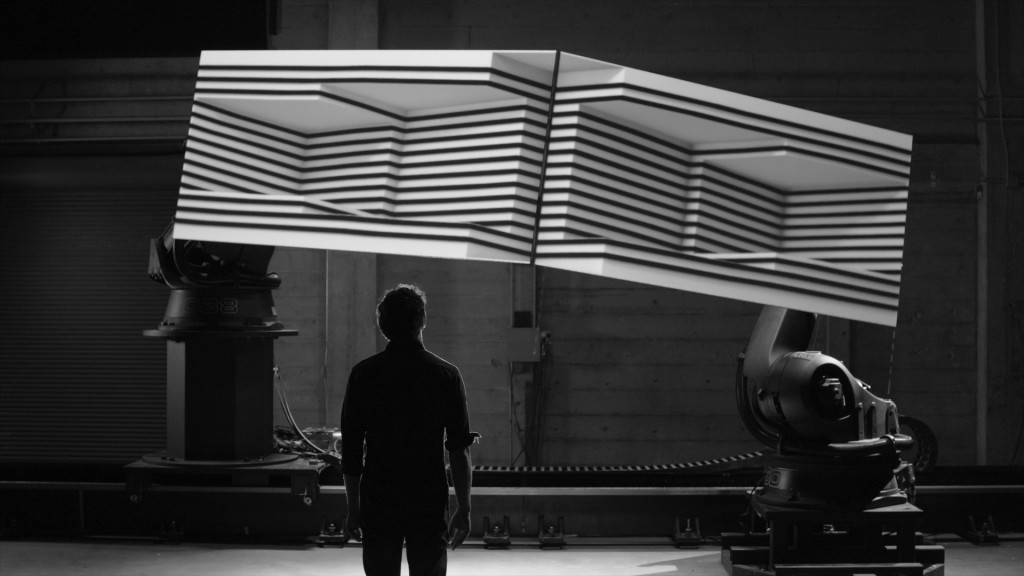 If any of this whets your appetite, mark your calendar to attend next year’s ACM SIGGRAPH, which will be held August 9-13, 2015 in Los Angeles.

Read about the Dell-Teradici partnership on Virtual Desktop.