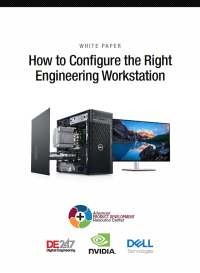 How to Configure the Right Engineering Workstation
Learn how key workstation components can impact engineering productivity, and what factors to consider when configuring a new engineering workstation.
Learn more

NVIDIA in the News