Can Generative Design Go Mainstream?
Software vendors have made big investments, but there are barriers to practical adoption. 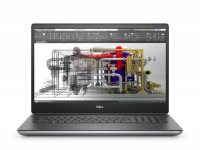 Work-From-Home Workstations
Configuring the right workstation when engineering leaves the building.
Editor’s Picks: Sept. 10-16, 2020
One of the picks will be chosen as DE’s Editor’s Pick of the Week.
FREE WEBINAR: From Prototypes to Mass Production - Micro Manufacturing Reinvented
A method called Projection Micro Stereolithography (PµSL) is emerging as a new technology to produce parts at a length...
All posts