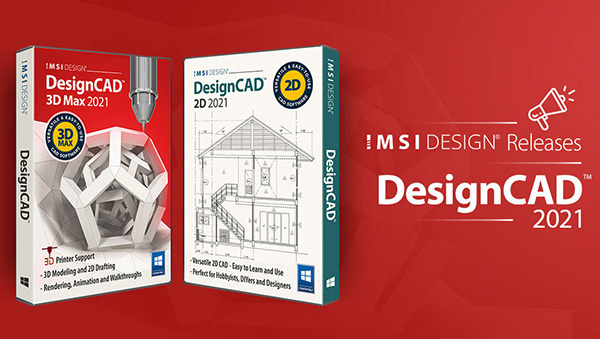 IMSI Design, the developer of TurboCAD, has upgraded its DesignCAD family of products.

“We've put a lot of emphasis on usability, performance  and overall modernization of DesignCAD with the 2021 release,” states Bob Mayer, president of IMSI Design. “Both our existing customers, as well as prospective new users will appreciate these enhancements that continue to make DesignCAD the easiest to learn CAD title,” adds Mayer.