SLM Solutions Presents Innovation for Producing Large-Scale Metal Parts
The solution will enable production of high-quality metal parts up to a size of 3.0x1....
Shell and GE Additive Metal 3D Print Oxygen Hydrogen Micromixer
Shell operates a 3D printing facility at Energy Transition Campus Amsterdam in proximity to its...
Diana Kalisz to Receive AMUG Innovators Award for Contributions to Additive...
AMUG bestows this award on those who have cultivated innovative ideas that have advanced the...
Editor’s Pick: 3D printing at 25µm
Boston Micro Fabrication microArch S350 3D printer is the newest addition to BMF's family of...
More Prototype/Manufacture

SmartCAMcnc has announced the 2016 release of its SmartCAM portfolio of CAM software. SmartCAM v2016, says the company, delivers a substantially updated Knowledge-Base Machining (KBM) Library as well as improvements to the user interface and to the core milling functionality. 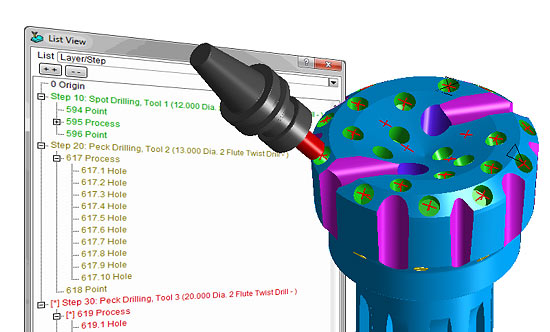 SmartCAMcnc has introduced the 2016 edition of its SmartCAM software family. Image courtesy of SmartCAMcnc. 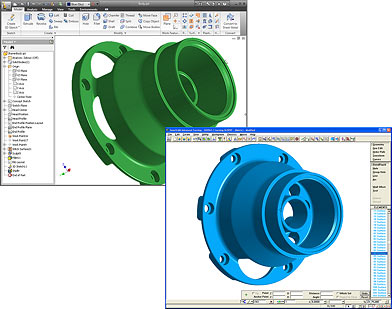 SmartCAM v2016 builds on the KBM Library functionality first introduced in SmartCAM v2015 and is available in all SmartCAM products. The KBM Library provides the ability to store and re-use tooling and operation settings, which can then be used for creating new programs. Among its original features are support for storing machine configurations, the ability to add materials directly from a SmartCAM application without an intermediate utility and capabilities to update existing operation parameters stored in the active material. 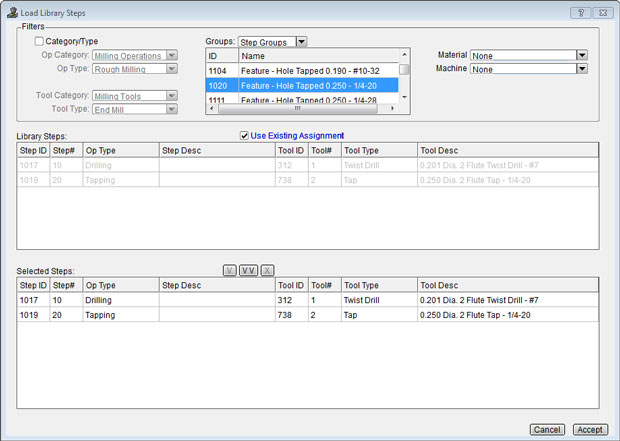 SmartCAM v2016 sees a number of “substantial” enhancements to its Knowledge-Base Machining (KBM) Library, according to the company. Depicted here is the creation of a pending set of steps using the KBM Library. Image courtesy of SmartCAMcnc.

The v2016 version of the KBM Library lets users manage their tool and operation parameters by bringing together all their stored and managed manufacturing data in a single repository. Additionally, the KBM Library’s associativity feature allows jobs that use library definitions to be updated to the most current definitions quickly

Improvements to the KBM Library introduced in v2016 include a revised user interface that enables SmartCAM programmers to add multiple tools or multiple steps to the Job Operations Setup with a single action, a new Group Filter feature that displays the set of tools or steps associated with a user-defined filter and a new Manage Library utility that provides maintenance and administration capabilities for library data and group filters.

The SmartCAM List View user interface component has been enhanced in v2016 to now display model data in an expandable and collapsible tree structure. CAD and CAM model elements can now be shown from this hierarchical list, which, explains the company, provides a convenient method for viewing as much or as little detail of the model as needed. 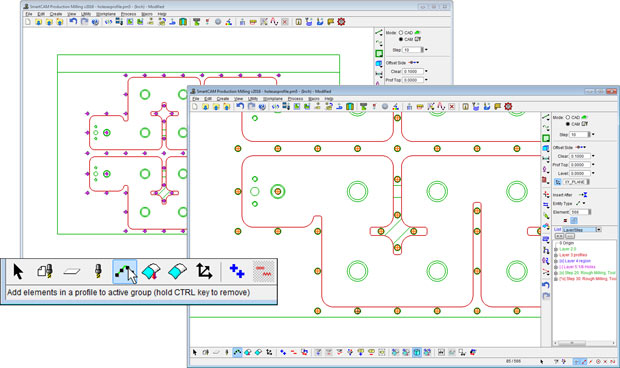 SmartCAM’s Profile Group Select tool has been extended to enable the selection of identical holes or hole features that are sequential in the Process Model database. Image courtesy of SmartCAMcnc.

A new View Section command debuts in v2016. This graphics clipping method makes it easier to view and select hidden elements. By way of example, SmartCAMcnc explains that this technique can be particularly beneficial when creating internal bore toolpath processes in SmartCAM Turning and Mill Turn applications.

Additional enhancements in SmartCAM v2016 include an updated ACIS modeling kernel and a number of new customization functions, many of which are user-requested. For additional details on SmartCAM v2016 and the SmartCAM software family, visit SmartCAMcnc.

Go here for some short videos on the basic concepts of SmartCAM Milling.

See why DE‘s editors selected SmartCAM v2016 as their Pick of the Week.