Fly Mode features a drone mounted on the rear of the vehicle that, when launched, gives the driver and passenger an unprecedented birds-eye view of the surroundings. 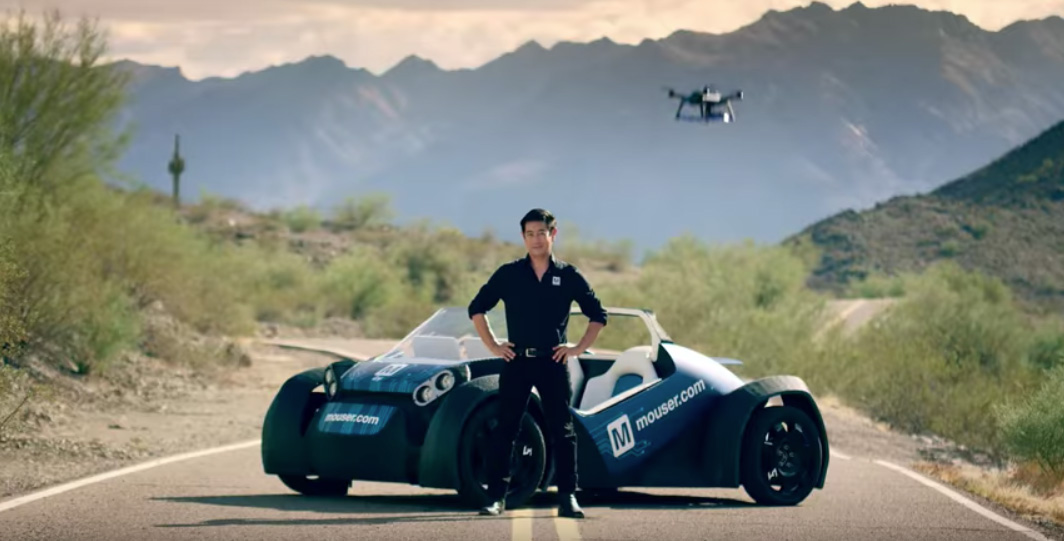 Now that 3D printing has established itself as a standard technology within the automotive industry, companies are finding ways to build on it and pair it with new technologies. One example is an updated Strati car from Local Motors and Mouser, which incorporates self-driving and drone-launching technology.

This specific car is part of Mouser’s Essence of Autonomy Challenge, which is focusing on bringing new innovations to autonomous cars. Throughout the competition, Local Motors drew from the engineering community to provide potential features that could be incorporated into future versions of the Strati.

In this challenge, Fly Mode features a drone mounted on the rear of the vehicle that, when launched, gives the driver and passenger an unprecedented birds-eye view of the surroundings. Both can watch the drone’s footage on dashboard-mounted viewing screens, providing a 360° perspective of the surroundings, according to Mouser.

By adding flight capabilities, this brings a new sensory experience to transportation, explains Finn Yonkers, developer of Fly Mode. It offers an entirely new viewpoint that’s out of context, but can give information to the driver.

“I am thrilled to see the Mouser Strati come to life,” said Local Motors Co-founder and CEO John B. Rogers, Jr. “This partnership is an example of the unprecedented speed at which innovative vehicles can come to life through the combined power of cutting-edge suppliers, advanced manufacturing and co-creation.”

Below you’ll find a video of the 3D-printed vehicle and its drone-launching capabilities.