The German company known for large-scale extrusion printing will be unveiling its latest technology at FORMNEXT 2018, offering 5X speed-up with precision controls.

The German company known for large-scale extrusion printing will be unveiling its latest technology at FORMNEXT 2018, offering 5X speed-up with precision controls. 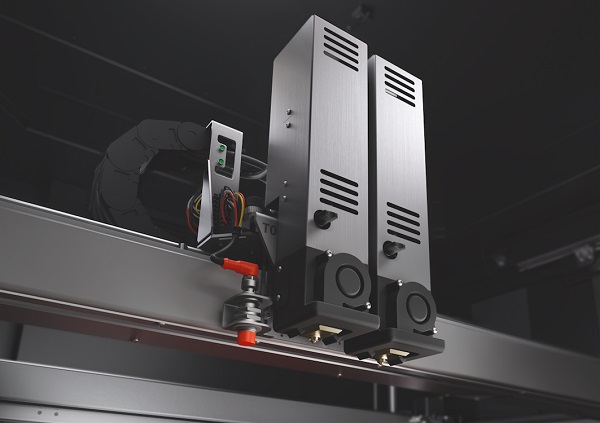 You know the saying: Go big or go home. Berlin-based BigRep, though still under five years old, has already made its mark with the BigRep ONE filament 3D printer, offering a 1-cubic-meter build volume, as well as the slightly smaller BigRep STUDIO. Next week, the company will be announcing two more systems that offer that same cubic-meter build size but at a 5X print-speed increase – thanks to its new MXT technology.

From its founding, BigRep set out to revolutionize design, prototyping and industrial production “from the ground up.” The new systems are aimed at taking extrusion printing into real manufacturing. They do so by combining highly regulated extrusion-flow characteristics with state-of-the-art motion controls that manage acceleration without vibration.

“Currently, there is an assumption that filament diameter is known and constant, but due to tolerances, you really don’t know the diameter at any given time,” says Aknin. “This is the main reason FFF parts are not repeatable. Now, we have a metering device that controls how much molten material is getting out of the tip, separating the melting from the extrusion. No other FFF system is doing that.”

Working with Bosch over the past year, he adds, BigRep has developed 3D printing systems that extrude while moving at 600 mm per second — speeds that you usually only see during the brief moments when an extruder enters its rapid “homing” mode. Next generation systems will achieve 1 meter per second, according to the company. All of this adds up to fast, repeatable part production. 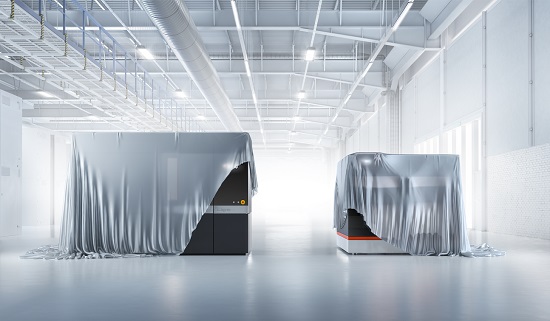 Linking AM Systems to Full Factories

In addition, because Bosch develops not just components but complete systems, the MXT approach includes IoT capabilities built-in for two-way communications. Aknin says that not only can users send commands to the machine but in turn the machine will collect and send back data, monitoring conditions in real time. “For example,” he says, “You can set your desired parameters that mean ‘this is healthy behavior,’ and if something is ‘off’ - for example, this motor is drawing more current than it should – it will tell you.”

This IoT connectivity is key to BigRep’s expansion into true manufacturing. Frank Marangell, who came on board as chief business officer and president of BigRep America a little over a year ago, enlarges on this topic. “If you walk into any progressive manufacturing facility,” he explains, “you’ll find that everything is linked into their data system except for their 3D printers. That’s great if you’re making tooling or prototypes, but if you want to be part of low-volume manufacturing, you need to be integrated, and that’s what MXT does besides adding speed. It’s going to make a reliable, repeatable extruder, and solve the limitations of today’s systems.”

BigRep systems work with open-source materials; Marangell notes, “Proprietary material doesn’t cut it.” The company does produce its own plug-and-play materials but has also been working with multiple suppliers such as BASF to qualify other materials. These include true nylon, true ABS, and eventually filled versions of both (carbon and glass) as well as BASF’s own version of Ultem.

Aknin’s motto is “applications-materials-systems,” stresses Marangell. “If you wake him up in the middle of the night, he says that – it’s that important! Don’t just make a system and try to figure out where it goes.” They have worked with many companies to identify needs targeted to engineering materials and designed the machines to work with those materials.

Marangell sums up where BigRep is headed by saying, “Tooling is the low-hanging fruit but for real end-use parts, people are starting to get creative. There’s a lot of interest in qualifying parts as an alternative to the injection-molding or forming or milling they’re doing today; they’ll be low volume or custom or spare parts, but still real manufacturing. BigRep has the investors, the backers and now the technology to be a player in that game.” Plans for next-generation system performance already include speeds of four times the current impressive rates.

The MXT technology will be unveiled in BigRep’s new machines at FORMNEXT 2018 (November 13-16, Frankfurt Germany). BigRep will be taking orders; the first substantial batch of systems is already being built.