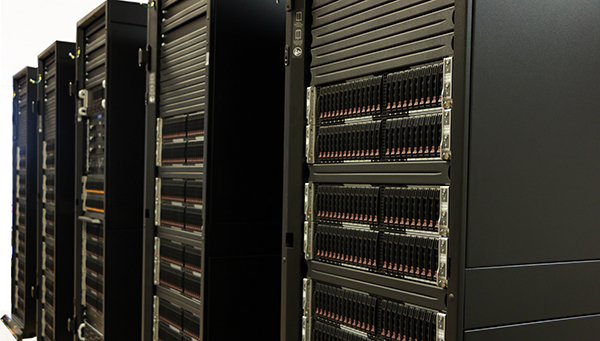 The Microway NumberSmasher can be run as a standalone unit or as part of a larger rack-mounted cluster. Image courtesy of Microway.

Boutique power computing vendor Microway introduces a significant update to its line of HPC servers, the Intel Xeon-based NumberSmasher. Microway offers the NumberSmasher in variety of 1, 2, and 4U configurations. All are equipped with “bleeding edge” 2nd Generation Intel Xeon Scalable processors and NVIDIA Tesla-generation GPUs.

The 1U 4 GPU Single Socket Server is the reference model in today’s brief, standing in for the entire NumberSmasher line. Every Microway HPC server and cluster is tested specific to the customer’s needs—including a final 48-hour run of the GPUs—before being shipped directly to the customer.

Microway works with companies of all sizes to deliver HPC units and clusters tailored for their particular needs. In a recent win, Microway will deploy over 10,000 cores as part of one purchase. 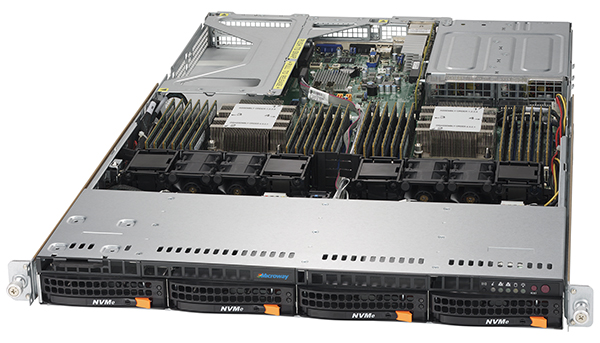 The 1U 4 GPU Single Socket Server is designed for tasks that make heavier use of the GPU than the CPU for applications that include artificial intelligence and deep learning. Image courtesy of Microway.

The servers in the NumberSmasher line all support the new Intel Optane Datacenter Persistent Memory and Intel Deep Learning Boost Instruction set (VNNI). The Cascade Lake SP CPU driving this is available at various clock speeds up to 3.8 GHz.

The 1U model offers Microway’s highest GPU/CPU density in a single-socket compact rack footprint. It is designed for accelerated workloads that will make heavier demand of the GPUs than the CPU.

The 1U can support up to four NVIDIA Tesla V100 or P100 GPUs. The V100 is currently NVIDIA’s data center graphics processing unit, offering the equivalent of 100 GPUs operating as a single GPU. Microway includes the NVIDIA CUDA SKD, installed, configured and stress-tested for 48 hours prior to shipment.

The internal architecture starts with a simplified PCI-E tree, designed to simplify connecting to other units in a rackmount system. The NumberSmasher supports GPU DIrect as well as peer-to-peer transfers with neighboring GPUs. It has switched architecture with 2 PLX switches.

1U NumberSmasher options include up to 28 Intel processor cores. The six-channel DDR4 RAM runs at 2666 MHz. There are six RAM slots, holding up to 768 GB memory. Up to four PCI-Express 3.0 double-width slots are available, along with two hot-swap 2.5-in. drive bays running at 6 Gbps. Total addressable storage is 4 TB storage per unit.

Microway products are sold direct by the vendor, and each quote is custom.

See why DE’s Editors selected Microway NumberSmasher 1U 4 GPU Single Socket Server as their Pick of the Week.