Epic Games to Use HOOPS Exchange for CAD Import 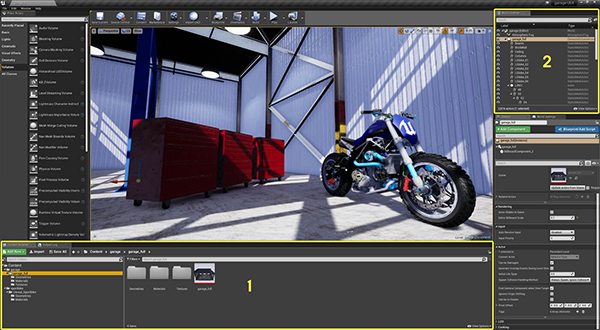 Epic Games, Unreal game engine's developer, announced today it's selecting HOOPS Exchange as the technology to enable CAD import. The technoloy will be incorporated into its Datasmith pipeline, used by CAD users to bring CAD models into the game engine for more sophisticated visualization and interactive applications.

Tech Soft 3D is well-known in the CAD software community as the supplier of HOOPS, a suite of technologies to enable 3D visualizaiton and data exchange. Its SDK (Software Development Kit) is the visualization engine behind design and simulation programs from Autodesk, Dassault Systemes, Hexagon, and Siemens, among others.

In previous versions of Datasmith, a different technology was used, but, according to Tech Soft 3D, “For the most recent release of Datasmith, the Unreal Engine team took the time to fully benchmark a variety of SDKs to find the best one. As a result, they wound up switching out the CAD translation SDK they had previously been using in favor of HOOPS Exchange.”