How Do We Design Thin, Flexible Phones?

Manufacturers now have the tools to make this holy grail of smartphone design a reality. 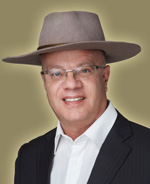 The first smartphone, Simon, was released by IBM in 1992. The device was 200x64x38 mm and weighed a hefty 1.1 lbs. Size was not the only reason that Simon didn’t last long on the market—but it was certainly chief among them.

Phones shrank dramatically in the 15 years after Simon hit the market, then the rate of shrinkage stalled. In recent years, the thickness of the smartphone has barely budged. Other innovations to the smartphone form factor, such as flexibility and weatherability, are also stalled.

Many consumers are interested in a thin, flexible phone design. Back in 2011, researchers at Queen’s University in Canada devised a paper-thin phone prototype. The appeal was obvious enough that commentators predicted full commercialization within five years. Yet a thin, flexible design aesthetic for smartphones has so far failed to reach the market. Now more than ever, as display size begins to grow again due to rising demand for mobile video, there is an acute need for phones to become thinner to offset increases in width and height. As manufacturers struggle to distinguish themselves in a crowded market, the appearance of the phone and the price tag are two of the only differentiators available. A thin phone design stands out from the pack.

How can we achieve the dream of the super-thin, flexible phone that many consumers still hold dear? And more vitally, how can it be done at a price point that consumers find appealing?

Cellphones can use new technology to bring thin, flexible and durable phone design to consumers on a large scale. Incredibly, technology has progressed so quickly that thin, flexible designs could conceivably be offered at a lower price point than thicker phone designs. All that’s needed is for manufacturers to adopt and scale these technologies.

Inspiration from the Now

A second step toward a thin design aesthetic is printing antennas directly onto the phone body. All antennas have metal in them, but most of the antennas in smartphones today are made separately from the phone, and as a result they are bulky and relatively expensive.

In modern phone design, every millimeter counts. Today’s smartphones hold up to 13 antennas inside the main body, which transmit and receive radio signals. By jetting conductive ink onto pre-manufactured plastic parts, phone manufacturers can equip devices with lightweight and highly receptive antennas that take up less space inside the phone’s body.

Printed antennas can be affordably introduced with low-cost conductive ink that contains nano metal particles. This process, through which antennas can be printed onto existing phone parts such as the case or the boards, is called additive digital production. Printing antennas directly on to phone parts through additive digital production will allow manufacturers to make less expensive devices and also to reduce the volume of the phone. This unlocks new design opportunities, including a thin phone design or even flexible and weatherproof designs.

Printed antennas are more common today than in the past, but cell phone companies have far to go before the space used for antennas is minimized. Using conductive ink to fabricate printed antennas is a good first step. Conductive ink transmits and receives electromagnetic waves well, while using less space. Printed antennas also offer meaningful cost reductions for the manufacturer—electronic printing in 2D saves on materials and can reduce overall cost of production, especially because the ink can support 24/7 production and high throughput.

Consumers are increasingly excited by the potential of super-thin and bendable phones. Manufacturers now have the tools to make this holy grail of smartphone design a reality. Wireless technology for audio and conductive ink for printed antennas are two of the most promising technologies that are available today for thin phone innovation. Soon, super-thin and flexible phones may be available to consumers for the first time.

Fernando de la Vega is the founder and CEO of PV NanoCell Ltd. Send email about this commentary to [email protected]