Link3D acquisition will fold AM-specific MES into the cloud-based platform.

Link3D acquisition will fold AM-specific MES into the cloud-based platform. 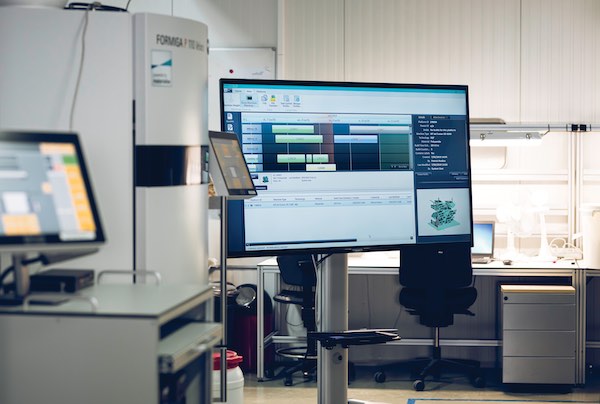 Materialise is building a cloud-based platform that streamlines AM workflows as part of an end-to-end manufacturing workflow. Image Courtesy of Materialise

As companies experiment with and expand usage of 3D printing for large-scale production, Materialise is betting that a new kind of manufacturing execution system (MES) is required in the mix to help streamline manufacturing workflows.

Materialise announced it has acquired an option to purchase Link3D, a maker of an additive workflow and MES system as part of its emerging software platform strategy. The acquisition is intended to further Materialise’s ability to help enterprises gain control of their manufacturing operation as they scale up AM as part of a holistic volume production roadmap. “Working together totally accelerates the plans of both companies,” said Stefaan Motte, vice president and general manager of Materialise Software, in a press conference announcing the proposed acquisition. The synergies are about creating an integrated SaaS platform that can govern the end-to-end workflow of complex manufacturing realities, he says.

Advances in AM technologies, including more sophisticated Fused Deposition Modeling (FDM) offerings as well as laser and powder bed metal printing systems, are enabling companies to produce larger and more complex parts with improved reliability at a much more palatable cost. As a result, many are beginning to integrate AM into their production roadmaps. Yet as these new AM-based operations are scaled and integrated with existing manufacturing environments, companies are grappling with an increasingly diverse and distributed landscape that threatens to derail the advantages of this next-generation production model.

Most of the challenges are tied to the fact that AM production has typically been managed and isolated from conventional manufacturing methods, which leads to inefficient workflows and disconnected processes. “The wall between traditional production and AM needs to disappear,” explained Bart Van der Schueren, Materialise chief technology officer. “We need to start thinking about connecting those printers with the rest of the conventional production environment.”

That’s where Materialise’s emerging cloud-based platform strategy comes into play. The company plans to evolve its entire software suite to a SaaS model, offering customers access to a unified suite of tools, including the AM-specific Link3D MES for connecting previously siloed workflows. Over the years, Materialise has announced pieces of that cloud-based platform, including Magics Storefront, an e-commerce and CRM solution, and Process Tuner, a cloud-based platform that speeds up process tuning that is required for mass manufacturing 3D printed parts.

“As 3D printing gets integrated into manufacturing, we need to run the most efficient, repeatable, automated processes for both manufacturers producing large volumes of identical parts or those producing customized products,” Van der Schueren said.

For a deeper look into how the Link3D MES is specifically designed to support AM processes, check out this video.