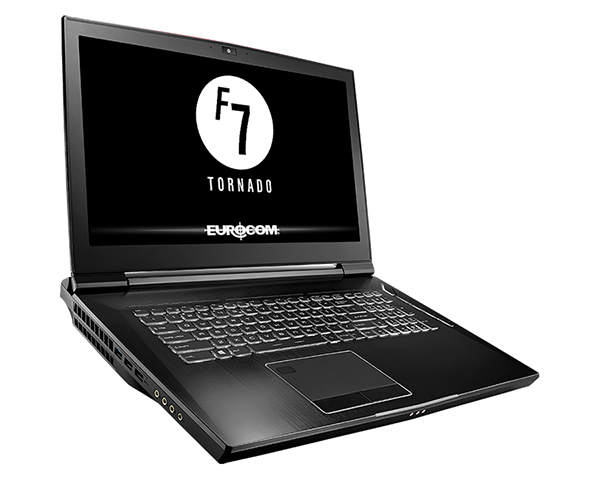 Eurocom offers the Tornado F7W with a choice of processors, including the Intel Core i9-9900K and Core i7-9700K, as well as the Intel Xeon E-2186G, a six-core/12-thread CPU. Each of these processors are LGA 1151 socket-based, allowing for future upgrades to next-generation Intel processors when available. 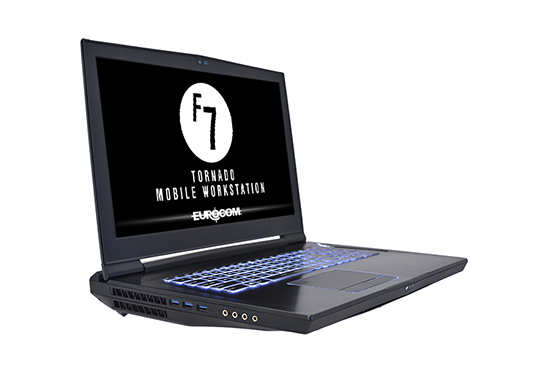 Security features that come with the Tornado F7W, Eurocom says, improve the protection of intellectual property assets and restrict access to critical data. Among these features are a smart card reader and a fingerprint scanner for security access. Additionally, the Tornado 7W provides TPM (Trusted Platform Module) 2.0 and BIOS disk encryption for data encryption.

Up to five physical drives for a total of 22TB of storage are possible. The Tornado 7FW will accommodate three M.2 NVMe (non-volatile memory express) SSD (solid-state drive) slots and two 2.5-in. SATA 3 bays running in multiple RAID configurations, including RAID 0/1/5/10. It also allows for RAID 0/1/5 configurations with NVMe SSDs.

The Tornado F7W comes with either a FHD (full high definition) or UHD (ultra high-definition/4K) 17.3-in. display, and it can drive up to four total displays. It also is equipped with five USB 3.1 ports as well as single Thunderbolt 3.0 and HDMI 2.0 ports. Mini Display; headphone, line-in/line out, microphone and networking connections are also provided. 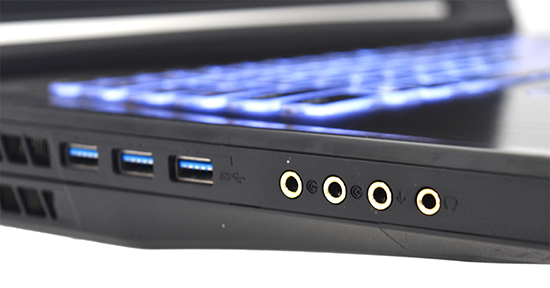 The Tornado F7W Mobile Workstation has a range of external connections, including five USB 3.1 ports, single Thunderbolt 3.0 and HDMI 2.0 ports as well as headphone and networking connections. Image courtesy of Eurocom Corp.

For further details as well as the ability to set configuration options, click here.

Click to check out component options for the Tornado F7W.

Learn how the Tornado F7W performed on some leading benchmarks.

See why DE's Editors selected the Tornado F7W Mobile Workstation as their Pick of the Week.