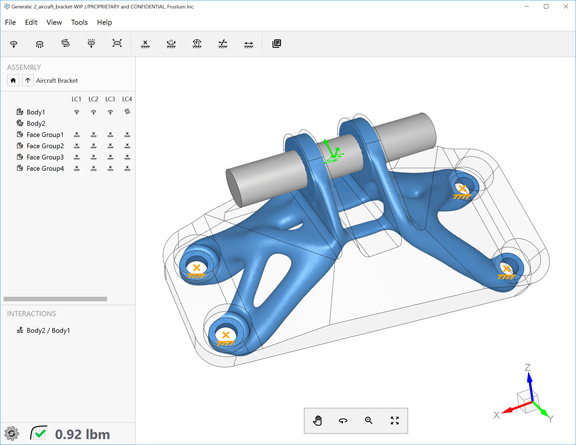 Frustum, which develops and sells the cloud-hosted Generate software, decided it’s time to move beyond the cloud-only strategy and get into the Windows workstations.

Last week, the company launched a Windows OS version of Generate, available to install and run on personal workstations.

“The web version doesn’t give us access to the GPU [in the user’s personal machine],” explains Jesse Coors-Blankenship, CEO, Frustum. “We’re introducing what we call interactive generative design. In order to realize that, we really needed be able to leverage the CPU and GPU directly on the user’s machine.”

Frustum plans to offer both the SaaS-style browser-based Generate and the Windows OS versions, Blankenship clarifies.

Individual professional licenses for SaaS-style Generate is available as $100 per month subscriptions. With the cloud-hosted version of Generate, the job runs in the cloud; therefore, the software doesn’t access your workstation’s processors (CPUs and GPUs). The license comes with 100 monthly credits, with the option to purchase more as needed. The credits dedicated to a job affect the speed of the solution and the number of design iterations explored.

The company sells SaaS Generate with unlimited usage for roughly $12,500 per year, according to Blankenship.

By contrast, the Windows OS version comes in annual subscriptions, priced $10K per year, per module. The two available modules are for topology optimization and lattice optimization. Those who purchase both modules can get the license for $16K per year.

“With the Windows desktop version, it addresses some users who worry about how many credits they still have,” says Blankenship. “If they worry about that, they won’t be experimenting that much. We want people to experiment more.” 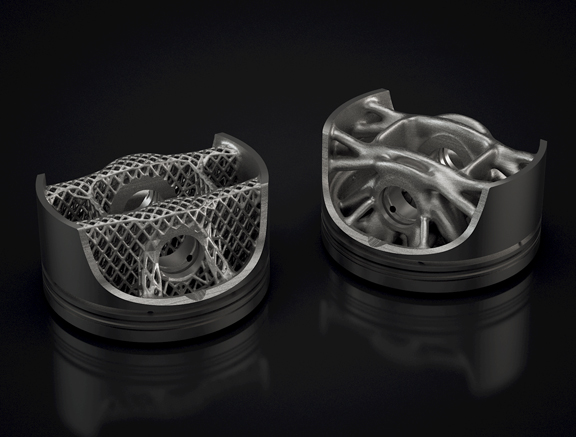 Lattice optimization is a module available only in the Windows OS version of Frustum Generate. Iimage courtesy of Frustum.

The GPU Makes a Difference

The desktop version is licensed to run on a single machine. In other words, you can run the software on a single workstation, but not on a server cluster. Therefore, for optimal performance, those who choose the Windows desktop version may consider investing a GPU.

“The GPU makes a difference with large, complex design spaces with lots of interfaces,” Blankenship says. “We’ve seen that the GPU can give up to 10X speed up in these situations.”

Generate performs topology optimization using structural analysis. Feature for feature, the Windows desktop version is “a much more robust solution,” according to Blankenship. The biggest appeal in the Windows version is interactivity, he adds.

“If you move the location of a pin or a hole in the Windows version, for example, the design will automatically update,” he says. “To make that level of interactivity possible, we need to access the CPU and GPU on your local machine, because the software can then respond without the lag time.”

In cloud-hosted software, the server-to-server or server-to-client communication affects the software’s responsiveness — the longer the lag time, the less interactive the experience is.