How the New Coronavirus is Affecting Engineering Projects

The new Coronavirus-related factory shutdowns may be largely confined to China, but the impact goes beyond China's borders. 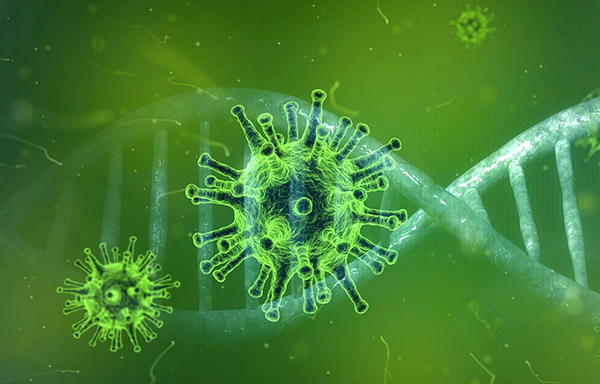 “What does it have to do with the price of tea in China?” is a facetious retort when someone introduces seemingly irrelevant matters into an ongoing conversation.

Today, the menace of the novel coronavirus (2019nCoV) cast its shadow far and wide over conversations about manufacturing and engineering projects.

Currently, strictly in terms of fatality and infection, China is paying the heaviest price. Per WHO's situation report dated February 10, there has been 40,000 confirmed cases, with 900 deaths in China. These numbers are expected to climb as new cases emerge.

As the world's factory floor, China is also paying a price with its unavoidable shutdowns of major manufacturing hubs, such as Hubei province, home to the epicenter of the virus outbreak.

In the age of connected economy and global supply chains, everyone has something to lose when China pays a high price, the experts warned.

Car maker Tesla and game consoler maker Nintendo are among those announcing shipment delays due to the virus outbreak, per BBC. Airbus and Hyundai are among the manufacturing titans pausing production for the same reason, per WSJ.

“Considering about 40%-45% of the world’s production is in China, the shutdown of factories and shipping of goods will result in shortages of parts and products in the very near future.  While Wuhan is ground zero, supply chains are linked all over China,” said Rosemary Coates, Executive Director, Reshoring Institute, a regular contributor to Supply Chain Management Review (owned by Peerless, the parent firm of DE).

“This is just the beginning of global shortages of all kinds of industrial parts. I am advising my clients to source as much inventory as possible of parts made in China—from distributors and resellers—that have stock in their pipeline or in storage,” she added.

“Shifting production capacity from one geography to another is not new to us. We’ve already shifted production to our distributed network of manufacturing partners in the US, Taiwan, and India. We have built a robust platform that allows us to control the way parts are made regardless of where they are made. This platform allows us to ramp production in a new location very quickly. We have also developed a network of manufacturing partners around the world that can lean in and help when needed,” said Evans.

Xometry, another on-demand manufacturing portal, works with a network of roughly 4,000 providers, with about 3,000 located in the U.S. In December 2019, Xometry acquired Shift, adding about 1,000 primarily Europe-based providers to its network.

“Last summer, we added the economy pricing option—machining service at a longer lead time for a lower price,” explained Bill Cronin, Chief Revenue Officer, Xometry. “These jobs are usually serviced by China-based providers. They account for only about 1% of our network.”

Cronin has been monitoring the virus-related interruptions in China. “We have seen some customers rebook their orders with U.S. providers. We have providers in both sides of the world, so it gives customers some flexibility,” said Cronin.

As uncertainty continues, Fictiv's Evans and Xometry's Cronin both expect manufacturers may be scrambling for alternatives beyond China. “This, like the numerous supply chain disruptions that came before,  underlines the need for manufacturing supply chains to be both agile and robust,” said Evans.

The Burden on Remote Collaboration

The extended lunar Chinese new year break came to an end last week, but, as BBC reports, many Chinese companies are keeping their office doors shut, asking employees to work from home instead.

Mobile World Congress, one of the biggest events for smartphone makers and AR-VR developers, has already lost two big names: Amazon and Sony. The event is set to take place in Barcelona, from February 24-27. However, the mandatory quarantine period imposed by various countries for travelers suspected of being infected or having traveled to the infected region recently, discourages companies from attending.

On CNBC's Mad Money, video conference company Zoom's CEO reported a spike in usage of his company's products. “If you cannot travel ... you need to have a very reliable secure tool like Zoom,” he told CNBC. “That’s why our usage is very, very high since the last of the month, last week. Almost everyday, that’s a record usage.”

This is a blessing and a curse for collaboration and remote software vendors. As an unusual number of Chinese workers began logging into cloud-hosted office apps, they began to crash, reported South China Morning Post last week. It suggests remote collaboration and file-sharing applications used by engineers may face a similar risk, if the providers aren't prepared to bolster the backend IT resources to cope with the spike.

The manufacturing titan China's woes are ultimately not China's alone.

“This virus is very likely to spread uncontrollably worldwide for a while. This is a pandemic that will affect the whole world,” noted Coates. “In addition, most global supply chains touch China in some way. Consider electronics, for example. So many products include some kind of electronics such as wiring, circuitry, switches, connectors, etc. The majority of these electronic parts come from Shenzhen, Dongguan, and Guangzhou in the Pearl River Delta in southern China. If factory production or shipping are disrupted, manufacturers worldwide will experience shortages”

Foxconn factories in China has just been approved for reopening, giving Apple a sigh of relief. Otherwise, popular products made in Foxconn, including the iPhone, risk serious shortage in supply.