So what is blockchain, why is it being so highly lauded and how can it be applied to engineering? 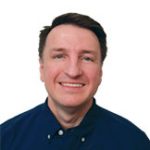 It's been called the new internet, the trust protocol and the most disruptive technology in decades—and those decades include technologies like the internet of things (IoT), smartphones and the widespread adoption of cloud computing. So what is blockchain, why is it being so highly lauded and how could it be applied to engineering?

Most of us first heard about blockchain in association with cryptocurrencies like Bitcoin (which was invented in 2008) that rely on blockchain’s “incorruptible digital ledger,” as Don and Alex Tapscott, authors of “Blockchain Revolution,” describe it. That ledger of validated transactions is duplicated thousands of times in blocks of information that also contain other transactions and are chained together. The transactions are continuously reconciled so that a decentralized database that doesn’t exist in any one location is always up to date, accessible only via permission, transparent and therefore “incorruptible.” That is a grossly simplified explanation of blockchain, but hopefully whets your appetite enough to research it further if you’re not familiar with it.

One reason technology pundits are so excited about the possibilities blockchain offers is because its decentralized structure shores up weaknesses in the current client-server-driven internet. The very nature of blockchain offers speed and security benefits. Couple those benefits with the fact that such a digital ledger can record much more than just the financial transactions that enable cryptocurrency, and it’s easy to see why blockchain is being ballyhooed.

As it turns out, many industries would benefit from a trusted, automated way of sharing continuously updated information. Virtually any transaction is a potential blockchain use case.

The Single Source of Truth?

That brings us to engineering. There are a number of day-to-day tasks and enterprise-wide initiatives that would, theoretically, be ripe for blockchain disruption.

Perhaps the most obvious use case is file sharing. While design engineers may not think of opening a file or collaborating with partners as “transactions,” they fit the definition as far as blockchain is concerned. It’s easy to imagine private blockchains being harnessed to handle version control. The ledger could be queried to allow only validated users to access the files while simultaneously keeping track of who opened what when—all without need for administration.

From there, it’s a natural leap to extend blockchain beyond file management to upend current product lifecycle management (PLM) and supply chain practices. It’s not all a thought experiment. Some companies are already taking the first steps toward implementing blockchain to assist with supply chain management.

Earlier this year, shipping giant Maersk and IBM announced a joint venture for conducting global trade using blockchain technology. “By applying the technology to digitize global trade processes, a new form of command and consent can be introduced into the flow of information, empowering multiple trading partners to collaborate and establishing a single shared view of a transaction without compromising details, privacy or confidentiality,” according to the press release announcing the venture.

Replace those shipping containers with connected devices and the goods in those containers with sensor-collected data, and you have a pretty convincing use case for blockchain support of more secure IoT transactions. The mind boggles.

Microsoft is thinking even bigger. Over the past year, the company has been incubating ideas on using distributed ledgers to provide digital identities. “Each of us needs a digital identity we own, one which securely and privately stores all elements of our digital identity. This self-owned identity must be easy to use and give us complete control over how our identity data is accessed and used,” writes Ankur Patel, principal program manager, Microsoft Identity Division, in a February 12 post titled “Decentralized Digital Identities and Blockchain–The Future as We See It.”

That type of scale puts blockchain’s decentralization benefits at risk, so additional technologies—not to mention consumer acceptance—will be needed. To the company’s credit, it seems to be taking this moonshot with eyes wide open: “New systems and big ideas often make sense on a whiteboard. All the lines connect, and assumptions seem solid. However, product and engineering teams learn the most by shipping,” Patel writes.

Truer words were never spoken, and engineering teams have a lot to learn about distributed ledger technologies. But if blockchain lives up to half the hype, it’ll allow many potentially disruptive digital technologies to reach their full potential.