IFC support brings Autodesk and ODA together, up to a point.

IFC support brings Autodesk and ODA together, up to a point. The news about the Open Design Alliance was announced after it’s recent developers conference. 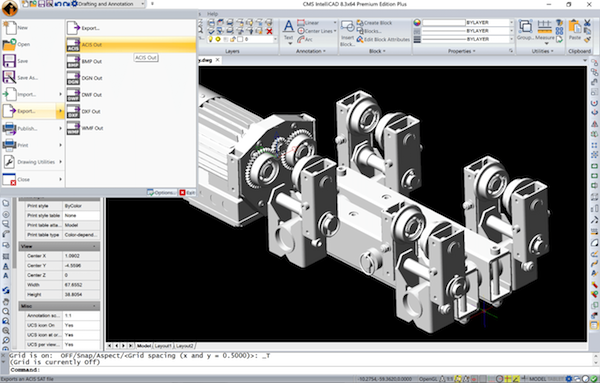 In an unusual turn of events, big news about the Open Design Alliance was not announced at ODA’s recent developers conference but afterwards — by its newest member and former antagonist Autodesk.

It is understandable if you needed to reread the previous sentence to believe what you read. Since its creation more than 20 years ago, the ODA has served its members by creating and supporting a reverse-engineered version of the DWG file format popularized by Autodesk AutoCAD. There has been more than one lawsuit between the two over the years. Former Autodesk CEO Carl Bass once referred to the ODA as “the arms merchant for my enemies.”

So why the change of heart? Autodesk is under considerable pressure from its Revit user base in AEC to improve interoperability for BIM (Building Information Modeling). When AutoCAD was the leading tool for architecture and construction, the ODA’s version of DWG filled the interoperability gap (as it continues to do for product design and manufacturing today). For the sake of accuracy, AEC firms have turned to direct sharing of Revit files, even at the cost of shutting out users who prefer other software products. (As with mechanical engineering, there are several companies making AEC CAD software.) Revit’s file formats are proprietary, and have started to become a de facto common file format for construction the way DWG did a generation ago.

In 2018 ODA started shipping a Software Development Kit (SDK) for Revit compatibility. Last year ODA announced a partnership with the non-profit behind IFC, buildingSmart International, and is now shipping the first iteration of its new IFC support. It seems Autodesk has decided it would be better to join the IFC interoperability effort than continue to swim upstream against the wishes of its users.

The agreement between Autodesk is very specific; it covers only IFC. Standard ODA membership terms require member companies to share any code they develop for DWG compatibility with ODA for the benefit of all members. Autodesk was granted an exception. If the old phrase “burying the hatchet” is a metaphor for this new agreement, the hatchet is only half buried.

Autodesk and the ODA are not commenting beyond the initial announcement, which was published in an Autodesk blog as a statement from Autodesk VP Amy Bunszel. “This decision demonstrates our commitment to take meaningful steps towards improving our customers’ experience in the AEC space,” Bunszel wrote.

The comments of Dr. Stefan Boeykens, a guest professor of BIM at KU Leuven (Belgium) and a practicing architect, are typical of what users are saying on social media about the announcement. “So alongside the internal C++ and C# code bases (which both still exist in Revit) [Autodesk] will now add a third attempt to properly support IFC. Maybe this time they can show their competitors that Revit can play nicely in IFC exchange after all. The underwhelming IFC support by Revit is costing the industry a lot, although it does bring business to countless BIM consultants trying to get things to work more or less in projects. But I prefer better IFC support over the whole industry being forced to adopt the RVT format,” he said.

[Note: You can read more about the announcement here.]

Although the Autodesk announcement overshadowed any news from the conference, ODA had plenty to say about the value of its work to make DWG more than a file format. “For us, DWG is a powerful framework for application development,” said Neil Peterson, ODA president. With hundreds of products in all CAD disciplines based on ODA technology, the Alliance has become a primary development partner for a wide variety of software companies. Using ODA technology allows software makers to add version control and support for cloud technologies, for example. By comparison, Autodesk does not offer version control in AutoCAD. An independently produced white paper comparing AutoCAD Web against a product made using ODA technology (Graebert Ares Kudo) concludes the ODA-based product “significantly outperforms AutoCAD Web in almost every category.”

Open Cloud SDK, ODA’s stack for cloud, is not a turnkey Software as a Service (SaaS) product, Peterson says. “We give you tools to host your own applications and control your own IP.” The customizable platform works with both Microsoft Azure and Amazon Web Services. The most recent release includes new options for working with a range of MCAD formats including data from SolidWorks, CATIA, and products using the JT open data format from Siemens.

Specific recent improvements to ODA SDKs of interest to mechanical CAD include:

“The ODA technology stack is our value proposition,” says Peterson, “and our stack is ready for prime time.” ODA is also working on extending its solid modeler SDK to be a multi-user application, taking advantage of its previous work in version control and cloud CAD. No specific availability date was provided.