COFES 2018: Thinking About the Future of Engineering Software

Have you ever wondered what it’s like to attend a think tank? For 15 of the past 19 years, I have journeyed to Scottsdale, AZ, in early April to attend COFES: The Congress on the Future of Engineering Software. COFES brings executives from design, engineering, architectural, development and technology companies together to understand the role engineering technology will play in the future survival and success of your business.

COFES is many things. It’s a think tank where great minds come together to discuss best practices and to share ideas for managing change. It’s a technology summit that promotes discussion and problem-solving among industry thought leaders, analysts and customers. And it’s a business event that delivers practical strategies for achieving financial success in the engineering and design technology sector. 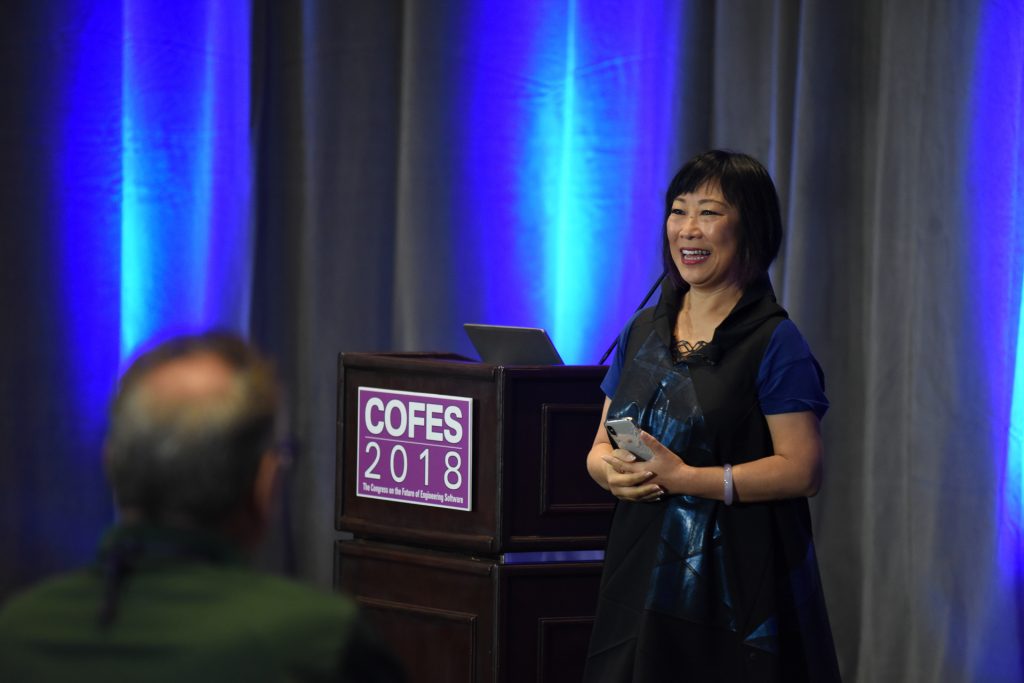 What COFES is not is a trade show. In fact, COFES founders Brad Holtz, Joel Orr and Evan Yares said one-on-one interaction and building community were the most valuable functions of an industry forum. “For me, the real value of a conference is the time I spend meeting people and learning from them,” explained Yares. “Although it’s interesting to listen to speeches, attend classes and walk the show floor, it’s far more interesting to sit down on a couch, turn to the person sitting next to me and find out what they do. The industry is full of brilliant people. If you just listen to them, you can learn a lot.”

COFES eschews the distractions of a trade show floor and the formality of executive presentations for a comfortable, casual atmosphere consisting of large and small group discussions with the most influential players and most innovative minds in the software world.

The theme of COFES 2018, held April 12-15, was “Human-Aided Design: Changing the Relationship Between Our Tools and Us.” After a Thursday evening welcome reception around one of the pools at the Scottsdale Plaza Resort, the first full day began with a keynote by technologist, entrepreneur and author Ping Fu, founder of Geomagic and now executive chairman of GelSight.

Fu’s talk focused on machine learning and resilient design. “Resilient design is not about designing something that never fails,” she said, “but rather designing with known failure characteristics that can be repaired very quickly. With this type of design process, you confront failure head on and incorporate it into the design. You anticipate failure and seek ways to rapidly address the failures. With machine learning we can outsource part of our brain to machines, which perform certain functions better than humans. This frees up humans to do things that machines are not good at doing. I think the term machine learning is interchangeable with artificial intelligence.” 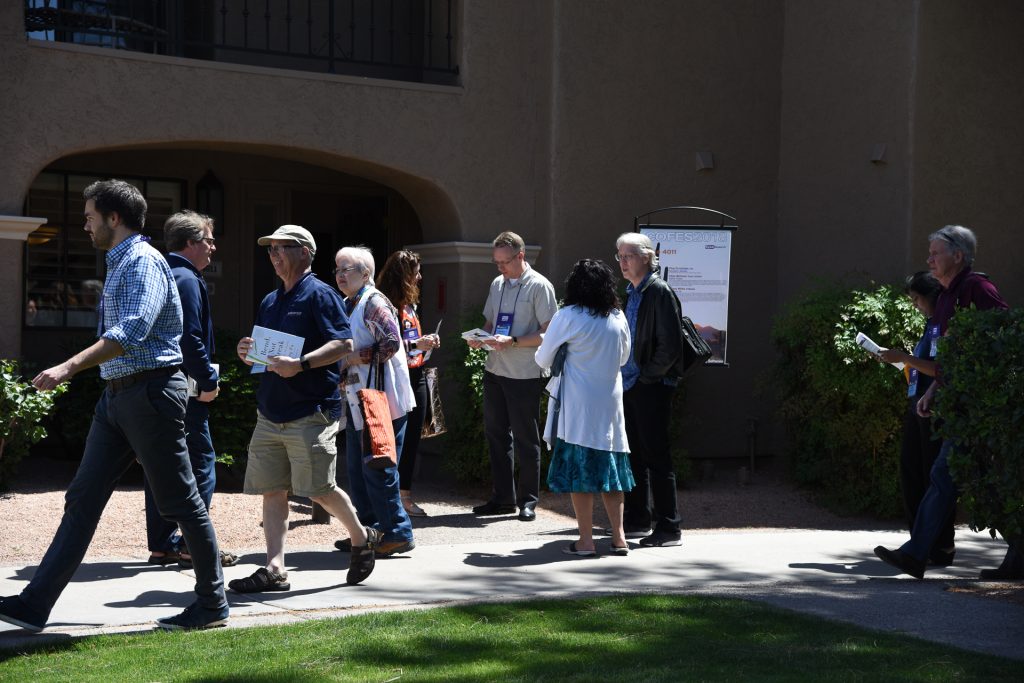 Attendees stroll the ground of the Scottsdale Plaza Resort on their way to one of the many COFES breakout sessions. Image courtesy of COFES.

That theme was echoed the next day by Dr. Keith Evan Schubert, a professor in the Electrical and Computer Engineering Department at Baylor University. His talk, titled “Unlocking the Patterns of Life” focused on what limited resources and computers can teach about life, the universe and everything. He talked about looking for evidence of life and stated that when it’s in abundance it is easily recognized, but when it’s scarce, its evidence is easily missed. His research shows that life forms recognizable patterns. The nature of life does not seem to matter. The patterns are the same. Even after the life has died, its existence is preserved in patterns left in rock. He used cellular automata to discover these repeatable patterns. NASA is now using his research as it searches for evidence of life in the solar system.

He was followed by venture capitalist and best-selling author George Gilder. In his book, “Life After Google,” he examines what he sees as an impending and profound shift in the global technological and business landscape being ushered in by blockchain and other emerging technologies. He believes that companies like Google and Facebook are reaching beyond the customer’s wallet to steal the customer’s time. “Time is what becomes scarce when everything else becomes abundant,” he said. “The difference between our age and the stone age is the accumulation of knowledge.” But he also opined that deterministic machines cannot generate surprising results and that machine learning is by nature deterministic. As a result, he feels for example that today’s self-driving cars cannot succeed because they are deterministic; they will always require a human interpreter. But, he concluded, “as machines grow more powerful, humans become more powerful.”

Unlike a tradeshow, COFES keynotes are meant as springboards to further discussion. Keynote speakers typically stay for the entire weekend and participate in smaller breakout sessions and roundtable discussions, held in suites spread throughout the grounds of the resort. In addition to sessions focused on each keynote, other covered topics included Making the Human-Machine Interface, Preparing the Next Generation of Engineers, and Beyond Generative Design. There are also always a few tech suites, hosted by sponsor companies, which this year included AMD, Dassault Systèmes/SOLIDWORKS, INVNT/IP, OnShape and SIMSOLID.

In addition to the annual COFES in Arizona, there have also been COFES events in India in 2006, Israel in 2010 and Russia in 2010 and 2013. After years of being run by Cyon Research (the consultancy started by Holtz, Orr and Yares), COFES is now under the leadership of The COFES Institute, a nonprofit governed by a board of directors. That change did not appear to impact the content or flavor of this year’s event.