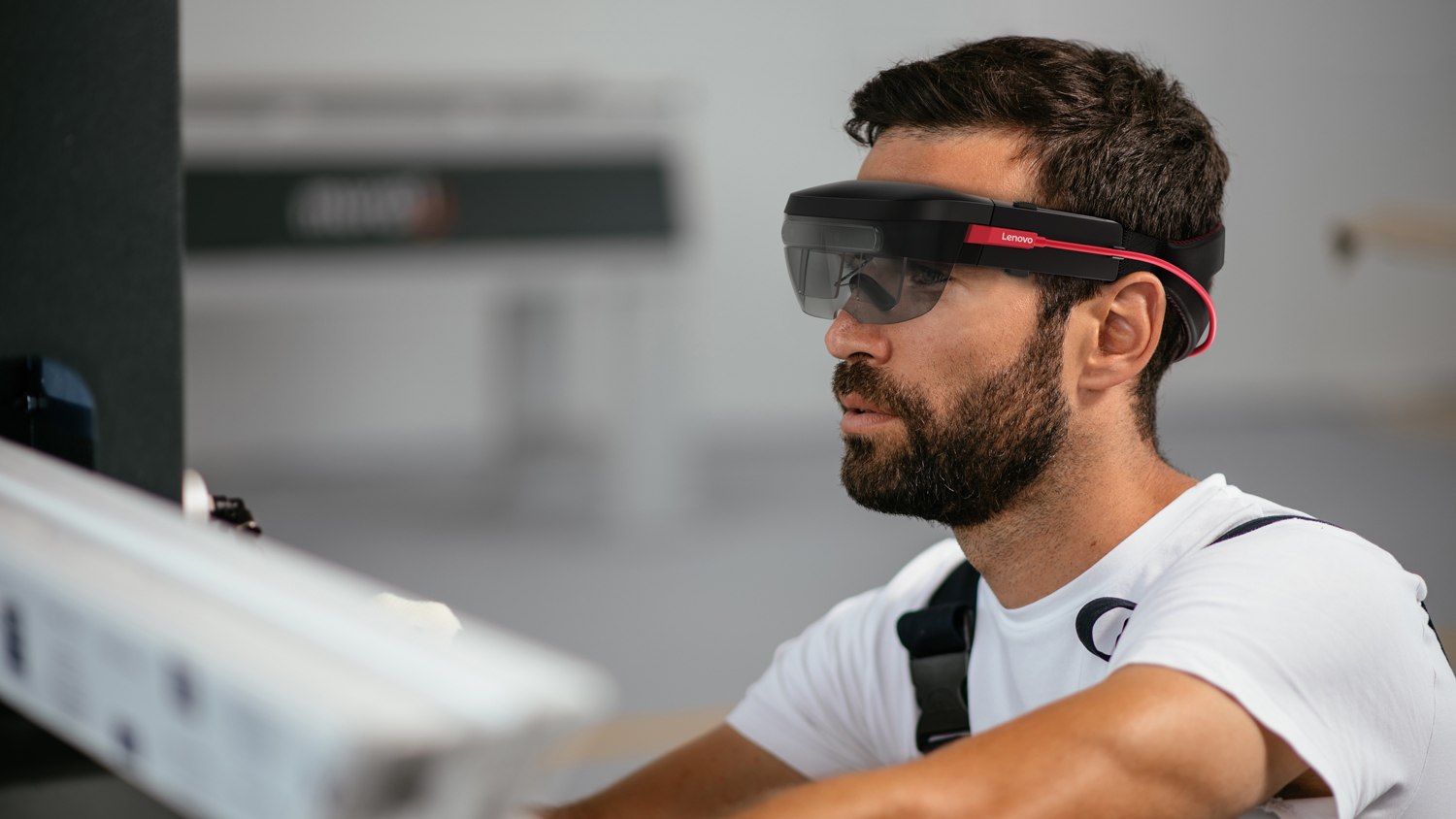 This week, hosting the Augmented World Expo (AWE) 2019, the Santa Clara Convention Center packed in more than 7,000 AR enthusiasts, developers, and investors. This year is the 10th anniversary of the event, produced by the nonprofit AugmentedReality.ORG. The organizers' goal—their “moon shot,” to borrow their words—is to “inspire 1 billion active users by 2020.”

“Facebook announced this month that 1 billion people have tried AR experiences, but they are not necessarily active,” noted Ori Inbar, founder of AWE. “The current estimate by [AR-VR market watcher] ARtillery and [game data tracker] Superdata is, about 700-800 million users are monthly active users of AR and VR. So it looks like we’ll achieve the milestone by the deadline.”

In its report on AR Commerce, ARtillery projects, “$6.1 billion in annual transaction value will flow through AR interfaces by 2022.” According to Superdata's published chart on mobile AR usage, the mobile AR userbase has already surpassed the one billion point. Superdata projects mobile AR user base to reach 1.7 billion by 2020.

For a video report from the show, watch the clip below:

“In embracing this bigger picture that we call Intelligent Transformation to drive Smarter Business, we’re making AR that’s purpose-built, and relevant to helping commercial customers achieve their goals,” says Jon Pershke, VP of Strategy and Emerging Business for Lenovo’s Intelligent Devices Group. “It’s important to innovate in the workplace by exploring new opportunities that emerging technologies like AR/VR can bring companies—to better design, manufacture, operate, and maintain their products or to train their people.”

Lenovo offers the Mirage Solo, a consumer-targeted VR headgear, and the Mirage Camera, a VR-capturing device. The Mirage headgear sells for $399, and the camera for $299. The company hasn't published ThinkReality's pricing but it plans to offer the device as a limited release in the third quarter of 2019.

ThinkReality has an Intel Movidius Vision Processing Unit (VPU) inside the headgear, but the real workhorse is the smartphone-size Android OS-enabled compute box with Qualcomm Snapdragon 845 Mobile XR processors.

“We also have an AR software platform, mainly an SDK,” explains Michael Leone, director of AR, Lenovo. “The software comes with a series of sample codes developers can use to build their own custom applications. For example, a popular AR use case is in remote assistance. We have a sample remote-assist application in the SDK.”

The SDI will be key to enable ThinkReality A6 adopters to build their own design review, digital twin, or maintainance instruction applications. 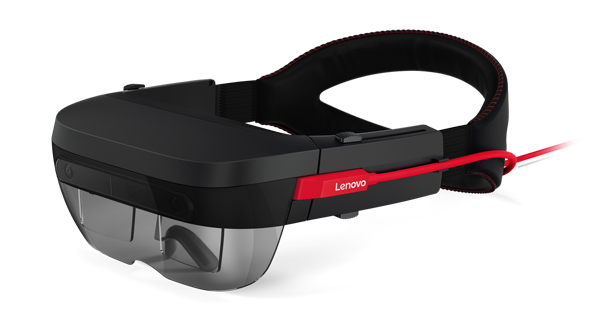 Most AR headsets are difficult to disguise. The visor, the oversize helmet-like fit, and the straps are a dead giveaway, but not nreal's glasses. The Beijing-headquartered company makes glasses that can easily pass for fashion accessory.

nreal lets you project digital objects onto real-world surfaces, such as tabletops. It's also powered by a small Android compute box with Qualcomm Snapdragon 845 processors. It uses a hockey puck-like touchpad controller with haptic feedback. 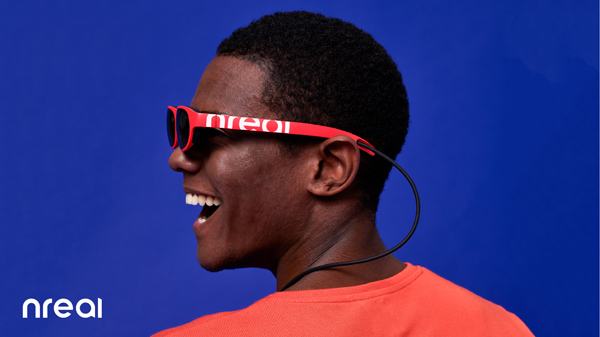 Also at the show is Varjo, which recently announced what it calls “the first human-eye resolution VR solution.” Varjo's first generation headset XR-1 is now shipping.

“XR-1 brings all the convenience of seeing your body as well as the real world around you and being able to look at your colleagues while designing a virtual object or environment,” said Urho Konttori, chief product offer and cofounder of Varjo. “The XR-1 can show mixed reality with true-to-life fidelity you can only achieve using video-pass- through. Lifelike mixed reality is quite literally impossible to achieve with optical-see-through systems like HoloLens.”

Varjo counts Volvo as one of its early customers. “As of May 2019, Varjo will receive an investment by the Volvo Cars Tech Fund, the Swedish car maker’s venture capital fund that invests in high-potential technology start-ups,” the company reveals. 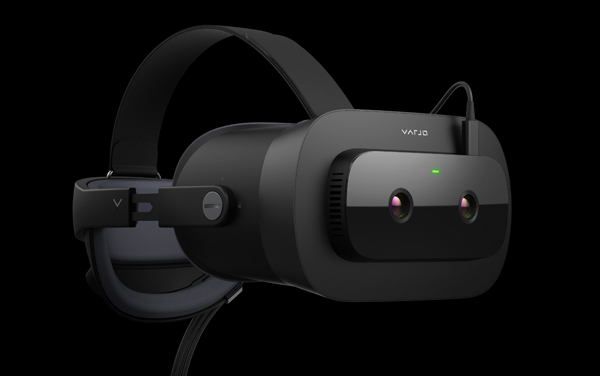 Another exhibitor, Looking Glass Factory, is debuting its professional-grade holographic display, dubbed Looking Glass Pro (priced $6,000). As a static display, the glass box offers the wow factor, but not much else. But the latest version with touch-response and built-in compute power opens new potentials. With an Intel NUC 8 VR NUC8i7HVK computer and a touch-panel for navigating and loading scenes and files, the Pro display unit operates independently without the need to borrow processing power from a computer.

The company has worked with Dassault Systemes Simulia to make it possible to display simulation models as holographs inside Looking Glass displays, reveals Alex Hornstein, cofounder and CTO of Looking Glass Factory.

“You can do simple tasks, like displaying scenes built in Simulia in Looking Glass for marketing purposes,” he says. At the moment, 3D files can be exported as OBJ, FBX, or other common 3D file formats to be displayed as holograms in Looking Glass.

“But the best approach is a native-level integration with Simulia. With that kind of approach, the holograms in Looking Glass can retain the same model joints and constraints in Simulia. It's something we're interesting in pursuing in collaboration with Dassault Systemes Simulia,” says Hornstein. 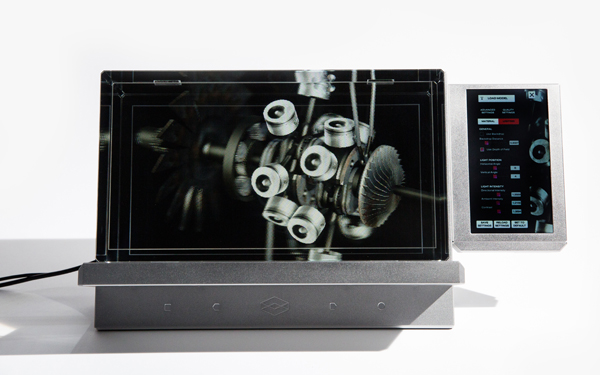 Though resolution in AR-VR headsets have significantly improved, interaction remains a work in progress. Many AR-VR systems employ joystick-like controllers and pointers to select and execute operations in the AR-VR environment. The usage paradigm falls far short in mimicking natural human hand actions in tasks such as driving, machinery installation, and equipment repair. This represents a hindrance in enterprise training apps using AR or VR.

Some AR-VR developers incorporate Leap Motion, a hand-tracking technology via a pillbox-size device, to enable natural interaction with digital objects. This week, as AWE kicks into high gear, Leap Motion and UltraHaptics announce the two are merging.

Some of the AR systems on exhibit at AWE 2019 look more like fashionable eyewear than clunky headsets that draw attention. Lenovo's ThinkReality and nreal signal a shift to power the devices with small portable smartphone-size computing units. This approach quite literally frees up the user. Without being attached to workstation or PC via a cord, the user can exercise a wider range of motions in interacting with digital objects in the augmented or virtual world.