Engineering teams will share research and resources at facilities to create the first prototype this year.

Nissan and NASA have entered a five-year research and development collaboration focused on autonomous vehicle systems and preparing the technology for commercial application.

Research will be conducted at Nissan’s U.S. Silicon Valley Research Center and NASA’s Ames Research Center. The teams, according to a company press release, will work on autonomous drive systems, human-machine interface solutions, network-enabled applications and software analysis and verification. 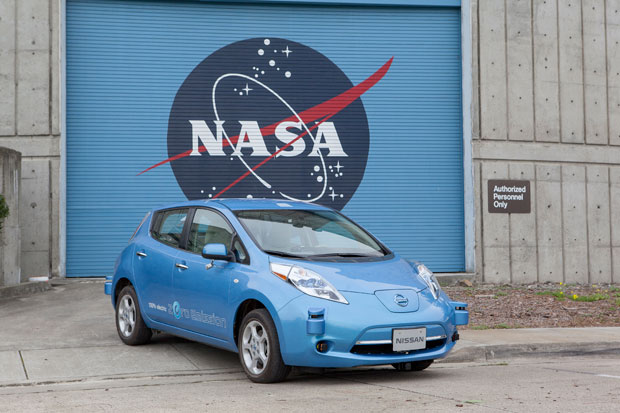 The collaboration between Nissan and NASA is using joint resources and research to build autonomous cars.

Researchers are to use zero-emission autonomous vehicles to test proof-of-concept operations. The first vehicle is planned to be completed by the end of 2015. The organizations state that this partnership will benefit from shared expertise in innovative component technologies for autonomous vehicles, shared research and access to prototyping systems.

“All of our potential topics of research collaboration with Nissan are areas in which Ames has strongly contributed to major NASA programs,” said S. Pete Worden, director, Ames Research Center. “Ames developed Mars rover planning software, robots onboard the International Space Station and Next Generation air traffic management systems to name a few. We look forward to applying knowledge developed during this partnership toward future space and aeronautics endeavors.”