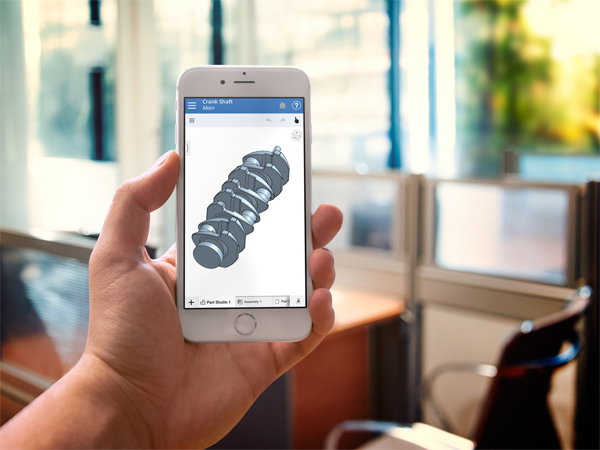 This morning, Jim Heppelmann, PTC's president and CEO, joined Onshape cofounder and CEO Jon Hirschtick in a press briefing call to announce what he called “the biggest acquisition PTC has ever done thus far.”

The price tag for Onshape was $470 million—$400 million more than the roughly $70 million price PTC paid for its recent purchase of the generative design startup Frustum.

The acquisition has not closed; it's pending regulatory approval.

“The first and most important reason we're acquiring Onshape is, we see it as a growth engine,” says Heppelmann. “We have an opportunity to participate in the growth of CAD and PLM ... We believe CAD and PLM will go to SaaS (software as a service). We just can't understand why that won't happen.”

As a company delivering cloud-hosted CAD and data management functions, Onshape has in fact paved the way for CAD and PLM to migrate to SaaS. Heppelmann feels PTC can become “the big brother” with greater resources to accelerate the industry transformation.

PTC's own CAD and PLM products—the Creo and Windchill brands—are from the desktop workstation era. Therefore, transforming the source code for SaaS will take considerable effort. On the other hand, Onshape built a cloud-hosted modeling architecture from the ground up.

“It has to be a clean-sheet approach,” says Hirschtick. “You can't get there by cobbling together half-cloud pieces.”

This was perhaps a shot aimed at Onshape's competitors who advocate a hybrid approach (desktop CAD augmented with on-demand cloud features) rather than the daring plunge to pure cloud.

“Many people thought [cloud-hosted CAD] was impossible,” says Hirschtick. Evidently, he and his team proved it was possible. 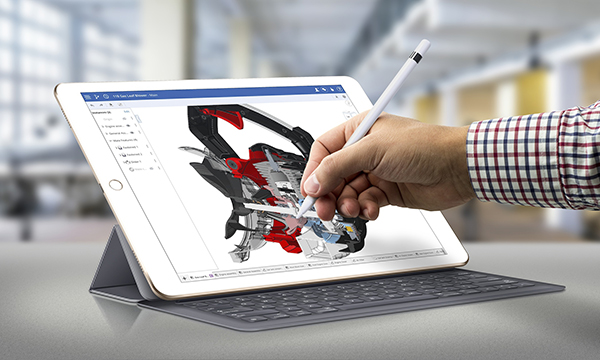 Jon Hirschtick and John McEleney seemed to have a knack for disrupting the CAD industry by challenging its established norms. In the 1990s, they developed the Windows-based CAD program SolidWorks, proving CAD modeling didn't require a costly Unix system. Hirschtick left SolidWorks in 2012, only to begin his second act. He, along with McEleney and a few other former SolidWorks veterans, launched Onshape in 2015.

Onshape is a departure from the prevalent CAD programs as it runs entirely from a browser. The program uses some local resources but relies primarily on the cloud for computing, data management, file storage, version control and typical CAD tasks. In doing so, Onshape squelched the existing skepticism about browser-based CAD's feasibility for production work.

“We were on the wrong end of the disruption when people went from Unix to Windows PC,” recalls Heppelmann. “I've joked that I'd be the worst CEO if I got disrupted twice by the same guys.”

The acquisition of Onshape, Heppelmann felt, puts PTC on the advantageous side of the cloud disruption taking place at the moment.

Onshape's open architecture allows partners to build add-ons—FEA and CAM extensions, for example. Heppelmann raised the possibility that Onshape's cloud-hosted CAD might see an injection of generative design from Frustrum.

“[With Onshape], we get to play in the other half of the market we don't get to play in, and I think we will play with a very strong hand here,” says Heppelmann.

Due to its affordable pay-as-you-go pricing, SaaS CAD is particularly attractive to small and midsize firms. It's the territory Onshape is better suited to serve than PTC's current Creo and Windchill products.

In the early '90s, SolidWorks broke new grounds as a program that proved CAD on Windows OS was feasible. As such, it attracted acquisition interests from leading CAD vendors at the time. In 1997, Dassault Systemes purchased the company, establishing what would become the primary mainstream CAD brand for SMBs in its portfolio.

In 2017, when Autodesk's then-CEO Carl Bass was on the eve of retirement, he revealed, “I wish we had bought SolidWorks before Dassault did. We had the opportunity to do that, but we didn’t.” (For more, read, “Carl Bass' Parting Shots,” March 2017.) It's not farfetched to imagine that, a decade or so from now, one of PTC's biggest competitors may make a similar remark about Onshape, spawned by the same talent pool as SolidWorks.