Siemens PLM Software hopes to expand CAD use via its new Solid Edge for Startups program. 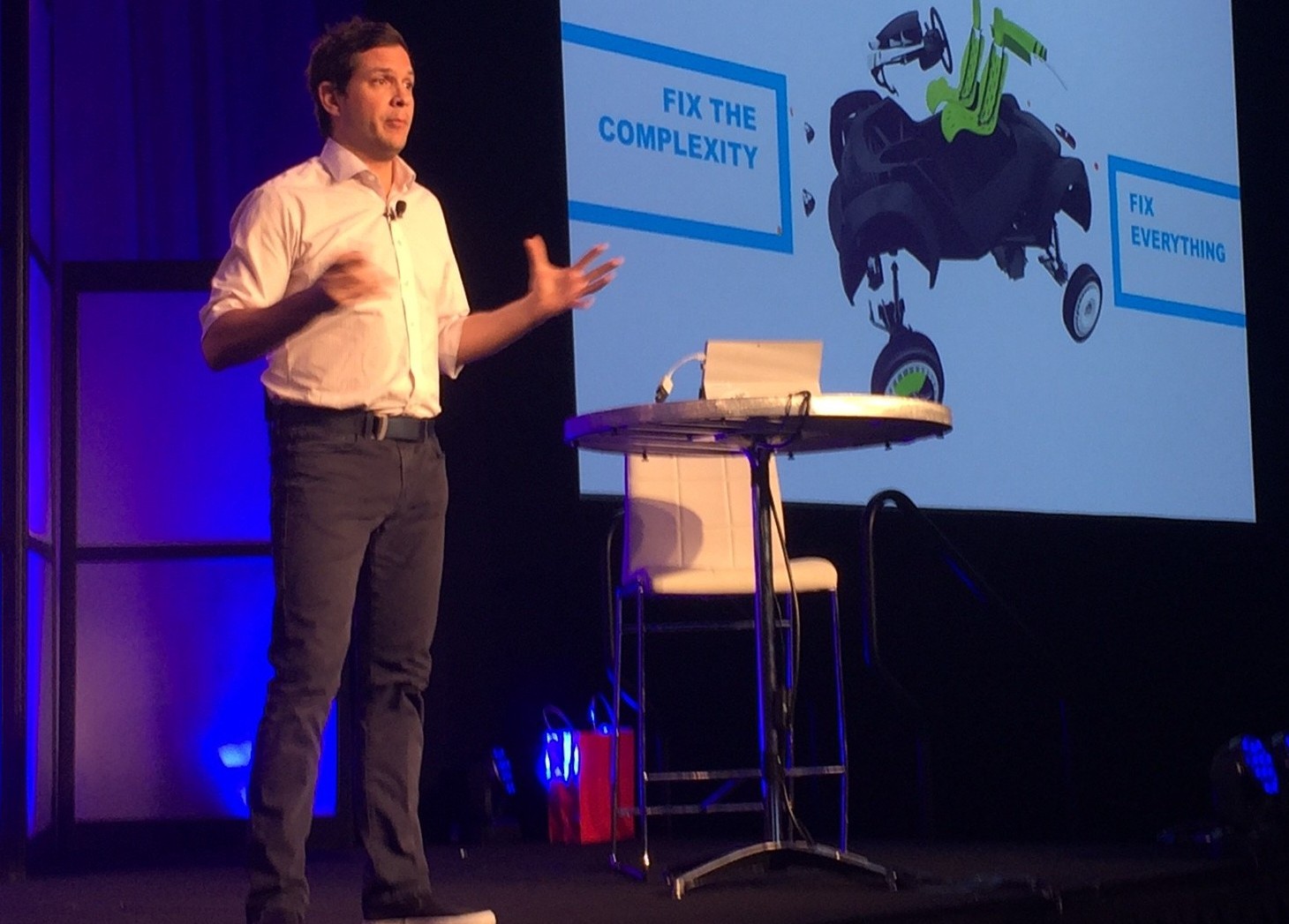 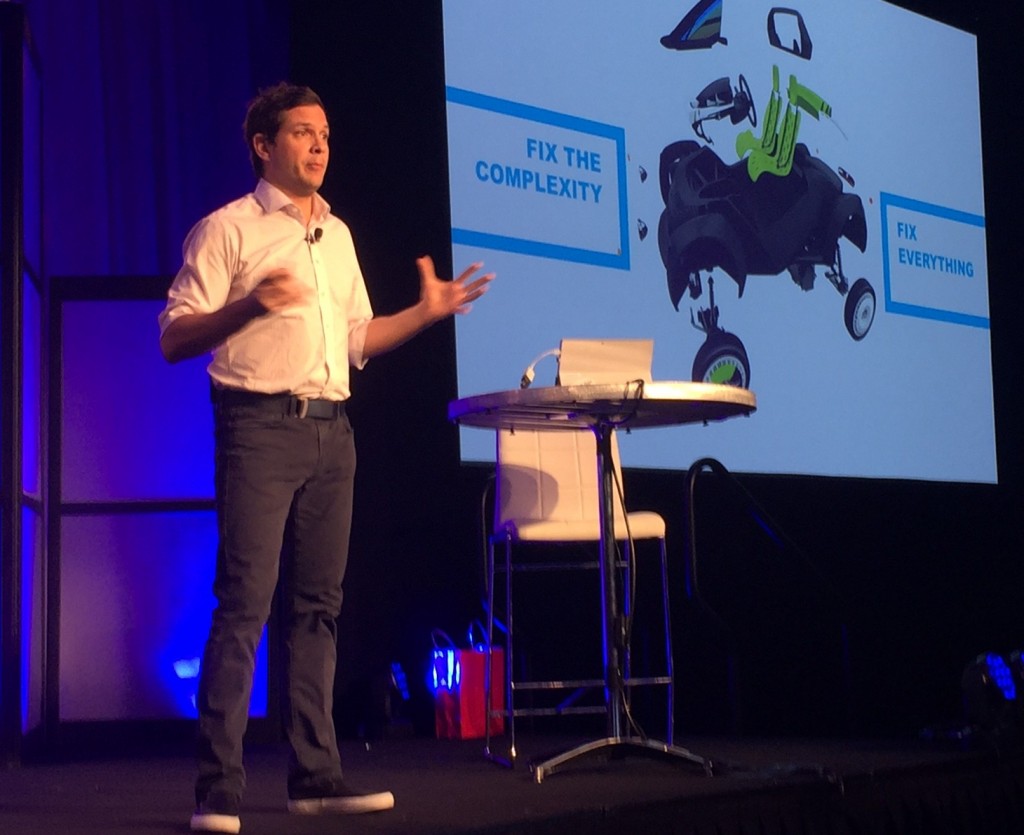 To simulation analysts and engineers, inertia is defined as the property responsible for matter continuing in its existing state of rest or uniform motion, unless that state is changed by an external force. To engineering software marketers, inertia is defined as the tendency of human beings to keep doing things the way they’ve always done them, unless that tendency is changed by an external force. At Solid Edge University (SEU) 2016 in Indianapolis last week, representatives from Siemens PLM Software did their best to exert the forces of change.

Solid Edge can be used to as a traditional ordered/history-based modeler that most design engineers are accustomed to. In the history-based approach, the model is created one feature at a time, with new features building off the previous ones in a structured, ordered manner. One drawback is that changing an early feature means updating all the features built upon it. Since the introduction of Solid Edge ST in 2007, the software can also be used with synchronous technology, which Siemens PLM Software says will  help “eliminate cumbersome preplanning and avoid feature failures, rebuild issues and time-consuming rework.” Solid Edge even allows a hybrid approach, making it easy to import a file from a competing platform like SOLIDWORKS and edit it in Solid Edge. “The power of synchronous technology also allows you to treat multi-CAD data just like native files, supporting seamless collaboration with suppliers and partners,” according to the company.

Solid Edge developers have built upon synchronous technology over the years, and provide many compelling use cases that show its benefits. For example, Siemens PLM Software partnered with Local Motors to support the company as it brought about its co-designed vehicles, electric car concepts and microfactories. Still, in an informal “raise your hand if you’re using synchronous technology” survey of SEU attendees, the majority of hands were not raised. It’s a testament to the power of inertia. Solid Edge ST 9 includes a spate of new features, including cloud capabilities and a workflow that can take design engineers from a Catchbook digital sketch to integration with Siemens PLM Software’s Teamcenter, but some Solid Edge users are not taking advantage of them.

While change comes slowly to experienced engineers set in their ways, there is an opportunity to accelerate that change among students and small businesses. For example, David Cullimore, a design engineer at Prodrive, was a teenager when he founded Cullimore Racing in 2012 after being told he didn’t have the math chops to major in engineering. That didn’t stop him from following his passion for design and making things. He used Solid Edge to compete in the F24+ category of the Greenpower Education Trust races. His car “Jet” won the F24+ National Championship in both 2013 and 2014, competing against other cars sponsored by universities and corporations. He followed that up with Jet II, which won the F24+ International Final and F24+ Championship.

“This gave me the confidence boost that I needed, so that I could become an engineer and prove to the world what I am capable of,” Cullimore said. Watch Cullimore’s keynote below.

Another non-traditional CAD user, Ryan Spoering, is an organic chemist by training who resigned from lecturing at Harvard to pursue his machinist hobby full time. Spoering spoke at SEU 16 about his experience in founding Lab Machinist Solutions, where he consults with life science professionals who have ideas for new products and new research tools, but don’t have the practical engineering or CAD knowledge to bring them to fruition. Calling himself a pretend engineer, he serves as a translator between scientists and machinists.

“CAD fills the gap between the scientists who need the tools and the machine shops who need engineering specs to create the tools,” he said. Spoering went on to explain that easy-to-use CAD software, coupled with 3D printing, can help scientists advance their research. However, “knowing what the design will before before you make it, like in history-based modeling, doesn’t work for amateurs.”

The program is open to design firms and manufacturers that have been incorporated legal business entities for less than three years, have less than $1 million in funding and less than $10 million in annual revenue. Startups that meet those requirements can apply here to get a free year of Solid Edge Premium for each engineer, access to Solid Edge training resources and the Solid Edge community of product experts, plus co-marketing opportunities.

Jim Miller and Tony Hemmelgarn congratulate VP Bill McClure (far right) on his retirement at the end of this year, after 31 years. #seu16 pic.twitter.com/WLNEbqReRu

The Solid Edge for Startups program is yet another avenue for small- and medium-sized businesses (SMBs), students and non-traditional engineers to begin using Solid Edge. Catch Book makes it relatively simple to go from a digital sketch to a 2D engineering drawing. The Solid Edge Subscription program makes it possible for more people to use CAD without investing in a perpetual license. By reducing the barriers to professional engineering applications, Siemens PLM Software is expanding its pool of potential customers, and perhaps making an end run around the challenges of inertia. After all, customers whose initial design experience includes synchronous technology as the default won’t need to be convinced to change their ways.