There’s more to the new release than what Autodesk touts on its blog.

There’s more to the new release than what Autodesk touts on its blog. 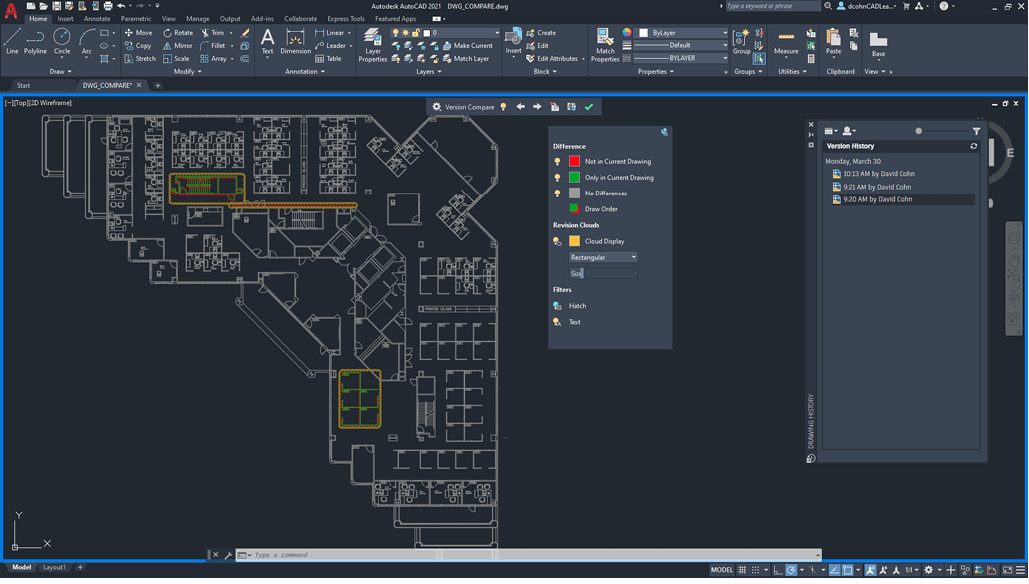 Fig. 1: The Drawing History palette enables you to compare the current drawing to previous versions stored in OneDrive, Dropbox or Box. Images courtesy of David Cohn.

On March 25, Autodesk announced AutoCAD 2021, the 35th major release of its flagship CAD software. There was no big press release to accompany the release. Instead, the company posted the announcement on its AutoCAD blog and users were able to download the latest version, as well as the seven specialized toolsets—AutoCAD Architecture, AutoCAD Electrical, AutoCAD Map 3D, AutoCAD Mechanical, AutoCAD MEP, AutoCAD Plant 3D and AutoCAD Rater Design—starting that same day.

AutoCAD LT 2021 was also released that same day, while AutoCAD for Mac 2021 became available in April.

The lack of fanfare was similar to last year and not that surprising. Having successfully transitioned to a subscription model, most customers now get access to new features throughout the year, rather than having to wait for a big annual release. Still, Autodesk seemed to downplay this release even more than in the past.

When you open a drawing from the cloud, you now see a Drawing History palette that displays a list of the drawing’s previous versions. You can then use tools in the palette to filter the versions listed—based on a date range, the name of the person who saved the file or a specific minimum time increment between versions—and use the Drawing Compare feature to compare the current version of the drawing with any of the previous versions in the drawing history.

The comparison tools are nearly identical to those in the 2020 release, such as toggling objects on and off, swapping the draw order and changing the display of revision clouds. You can also import objects from the compared drawing and export the comparison results to a new drawing.

Drawing History only works with drawings saved to one of the supported cloud storage platforms, however; it is not available for locally saved drawings. Additionally, the cloud storage provider sets the number of versions stored and manages their expiration dates.

The drawing compare feature, first introduced in AutoCAD 2019, now supports Xrefs. When an external reference changes, instead of simply reloading the external reference, AutoCAD can now quickly analyze the Xref and display the differences within the context of the current drawing. 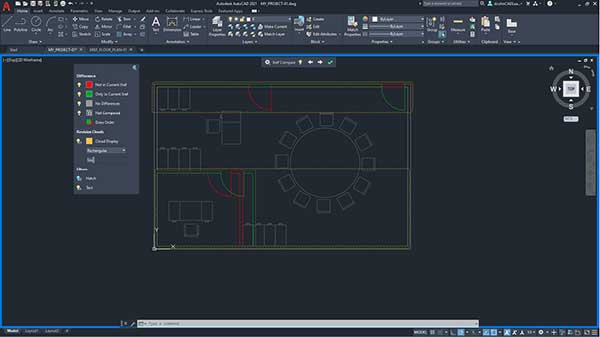 Fig. 2: When an external reference changes, you can use Xref Compare to quickly see what has changed.

Again, the tools are similar to drawing comparison functions, with the addition of a tool to toggle object display in the current drawing. These objects are not compared, since they are not part of the Xref. You can also access the Xref Compare tool from the External References palette.

Enhancements to the Blocks Palette

The Blocks palette, perhaps the best of last year’s new features, is also improved. You can now sync recent blocks to a cloud storage location and access them from your desktop or using the AutoCAD web app. 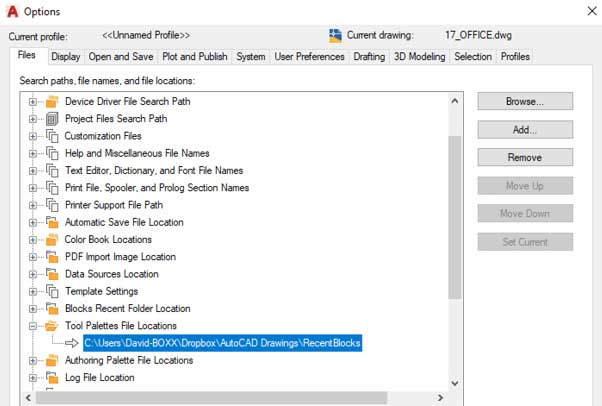 Fig. 3: You can change the recent blocks folder location in the Files tab of the Options dialog box and specify a cloud storage location to sync your blocks.

The Other Drawings tab, now labeled as the Libraries tab, can display the five most recently used block libraries. In addition, you can specify a folder, a drawing file or any stored block definition to insert as a block in the current drawing.

Although Autodesk chose to highlight only these new features, there’s a lot more to AutoCAD 2021. For example, instead of having to first select boundaries for the Trim and Extend commands, the new Quick mode preselects all potential boundaries by default, so you can immediately trim or extend objects.

Fig. 4: The Trim and Extend commands now preselect all potential boundaries by default.

In addition to simply selecting individual objects, you can now use a two-point fence selection by picking two points to define a segment crossing through objects, or start a freehand selection by pressing the left mouse button and dragging the cursor through one or more objects.

When using the Quick mode and Trim command with boundaries that include hatches, only the boundary of the hatch is used to trim other objects, not the hatch geometry. These changes are all controlled by new system variables, and if you want to use the Edge Extend mode to use implied edges, you must turn off the new Quick mode.

There is also a new Break at Point command, so instead of using the old Break command and then selecting the First Point option, you can use this command to select an object and then break it at a specified point. The new Break at Point tool on the ribbon can be repeated by pressing ENTER.

The Quick option of the MEASUREGEOM command—which was introduced in AutoCAD 2020—now supports extracting areas and perimeters from within enclosed areas in a 2D drawing.

Now, when you click within a closed area, the interior highlights in green and the program displays the area and perimeter of the object. When you move the cursor away from the object, the highlight disappears.

This new capability also makes it much easier to perform area calculations. Rather than having to use the add and subtract area modes, you can press SHIFT and then click to select multiple closed areas to calculate the cumulative area and perimeter.

AutoCAD 2021 also features improvements to revision clouds. Now, instead of specifying a minimum and maximum chord length, the program uses a single value, which it initially calculates based on a percentage of the diagonal length of the current view. In addition, you can change the arc chord length of a selected revision cloud either in the Properties palette or from a shortcut menu. 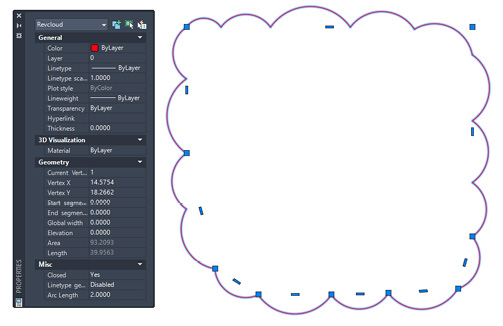 The 2D panning and zooming speed has been enhanced with a technique that takes advantage of objects with similar properties, and another technique that displays appropriate levels of detail at different levels of magnification.

When panning and zooming in real time in 2D, AutoCAD performs regenerations as needed. Although this is usually not noticeable, when working in very large drawings, you can now use the RTREGENAUTO system variable to turn this off.

There are many security enhancements and improvements to AutoLISP and DCL. Also one other enhancement was actually part of an incremental update to AutoCAD 2020. The new TEXTLAYER system variable lets you specify the default layer for new text and multiline text objects.

All of these new and enhanced features are also included in AutoCAD LT 2021. The 2021 release continues to use the same drawing file format as AutoCAD 2018, so DWG files remain 100% compatible.

You can download a 30-day free trial of any AutoCAD 2021 product from the Autodesk website. Although the cost of the software has gone up slightly, the company was offering discounts of 10% and 15% on one- and three-year subscriptions, respectively, for a limited time.

While new releases may not bring the number of new and improved features we have seen in the past, AutoCAD 2021 offers enhancements that should benefit all users.