Autonomy and 5G Are Inseparable

Antenna placement and network coverage analyses drive the use of simulation in 5G deployment.

Antenna placement and network coverage analyses drive the use of simulation in 5G deployment. 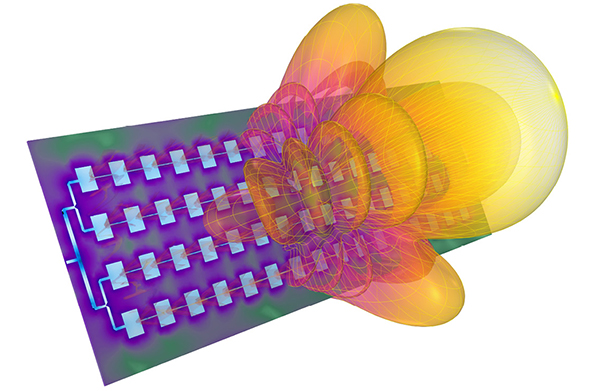 Writing for Forbes in March 2018, contributing editor Bijan Khosravi went so far as to title his analysis of 5G as follows: “Autonomous Cars Won’t Work—Until We Have 5G.”

The crux of his argument was, “The current 4G network is fast enough for us to share status updates or request rides, but it doesn’t have the capability to give cars the human-like reflexes that might have prevented the Uber accident.”

In telecommunications service provider Qualcomm’s 5G timeline, 2019 was the year the technology became a commercial reality; 2020 was the year of proliferation; and 2021 is the year of advancement.

Qualcomm predicts 5G connectivity “will also define a direct communication mode that will allow cars to communicate with each other directly for autonomous driving use cases. This mode of operation can operate without dependency or reliance on wide area network coverage,” the company stated in its report, “How will 5G unlock the potential of autonomous driving?” in May 2018.

As 5G adoption grows, it seems that simulation software vendors are refining their codes to allow autonomous car developers to plan and optimize 5G coverage in their offerings.

Autonomy Is Impossible Without Networks

In 2019, technicians gathered at the waterfront-facing Boston Convention Center to trade tips and learn new developments in microwave theory, techniques and applications. Ansys was a participant at this International Microwave Symposium (IMS). The company was there to showcase its software’s role in “antenna synthesis, antenna placement and radio frequency interference (RFI) diagnosis,” among other purposes.

“The technology has advanced to solve fully integrated wireless systems, taking into account everything, from the 5G radios to the antennas mounted on a vehicle, even the surrounding environment,” says Larry Williams, distinguished engineer, Ansys.

COMSOL, known for its Multiphysics simulation software, also exhibited its capabilities. In the preshow press release, the company invited attendees to come see “the latest advances in its COMSOL Multiphysics software to support microwave and [radio frequency (RF)] engineers working on 5G, [Internet of Things], automotive radars and satellite communications.”

“The demand for high-speed communication necessitates higher operating frequencies toward the mmWave range or even further up to provide more bandwidth. Devices for mmWave communication have to be much smaller than conventional RF and microwave components. To efficiently develop 5G equipment, a range of numerical analysis tasks have to be conducted: Everything from detailed component-level studies to system-level analysis,” he says.

“Vehicle-to-infrastructure (V2X) applications use an extension to the wireless standards called IEEE 802.11p to provide data exchange between high-speed vehicles and between the vehicles and the roadside infrastructure in the licensed [Intelligent Transportation Systems] ITS band of 5.9 GHz (5.85–5.925 GHz),” says Williams.

This communication protocol could be the basis for toll collection, vehicle safety services and e-commerce applications for the vehicle.

“The high 5.9 GHz frequency places challenges on system designers because of the greater active multipath environment,” Williams says. “Advanced simulation using high-frequency techniques like Ansys’ SBR+ technology can predict that multipath environment for use in system analysis to evaluate communication reliability. This capability is also valuable for non-line-of-sight communications … to vehicles otherwise unseen by drivers.”

COMSOL’s Munn expects that, with 5G miniaturizations, additional physical effects have to be taken into account in simulation.

“Any mechanical distortion or material property changes, due to unexpected and unwanted phenomena such as thermal drift and structural deformation, need to be precisely analyzed before deploying such components. Because of this, multiphysics modeling typically involving the finite element method plays a key role in designing real-world devices,” he says.

The “G” in 5G (5th Generation) and graphics processing unit (GPU) may be quite different, but the fate of the two technologies is loosely connected. Phone maker Ericsson employed NVIDIA’s Omniverse, a 3D simulation environment with built-in physics, to analyze its radio access network (RAN) coverages.

Ericsson says it has already launched 83 live 5G networks across five continents with many more lined up for the future. 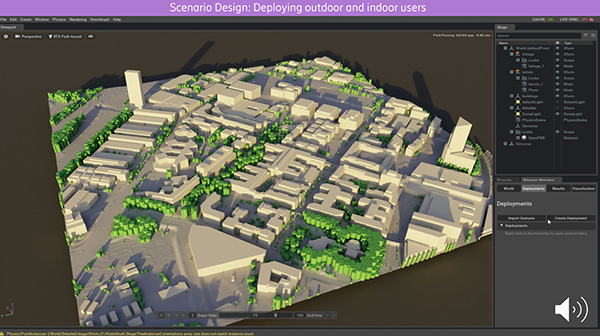 The two companies discussed their collaboration in this year’s virtual GPU Technology Conference hosted by NVIDIA.

“In 5G, the antenna may have many direction-programmable features and must support massive [multiple input, multiple output], enabling the spatial domain to deliver signals,” Williams says.

“5G antennas are generally antenna arrays and are an integral part of the radio system performance. This adaptive nature demands that full systems are tested in their operational environment using [over the air (OTA)] testing. Those testing environments can be created in simulation to speed design and make passing hardware OTA testing more likely to succeed. Working with test and measurement allows constructing virtual testing that mimics hardware tests. Engineering organizations already understand the hardware tests and hence can make the connection between virtual and hardware testing like a digital twin.”

Ansys has a partnership with NVIDIA. Ansys HFSS and the SBR+ engines are fully high-performance computing ready for on-premise clusters, cloud and for CPU and GPU nodes, according to Williams.

“Hybrid electromagnetics solutions for high-fidelity modeling of installed antenna performance leverages coupling between the [finite element method] and SBR+ and it is highly valuable to speed solutions by leveraging GPUs,” he said.

Williams envisions Ansys software harvesting the power of both local and cloud-hosted GPUs to compute for multiple moving reference planes for the mesh network.

“As systems evolve to leverage 5G infrastructure and the 5.9 GHz V2X standards, modeling complex systems with many moving vehicles in a dense multipath environment is imperative to deliver the reliable communications for future automotive systems,” he says.