Most of the discussion on FEA democratization tends to focus on CAD-embedded FEA.

Most of the discussion on FEA democratization tends to focus on CAD-embedded FEA. The downside of making FEA software accessible by all is often stated as there may not be adequate understanding of the underlying principles of FEA. 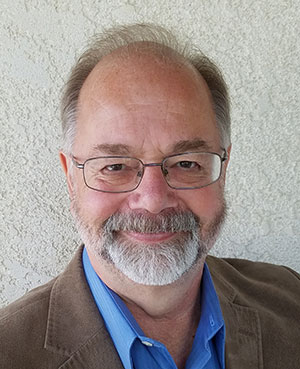 Democratization is defined as the action of making something accessible to everyone. In the context of finite element analysis (FEA), this is usually defined as making FEA software easy to use for a non-expert. This ease of use has been achieved by various methods, such as streamlined user interfaces and simpler workflows. Much of the transition away from the traditionally complex FEA interaction has been triggered by the move to CAD-embedded FEA. This positions FEA in an environment familiar to the CAD user.

Most of the discussion on FEA democratization tends to focus on CAD-embedded FEA. The downside of making FEA software accessible by all is often stated as there may not be adequate understanding of the underlying principles of FEA. This can lead to wrong answers because the physical situation is not being simulated correctly. This can be due to fundamental modeling errors or trivial errors that escalate.

Remedies are suggested, such as in-context checking and guidance. The analogy of a spellchecker has even been quoted. This raises the spectre of perfectly spelled garbage out! The grammar checker is another analogy used, which is perhaps even more alarming.

The task of getting the right level of automation and control is far from trivial. Strategic positioning statements that imply otherwise are concerning. It has been a long, hard road to achieve credibility for FEA and it is a pity to see it diluted now.

If we assume that the real democratization drive is to give designers FEA access to help in design, then I believe the current emphasis is misdirected. We are looking at this from an analyst perspective and mapping these analyst skills across to a community that has strong design and 3D modeling skills. We need instead to change workflows to build on these design and modeling skills and deploy them in the analysis preparation and development stage. All too often, the FEA process is appended at the end of the design task. This just emulates the traditional role of the analysts—to check the design after completion.

If working in a CAD-embedded environment, we need to take the FEA model preparation further upstream into CAD. In previous articles I have described the need to manipulate geometry to enable effective mesh, loads, boundary conditions and results processing. After all, manipulating geometry is the forte of designers and 3D modelers.

If we take this a stage further, why not more fully integrate the CAD and analysis environment? There is no philosophical reason why a bolt hole constraint idealization could not be added at the same time as the bolt hole geometry is created. It implies that the designer is thinking about the structural implications of the design much earlier. A quick analysis could provide the level of reaction forces—for fast bolt sizing, without getting into detailed stress analysis.

The goal would be very rapid structural analysis at whatever stage the design layout is completed. For example, in an initial concept layout, full geometry detail has yet to be defined. For many components, a simple beam or shell idealization would allow rapid ballpark component sizing.

At present, geometry must be well defined to be able to create a beam mesh or shell mesh. Beams require a specifically defined geometry type, and shells need a lot of surface geometry manipulation. The feature tree can be rolled back to an earlier, simpler representation, to aid the element creation. I am evolving more integrated workflows to investigate this. But this doesn’t go far enough. For instance, the mesh will be lost when the geometry is reverted back to a more complicated representation.

The user, in this case, is thinking in two separate paradigms: Manipulating the geometry with a specific workflow to achieve a mesh and considering the mesh idealization implications. Instead, for instance, shell modeling could operate on a simpler surface definition. Sheet metal bodies used in many CAD programs are a partial example of this. The surface defines the part, with associated thickness. No shell offsets are required.

A new type of 1D entity would be needed for beams—essentially a “smart” geometric line. This would then be more like a traditional pre-processor meshing operation without the need to construct a formal solid body.

However, the trick here would be to keep the relationship between mesh, loads and boundary conditions as the geometry evolves into a true 3D body.

If the outline design parameters are kept simple, and not bogged down in the requirement to support detailed analysis, then they can be used as design variables in parametric optimization. Global stiffness and strength targets could drive the layout into meaningful configurations at an early stage.

Unlike the “wild child” of topology optimization, parametric optimization is using inherent design skills and exploring them. The outline 1D, 2D or 3D idealizations can then morph into full 3D CAD geometry as the design evolves. I strongly believe that this type of tool can help everyone—designers and analysts, in how to evolve effective designs.

I feel democratization should be maximizing a designer’s current skill set and blending in a goal-oriented approach to analysis, target strengths and stiffness. This will need significant software architecture and workflow changes to achieve this.

The wider goal of making FEA software easier to use is a broader requirement and is not democratization; it is just about improving tools. It covers the full range of analysis disciplines and is applicable to all users. I am looking forward to slicker, more intuitive interfaces just as much as the next person!