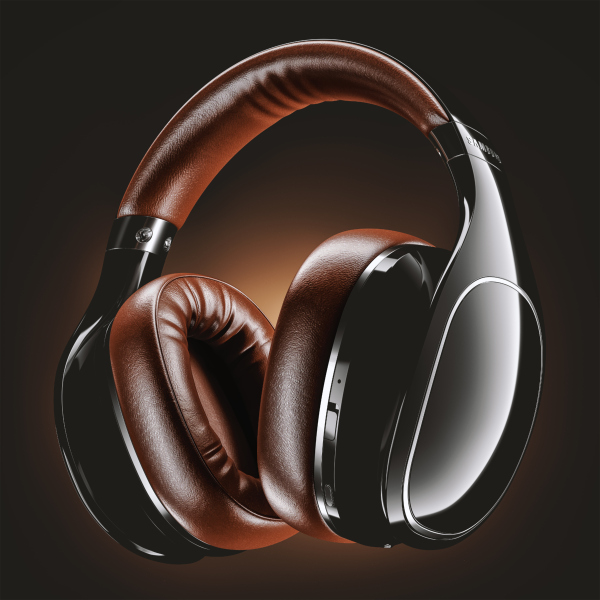 Industrial designers’ software toolboxes don’t look like the typical MCAD user’s. Company CAD standards often don’t apply to them, yet they need to work closely with CAD mavens. Robert McNeel & Associates' Rhino 3D is popular among industrial designers for its ability to bridge the gap between mechanical CAD and styling. Many Rhino users put another specialized tool in their toolbox, Chaos Group’s V-Ray for high-end photorealistic rendering.

That brings us to our Editor’s Pick of the Week: Chaos Group’s next-generation rendering engine, V-Ray Next for Rhino. This major update to V-Ray has “smart” written all over it. No longer is rendering a Rhino model in V-Ray a disconnected event from the product workflow, it is now the centerpiece of a design visualization workflow. We’ll get to that in a minute. Let’s start with the raw performance increases for photorealistic rendering.

Chaos Group says a rewrite of V-Ray’s materials engine boosts rendering speed by up to 50%. V-Ray Next takes advantage of graphics processing units (GPUs), which means the ceiling on product performance has been set much higher. Depending on the specific GPU and the rest of your workstation hardware, V-Ray Next rendering can be up to 200% faster than with previous versions. GPU speed increases continue to outpace Moore’s Law, so the benefits will continue to accrue in the future.

At a Glance: Chaos Group V-Ray Next for Rhino 3D

• Scene Intelligence analyzes a 3D scene at the start of a rendering, looking for ways to optimize common scene design decisions.

• New RhinoScript and Python support for additional automation and customization.

As if those raw speed increases for photorealistic rendering aren’t enough, the faster processing extends to V-Ray Scene Intelligence, Chaos Group’s new project control technology. Scene Intelligence analyzes a 3D scene at the start of a rendering and looks for ways to optimize the most common scene design decisions. Scene Intelligence includes a new lighting tool, Adaptive Dome Light (ADL). Chaos Group says it is a more accurate image-based lighting tool than they’ve offered in the past. Many product images require an interior setting, and the lighting is tricky. Chaos Group says ADL removes the need to add separate light portals for windows and other room openings. Scene Intelligence also benefits from a rewrite of the V-Ray camera. It is now possible to set exposure and white balance automatically, instead of the previous set-test-tweak-repeat process.

If you are running a newer NVIDIA GPU, V-Ray Next adds support for the NVIDIA AI de-noiser. “Noise” is rendering jargon for the fuzzy bits and inadvertent image processing errors that crop up when doing ray tracing to create a photorealistic image. The more complicated the rendering, the more noise gets created. In the past, de-noise work meant tweaking the complicated settings of light, refraction, materials and more. Apply automated de-noising to a designer’s frequent tweaking to get the look “just right,” and you have a significant time savings.

Speed increases are just one part of the V-Ray Next for Rhino story. There is also the new approach to workflow. Assets in visualization include lighting settings, materials, textures, geometry elements, render elements and preview settings. Designers also need to manage custom Python scripts and settings related to the popular Grasshopper (parametric design) add-on to Rhino. V-Ray Next users can work inside the Grasshopper environment to explore the creation of abstract curves and repeating patterns, as well as animate light, camera and Grasshopper/Rhino geometry definitions. This aspect of V-Ray Next for Rhino could lead to a lot of new topology exploration, with ramifications for the entire product design process.

Chaos Group considers V-Ray Next for Rhino a “next-generation” approach to visualization. There are other tweaks, changes and rewrites throughout the program. The user interface has been updated with a contemporary look and feel. Batch rendering and creation of snapshots (quick sample images for comparison) have been updated. And users can take advantage of both RhinoScript and Python programming utilities for additional scene management automation or digging underneath the interface for advanced features.

There’s more on V-Ray Next for Rhino than we can fit here. Check out today’s write-up and be sure to watch the video showing off all these new features.