Optimus Ride, with roots at MIT, is focused on building self-driving car technology for geo-fenced environments such as planned communities, college campuses, business parks, resorts, ports and airports, and special events where the route is contained to a limited and known area and where the speeds don’t exceed 30 miles per hour. 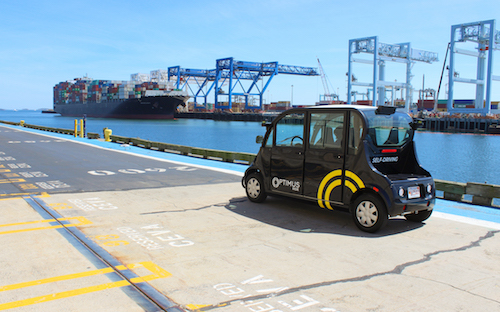 Amidst all the development hustle and bustle in the autonomous vehicle space, upstart Optimus Ride is signalling to pull into the revenue-generating lane with a pilot to provide last-mile transportation services to a planned community outside of Boston later this year.

Optimus Ride, with roots at MIT, is focused on building self-driving car technology for geo-fenced environments such as planned communities, college campuses, business parks, resorts, ports and airports, and special events where the route is contained to a limited and known area and where the speeds don’t exceed 30 miles per hour. In addition, unlike competitors like Google or Uber working on full-fledged autonomous vehicles, Optimus Ride is building a lightweight and low-speed electric hardware and software control system that OEMs and tier-one suppliers can tap to transform any vehicle into a self-driving model.

While there’s plenty of hubbub over the concept of autonomous vehicles, the technology is still pretty nascent and there’s a lot of development and testing work that needs to happen before individual self-driving vehicles become a commercial reality, according to Ryan Chin, co-founder and CEO of Optimus Ride. Therefore, the company is opting for a more practical approach by focusing on geo-fenced application of the technology, which limits the complexity of the engineering problem.

“We think the market is significant and can materialize faster because the technical challenges are less, the regulatory challenges are less, and from an adoption point of view, people are going to be more comfortable driving for the first time in an autonomous vehicle that is going at a lower speed,” Chin explains. “Trying to drive through Times Square in a rain storm is pretty tough to do today—we are optimistic about solving those issues, but it’s going to take longer.”

By limiting the technical challenges, Optimus Ride is nearly ready to take its technology for a commercial spin. The company has partnered with LStar Ventures, a real estate developer, to embark on what they claim is the world’s first revenue-generating autonomous vehicle pilot. The 18-month program calls for Optimus Ride to provide residents of the Union Point community in Weymouth, MA, with autonomous vehicle services within the 1,550-acre urban campus as part of a pilot initiative set to launch in November. The Optimus Ride mobility services will start with shuttle services to the local commuter rail station and expand out from there. 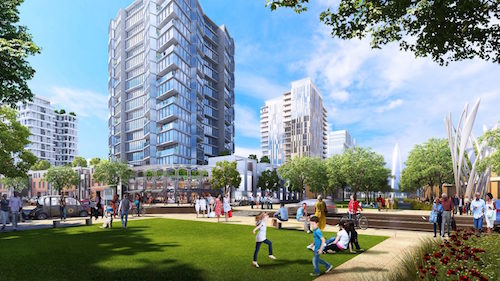 Optimus Ride has inked what it claims is the first revenue deal for autonomous transportation, with the Union Point development complex in Weymouth, MA. Image Courtesy of Optimus Ride.

While Optimus Ride isn’t onboard for vehicle design, it’s bread and butter is the hardware and control systems that deliver the autonomous capabilities. On the hardware side, the company combines a host of sensors, LIDAR, and other electronics with NVIDIA GPUs (NVIDIA is also an investor in the firm) as part of its system while also designing the waterproof enclosures, brackets, and wiring that attach the solution to the vehicle. The bulk of its engineering work is focused on the software controls to achieve full-stack autonomy.

Given its location in the high-tech Seaport area of Boston, Optimus Ride was quick to take advantage of Autodesk’s BUILD Space in the neighborhood, Chin says. The design team tapped Autodesk’s 3D printers to create rapid prototypes of its mounting system so LIDAR is placed at just the right position and calibrated, he explains. Fusion 360 was tapped to do early analysis of the designs and the CAM processes for producing the parts. Finished parts were also produced with the help of the BUILD Space using the on-site Markforge metals 3D printing platform to create carbon fiber reinforcements, he explains.

“It saves us time in terms of set up,” Chin says. “Sometimes we would have to send parts out to be made and that was time consuming. With 3D printing, we hit the go button and leave it, and you don’t have the labor cost of watching a part be made.”

Optimus Ride also tapped Autodesk’s generative design software to save time during the process, particularly in the concept for the mounting brackets for the system’s cameras. “We knew where the holes should be on the vehicle, but we didn’t want to spend a lot of time generating a form to connect those points,” Chin explains. “Using generative design tools, we could organically grow a form design that was useful for quick prototyping. It helped us design certain kinds of parts without spending a lot of engineering time to get something reasonable.”

Learn more about Optimus ride and its current revenue-generating pilot deployment in this video interview with Ryan Chin.